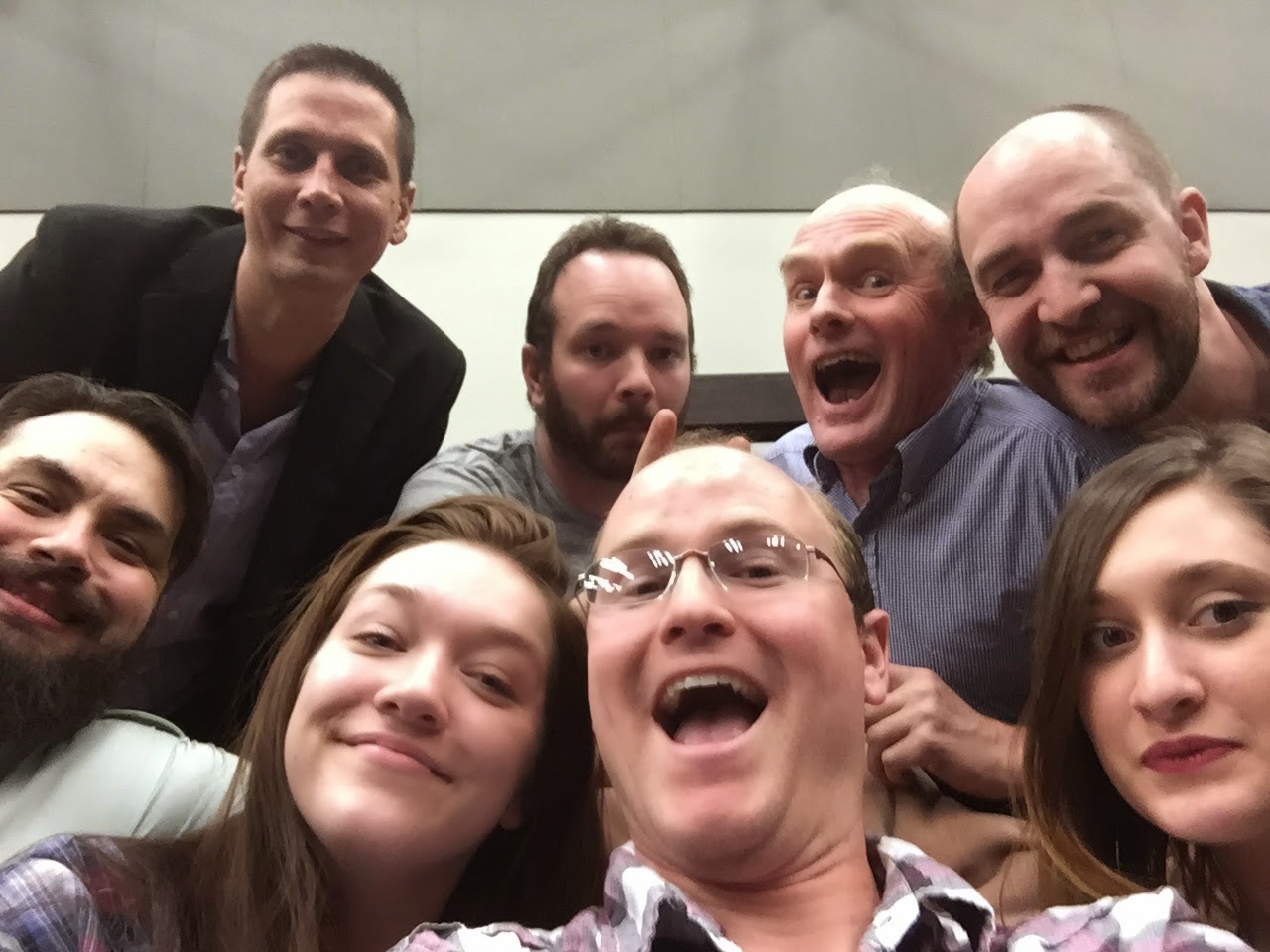 We open this show in three weeks.  Everyone is off book and we're now at the stage where layers start getting added: costumes, props, set, etc.  It's also the stage when the lines start to move from their heads to their hearts.

As the director, I have been watching the goings on and following the script.  Last night was the first time I didn't look at the book at all.  I saw many things I hadn't seen before: reactions, fascinating facial expressions, and awesome actor instincts.

Dave, Zenon, Tim, Chris, Michael, Jim, Leanne and Diana have done an outstanding job assimilating the notes and making strong choices.  This is a seasoned ensemble and the results are going to show in the finished product.

We will be doing a soft preview on Wednesday, May 13th, then opening the show on Thursday, May 14th.  As laughter is going to factor so much in the timing of everything, we wanted to get an audience in the house before officially opening The Odd Couple.  To that end, we'll be inviting some folks to a pay-what-you-can preview, with the full understanding that it is the final technical dress rehearsal for the production.  Like the actors, I am itching for an audience.

As I sat back and enjoyed last night's rehearsal, I was able to imagine how fun it would be to do the show in a non-theatrical setting.  My initial artistic vision was to do it with little to no set.  I'm fairly convinced that with a table and some chairs, a sofa, easy chair and coffee table, this group of performers could pull this off anywhere.

I'll never forget when Nathan Loitz and Andria Young took some of their fight work from Romeo and Juliet out to the schools.  They did their stunning fight choreography with imaginary weapons, and the students were transfixed.  People have great imaginations, and have a great capacity to willingly suspend their disbelief.

I hope you get your tickets soon for The Odd Couple.  It going to be so much fun.