I am guided by my intuition, small, barely perceptible, moments of inspiration.  Something told me that it would be a good thing to do a contest on my Russell Thomas Art Facebook page over the weekend.  Over 500 people have liked my page and I felt the need to thank them in some small way.  The answer came to me immediately.

People were invited to share what their favourite portrait is that I have done and why, for a chance to win a 12" x 12" quick study of a subject of their choice.  Response was overwhelming.  The most popular choices turned out to be the first Robin Williams, Albert Einstein, Mother Theresa, David Cardinal, and Elsie Yanik.  But there were many other interesting choices including portraits of Jack Layton, Wayne Gretzky, Bono, Dorothy McDonald, baby Keyleigh, and Chief Joseph of the Nez Perce, just to name a few.

My Uncle Clem, visiting from Vernon, did the random draw when the contest came to a close.  The winner was Gillian from Leduc who had chosen the mural of elder Elsie Yanik.  She asked me to paint her father, who also happens to be my childhood dentist from back home in Kamsack, Saskatchewan. 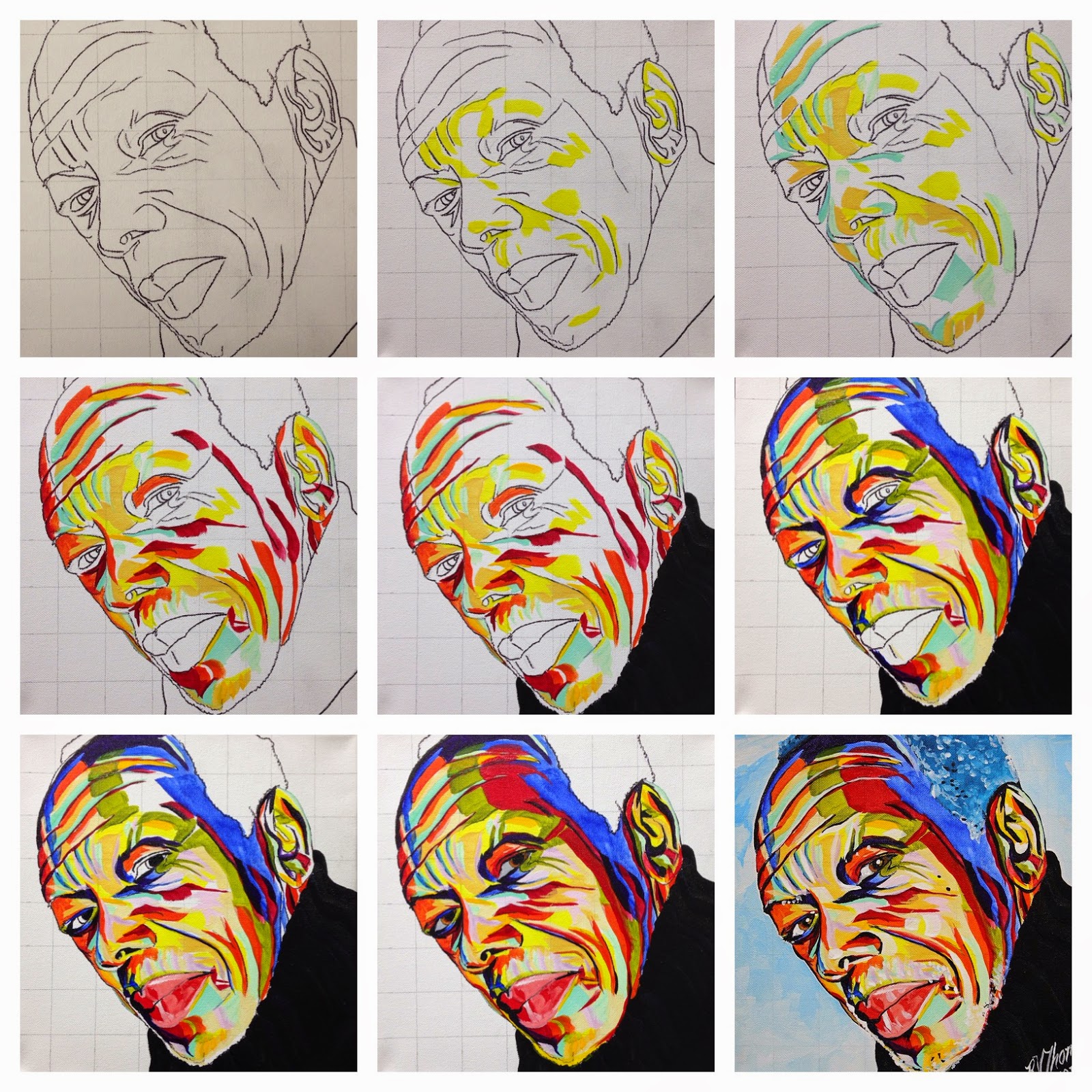 I did the quick study yesterday morning and shared it with Gillian immediately.  It will get shipped off to her later today.  If I had not followed my instinct to have the contest, then this painting would likely never have happened.  I'm grateful it did, and hope that it becomes a treasured family keepsake. 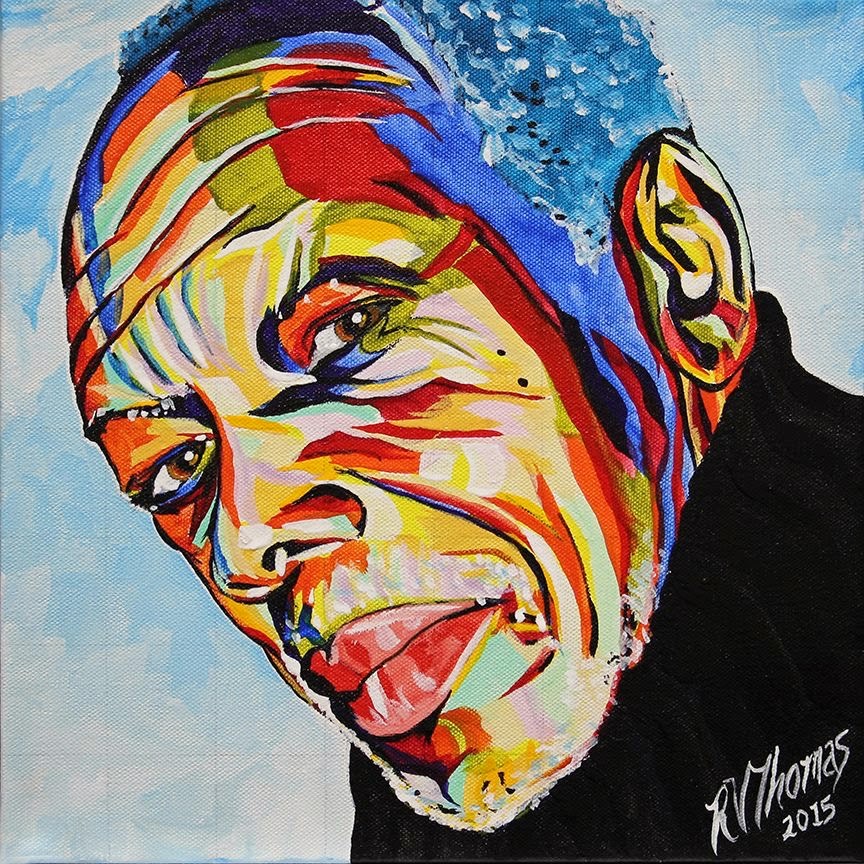 The question that gets asked most often about my paintings is how I select the colours.  The answer is by instinct, in the moment.  I don't go into a portrait with a preconceived notion of the colour palette.  As I go through the process, colours pop into my head and I apply them to the canvas.  Generally speaking I go from light to dark, but not always.  The sequence and the choices change each time.

I was alone in the house for much of Monday, as Heather and Ben were off to Vancouver for a little Easter holiday, and Dylan was down in Athabasca visiting with family.  My instinct told me it was a perfect day to do a second painting, a project that had been waiting for about four months - Jean Beliveau. 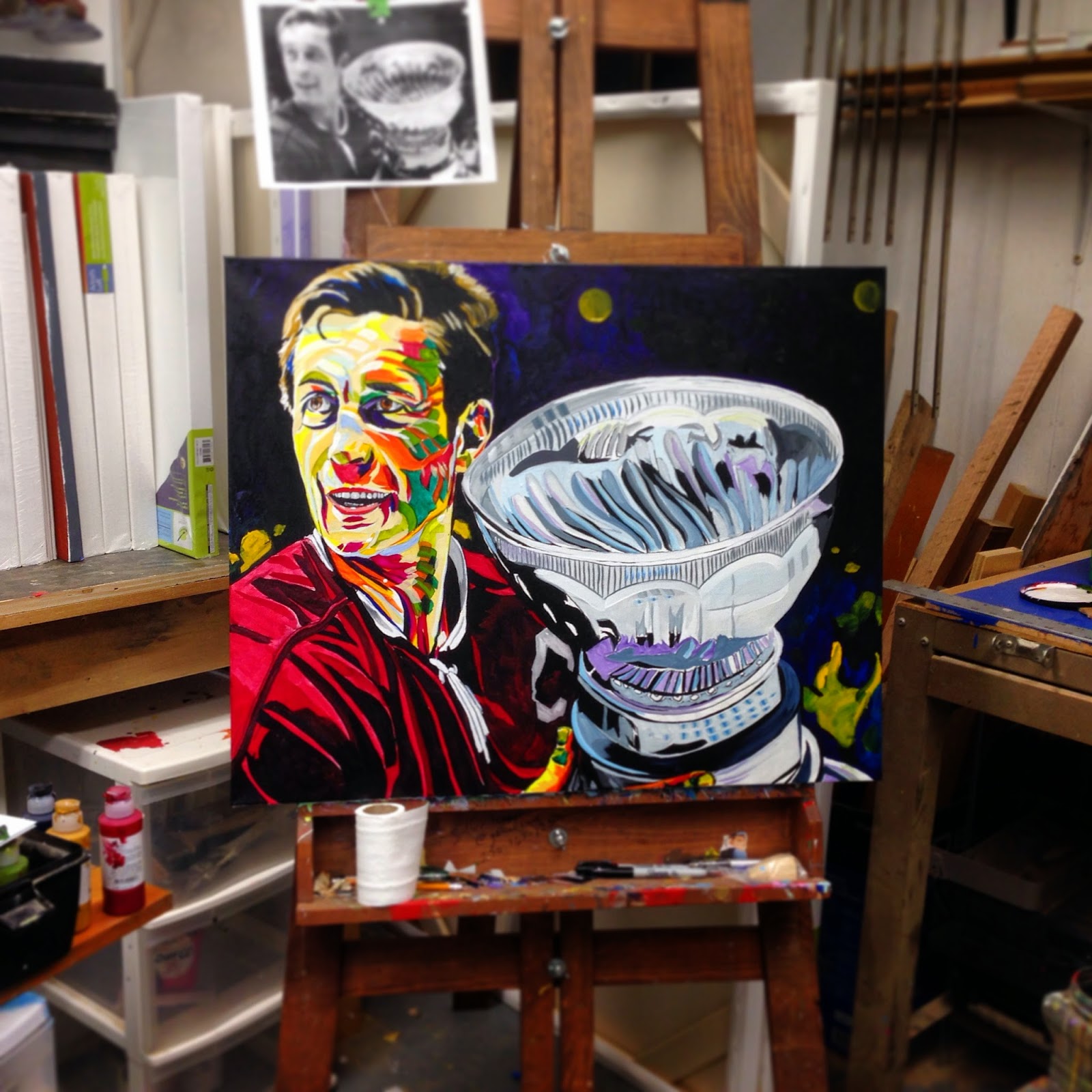 It was a challenging piece, as the Stanley Cup is a very complex subject.  I was pleased how it turned out.

After a long day of painting, my instinct told me I needed to hit the sack early.  I listened intently and was out cold by 9:15.