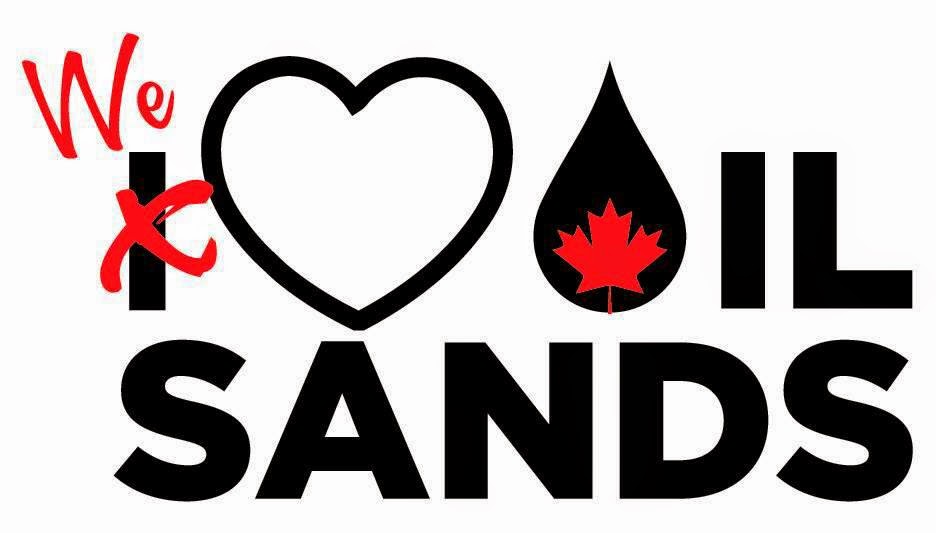 I have lived in Fort McMurray, the heart of the Athabasca Oil Sands, for almost 20 years.  This community, region, and the industry that surrounds us have sustained my family, and given us a quality of life that I don't take for granted, not for a single second.  I know that I am not alone in this sentiment, a fact that will be clearly seen tonight at the We Love Oil Sands Dinner. 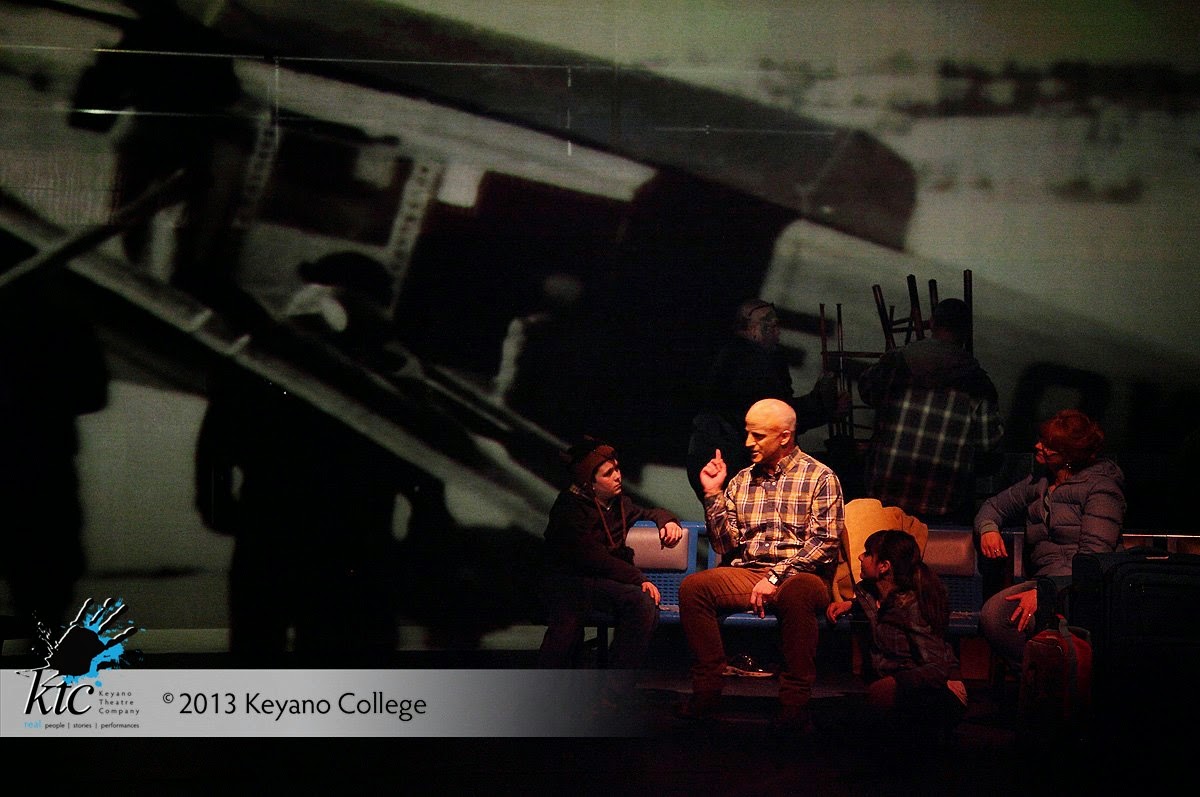 I have been inspired by the stories of innovation and pioneering that define this region's development.  I had the honour of sharing several of those stories in the 2013 Keyano Theatre Company production of Hometown...The Musical!, playing the character of Grandpa George, one of the first employees hired by GCOS (Great Canadian Oil Sands). 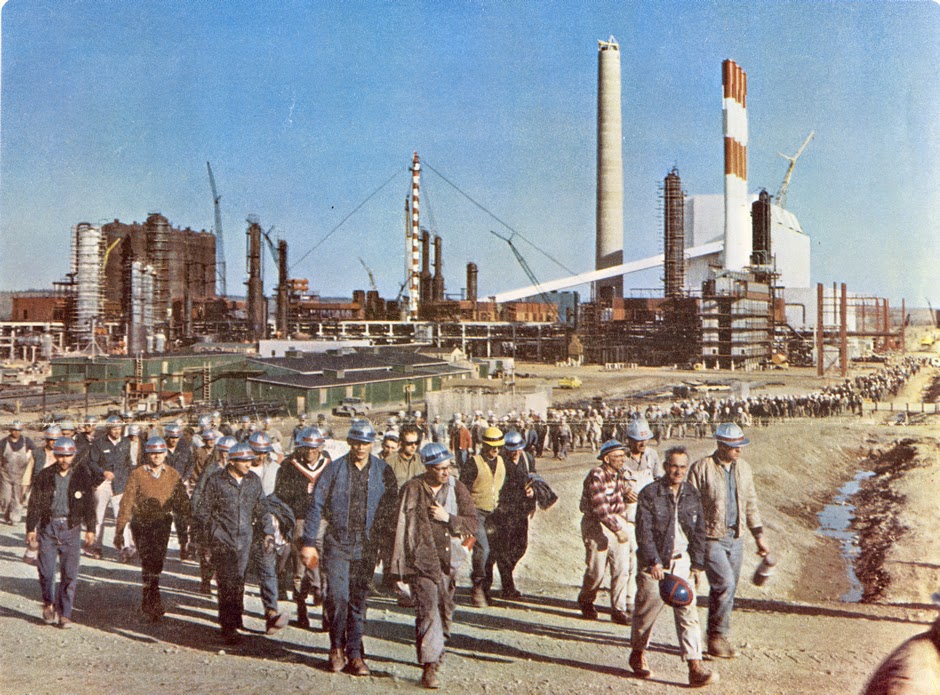 The oil sands development, as we know it today, is a grand accumulation of experiments, ideas tried and failed, and decades of innovation.  It is the result of good people with bucket loads full of tenacity, perseverance, determination and fortitude.  They overcame great adversity and muscled through equipment failures, plant freeze-ups, and myriad challenges - technical, mechanical, geological, chemical, electrical and otherwise - to bring us to where we are today.  My wife, my sons, my livelihood all stem from this unparalleled level of personal resolve and excellence.  Again; I know I am not alone in this sentiment. 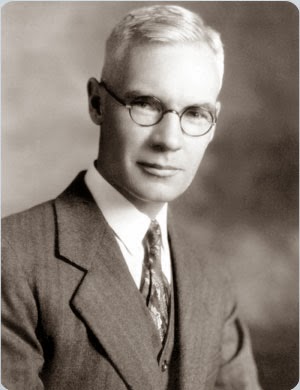 I was asked to consider doing a live painting at tonight's event, a painting that would be done in front of the hundreds of people attending and auctioned off, with proceeds going to HALOS (Helping Assist Local Organizations Society).  My mind immediately went to Dr. Karl A. Clark.  In the 1920s, he began experimenting with ways of separating and recovering the oil from the tar sand using hot water and a chemical reagent. 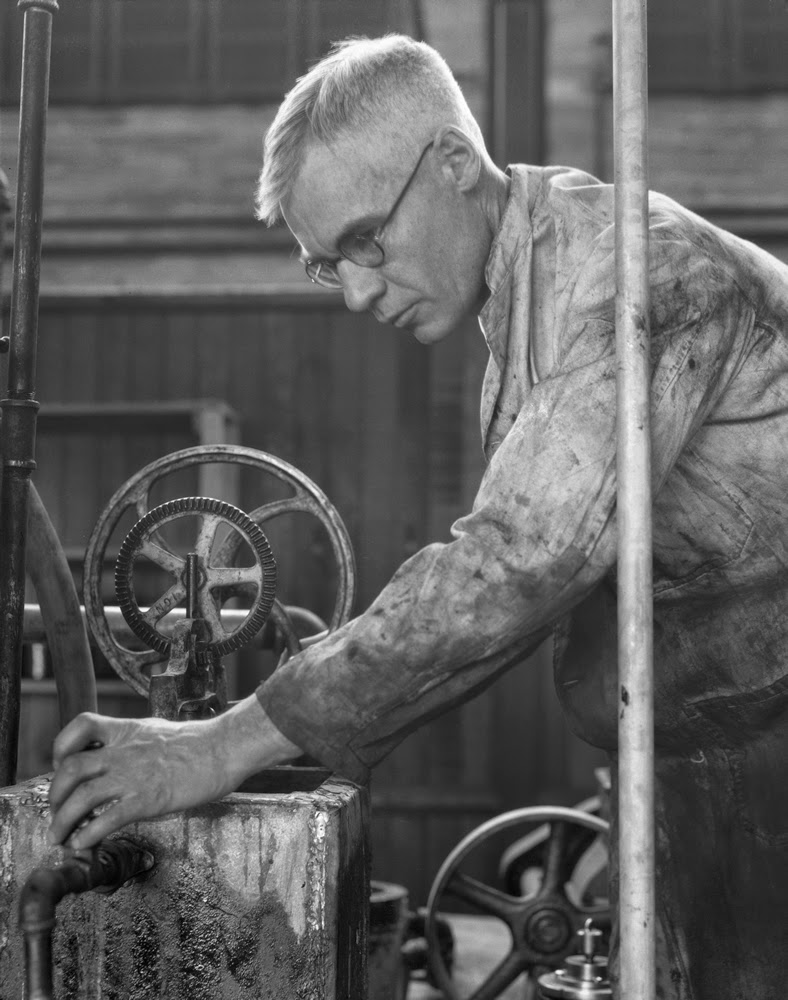 He continued his research with two pilot plants sponsored by the Alberta government, one at Clearwater in 1930, and the second at Bitumount in 1949.  The successful operation at Bitumount marked a milestone in the history of oil sands.  It proved conclusively that the hot water process he perfected yielded up a clean dry oil and was capable of being upgraded to commercial requirements.  Because of Dr. Clark, the oil sands were accepted as a legitimate part of the petroleum industry and he became know as the father of oil sands extraction as we know it today.  He died in 1966, just nine months before completion of the first major oil sands plant, GCOS, now known as Suncor.  Dr. Clark is also the namesake of the school that has meant so much to our sons Dylan and Ben.

Tonight, I will paint a one-of-a-kind portrait of Dr. Karl A. Clark in front of everyone as a tribute to the pioneering spirit, innovative thinking and resiliency that has built our community, region and industry.  There is a lot to acknowledge and celebrate.