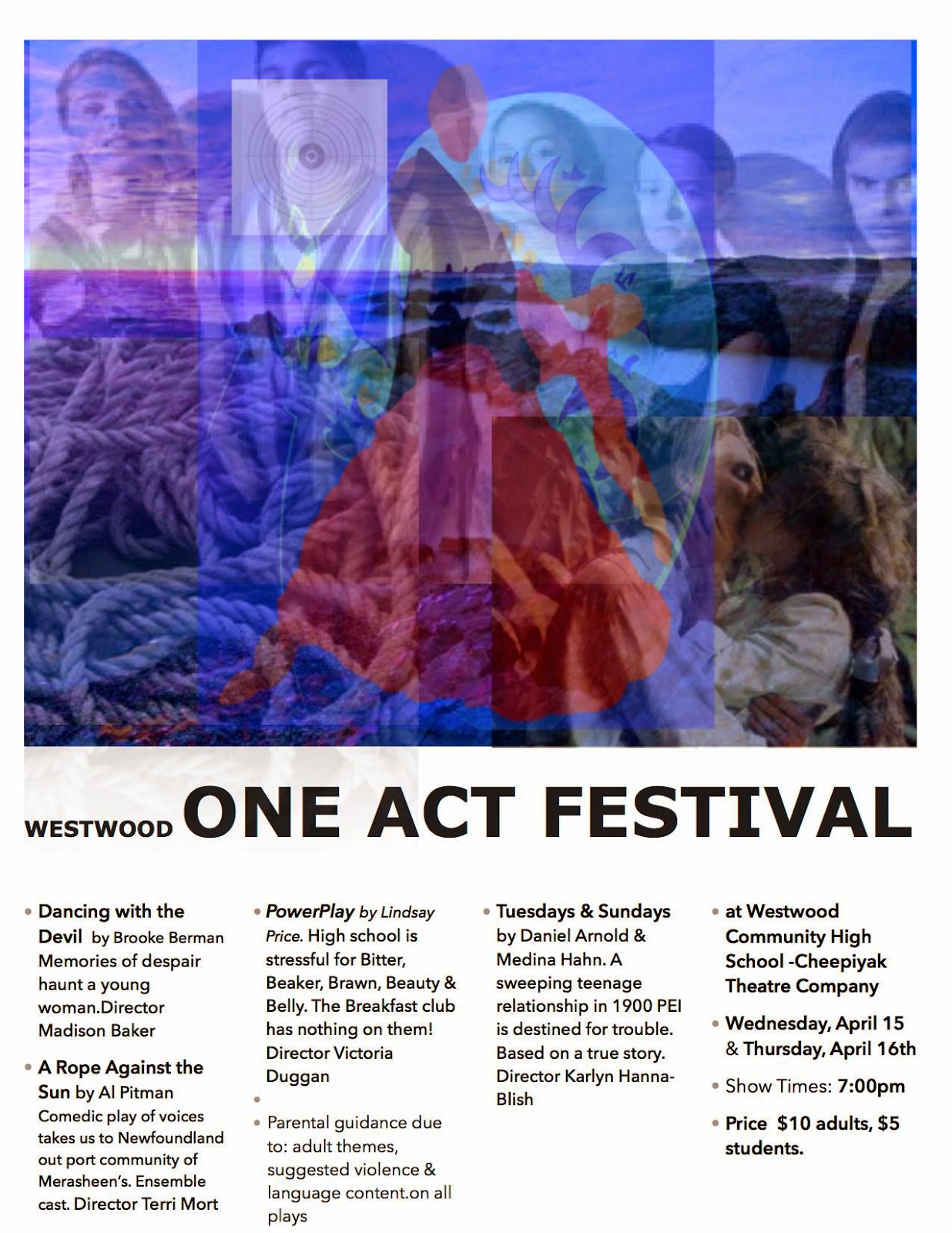 Unfortunately, I'm going to miss the Westwood One Act Festival this year; we have rehearsal for The Odd Couple both tonight and tomorrow night when the plays will be presented.  However, I was lucky enough to slip into a preview performance of A Rope Against the Sun, a one-act play written by Al Pittman.  My son Dylan is playing old Jake Connors in the show. 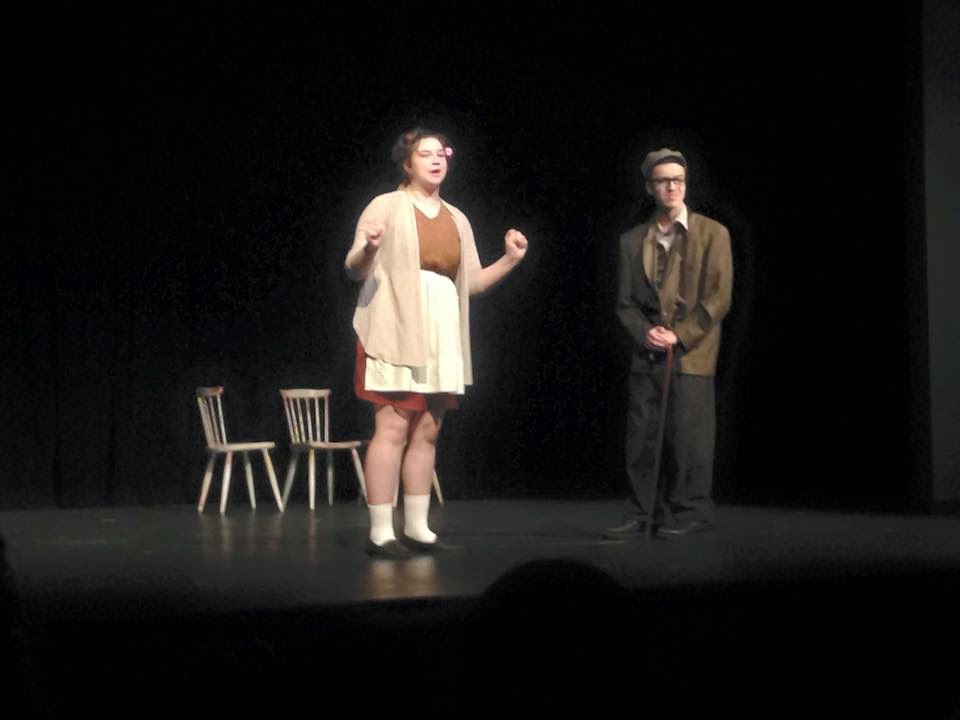 I'm always impressed by the quality of the shows I get to see at Westwood, and A Rope Against the Sun didn't disappoint.  As it was a preview performance, I don't have a copy of the program in front of me to properly acknowledge the cast; I only know the names of a few of the performers.

Lilly Roy opens the show as Nell, with her beautiful, plaintive singing.  Her chilling vibrato fills the small theatre at Westwood and sets the perfect tone for the poetic drama to follow.  Characters introduce each other to the audience, the fourth wall torn down like they the audience is a trusted confidant, an omnipotent judge and jury of the goings on in a fictional Newfoundland outport community.

Characters come in and out of the scene using costumes and a few props to give us a sense of place and circumstance. The rope is ever present, used by children for play, by the women to hang clothes out to dry, and various other ways through the one-hour play.

I enjoyed a lot of things about A Rope Against the Sun, primarily the way the ensemble worked together to keep their cues tight and the energy up.  We all had fun with the gender-switching scene, a chance to giggle and chortle as the men played the women and the women played the men.  I enjoyed being brought into this small rugged community and meeting its archetypes: the holy man, rollicking drunk, grumpy spinster, cantankerous old man, innocent virgin, curious kid and so many others.  They looked familiar, yet different; similar, yet completely unique. 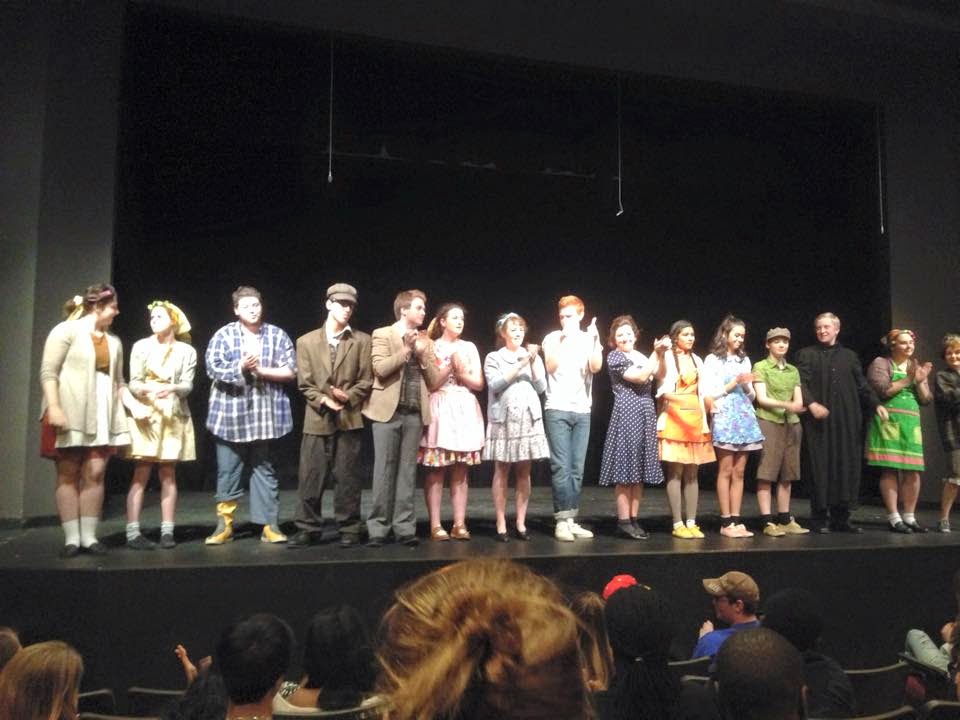 Kudos to Terri Mort and her hearty band of players for a solid performance of A Rope Against the Sun.  It will join Dancing with the Devil, PowerPlay, and Tuesdays and Sundays tonight (April 15) and tomorrow night (April 16) as part of the Westwood One Act Festival.  Curtain is at 7 pm.  Tickets can be purchased at the door: $10 for adults, $5 for students.  Best of luck to the casts and crews as they travel to Athabasca for the regional festival this weekend.