I arrived at the We Love Oil Sands dinner and dance just before the guests were let in.  Thankfully, I ran into Trevor Watson, one of the technical masters running the sound and lights for the event.

"I'll take you in the secret way," he said, allowing me to bypass the Jerry Neville red carpet.

It was probably about 6:30 when I actually started painting.  Guests trickled in as I applied my yellows, light green, light blue and orange.  Soon the place was packed and the energy was humming.

I had brought ear protection, in case the sound became too much for my aging ears.  They went unused in the end, as I absorbed the rhythms and flavours of what was going on around me.  I also had many people come up to chat, ask about commissions, and share positive comments about the painting that I was doing of Dr. Karl Clark.

"Who was Dr. Karl Clark?" asked Robbie Picard, organizer and emcee of the event, as he stuck a microphone to my face during his kind introduction.

"He was the father of oil sands extraction," I said.  "He's the guy that figured out how to used hot water to separate the oil from the sands.  If it was not for this guy, none of us would be here tonight."

As part of the program, many community leaders were invited to the front to share, in one minute, why they love the oil sands.  I was pleased to hear several people include Dr. Clark in their compelling testimonies.

Just before they began the dancing portion of the evening, Mark Armstrong from CRUZ FM began the auction of the painting, with all proceeds going to HALOS (Helping Assist Local Organizations Society). The bidding started at $500 and went up, slowly at first, then into the thousands.  In the end, Robert Vargo, owner of Alberta Motor Products, bid $10,000 and announced that he would be donating the painting to Dr. Clark School.  Then Doug Golosky, another bidder, threw in an additional $5,000 for HALOS.  I was shocked and delighted that so much had been given through the conduit of my portrait of Dr. Clark. 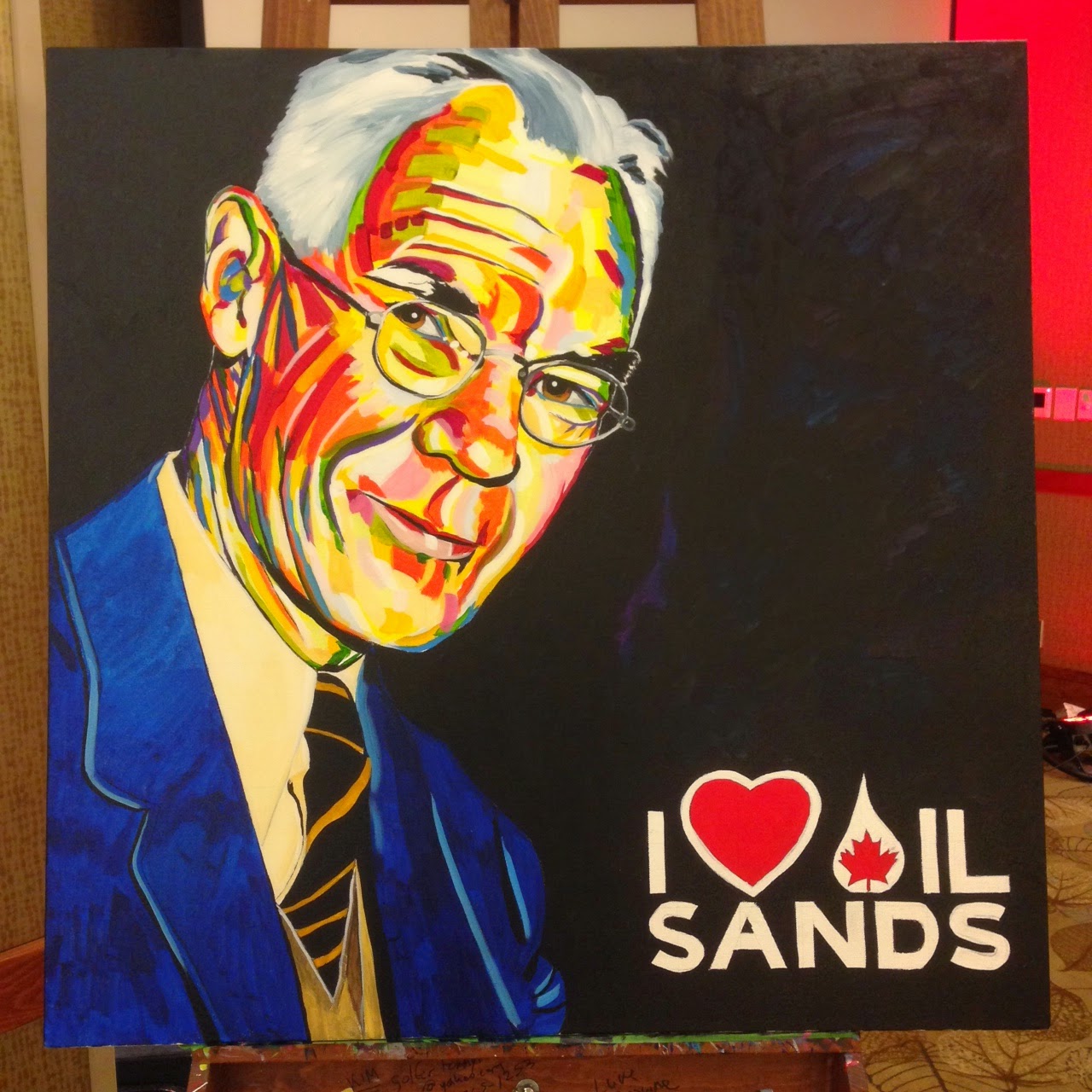 I'm grateful to Robbie Picard and Kim Farwell for asking me to do this project, and to the many people who were so kind in their comments last night.  It was a great way to spend an evening and it produced an extraordinary result.  I also grateful and humbled that Mr. Vargo will donate the painting to the school that has meant so much to my sons Dylan and Ben.
Email Post