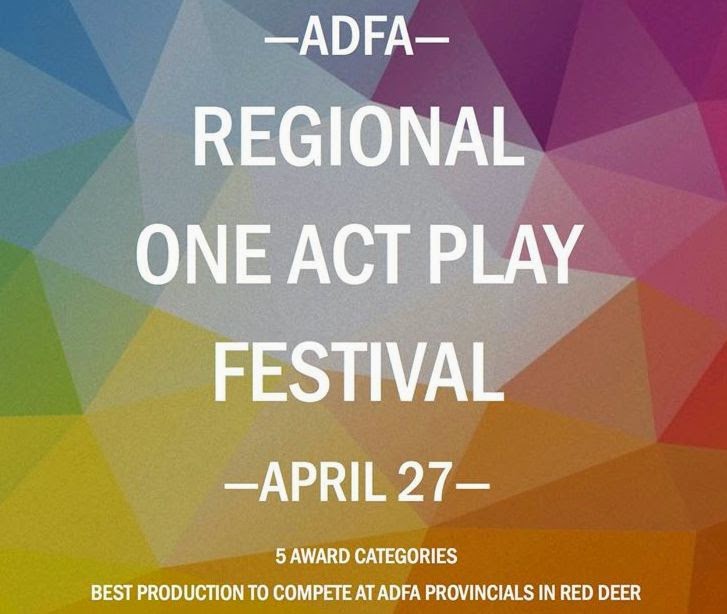 I am so glad that I went to the Regional One Act Play Festival last night.  A theatre full of supporters enjoyed two powerful performances by women.

The significance of a "theatre full of people" cannot be under appreciated.  In the past, there have been modest houses for this particular event: 30, 40, or 50 people.  Last night, there appeared to be over 150.  I suspect the turnout had to do with the people involved, their connections and great use of social media marketing.  But it says something deeper about the health and vibrancy of theatre in general, and its importance in the cultural health of our community.

"This event is not focused on winning awards," said Misty Oakes, the ADFA representative at the start of the evening's program.  "It is about telling human stories and making connections."

Pattie Dwyer wrote, directed and performed Mountain Top, an entrancing one-person show about Taddy, a lady from the deep south of the United States reflecting on her childhood and her "bestest" friend Rosa.  She explored the racial divide that existed then, and sadly, still exists -illustrated by ongoing events in Baltimore.

A strong ensemble directed by Michelle Thorne performed The Most Massive Woman Wins by Madelaine George.  "A play about shedding the pounds of emotional baggage and the negative experience we allow to weigh us down," wrote Thorne in her director's notes.  Sometimes, the hardest love to give is the love we need to give to ourselves.  Jenn Townsend, Jillian MacDonald, Diana Moser and Jillian Patton were exceptionally strong and brave, exposing themselves emotionally and physically.  It was a powerful piece that made me squirm in my seat a few times.

Adjudicator Valmai Goggin succinctly highlighted the strengths of both shows and talked, in a very general way, about the path forward and how both can become even stronger.

I love that local actors and artists, Zenon Campbell and Melba Seta, were engaged to create a number of the awards.  Having something completely one-of-a-kind and made with love reflects the spirit of community theatre.  It was a lovely touch. 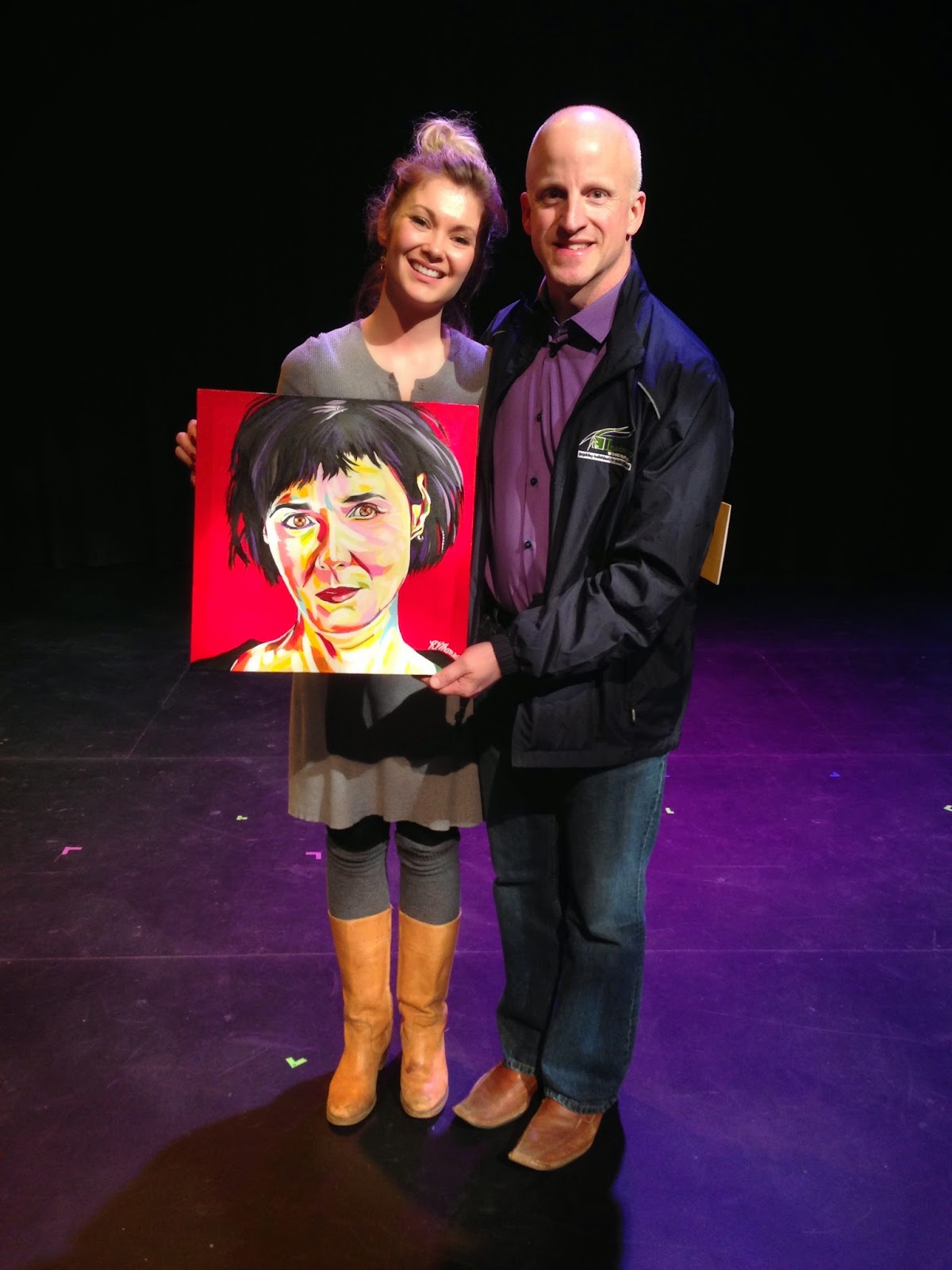 Misty had asked me to consider painting a portrait of Linda Griffiths two weekends ago.  It was kept under wraps until it was time to announce the winner of best production.  Mountain Top by Pattie Dwyer will be going on to the provincial festival in a couple of weeks.  That the painting will have a home with Pattie is one thing, that Pattie actually had a connection with Linda Griffiths is extra meaningful.  It felt lovely being on that stage getting our picture taken together with the portrait - Pattie and I did the theatrical dance in Wait Until Dark about 10 years ago.

People in the rest of the province are going to begin to wonder what is in the water up here, as the quality of the work is so consistently great.  Last year's entry from our region, Louis and Dave, won Best Production in Alberta in 2014.  I would put my money on Pattie for 2015, though the awards are superfluous.  The richness and value is in the story being told and the message it delivers about fear, hatred, life, death, and ultimately, love.

I kept thinking that our community is ripe for the re-emergence of an interPLAY-like festival or the creation of a Fort McMurray Fringe.  In the last few months we have seen staggeringly good performances at Keyano Theatre Company, local high schools, and now at the Regional One Act Play Festival.  We need to create a playing space in the summer where ideas can be explored, shared and appreciated.  I am in awe of what we saw last night, and supremely proud of the many artists who put their hearts and souls into Mountain Top and The Most Massive Woman Wins.  A summer theatre festival would give a chance for these plays, and others, to stretch further, share their stories wider an make more human connections.
Email Post