Bringing down the fence 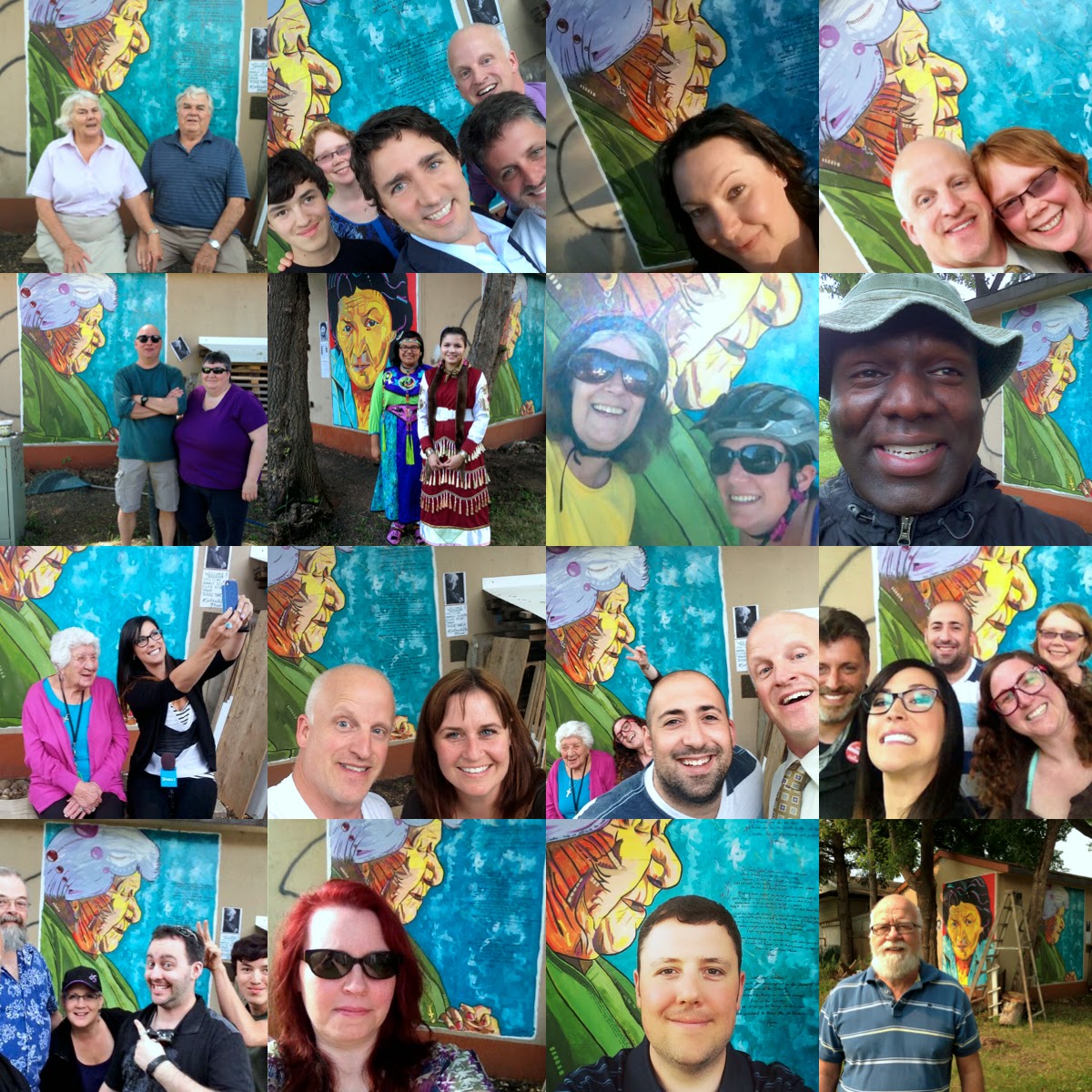 As I've been on this mural painting journey the last couple of weeks, I've thought a lot about fences, and the things that divide us as human beings.  The back alley was that No Man's Land that I'd visit sparingly, the storage spot for election lumber, and the burial place for the last furry friend we had about 10 years go, before we found out about Ben's massive allergy to cats.  Once in awhile, I'd go back there to trim the jungle, but it was rare and certainly inconsistent.

The inspiration to paint Elsie, and then Dorothy, both were preceded by an insatiable desire to clean,  to bring order to chaos, and make reparations for years of neglect.  I can't explain the need to cut through the dandelion forest, or rake up seasons of detritus, only that it was there and I couldn't ignore it.

Even after the completion of the two murals I've continued cleaning, turning the two lot length of the back alley into a pristine, peaceful and perfectly kept oasis. 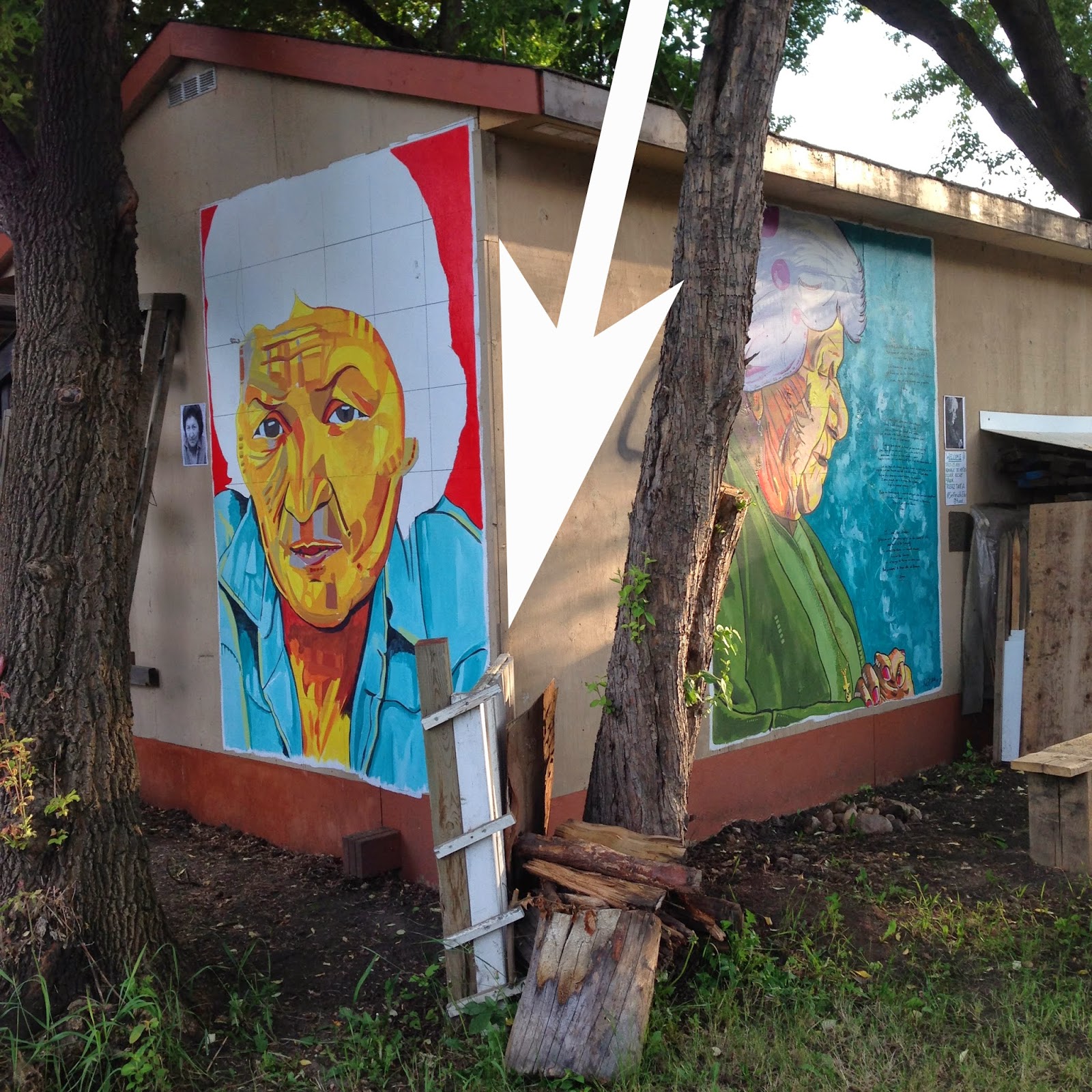 In the heat of the moment, dripping in sweat - as it was so humid yesterday - I glanced over and noticed the little three foot fence jutting out from the corner of the shop, splitting the air between Dorothy and Elsie.

"What the hell is that there for?" I said to myself.  As I stood there looking at it, trying to remember what function it once served, I realized that it had to go, that it was the great divide between spaces.
It served no purpose whatsoever, in fact, it split the energy - thinking of our Feng Shui friend Katherine. 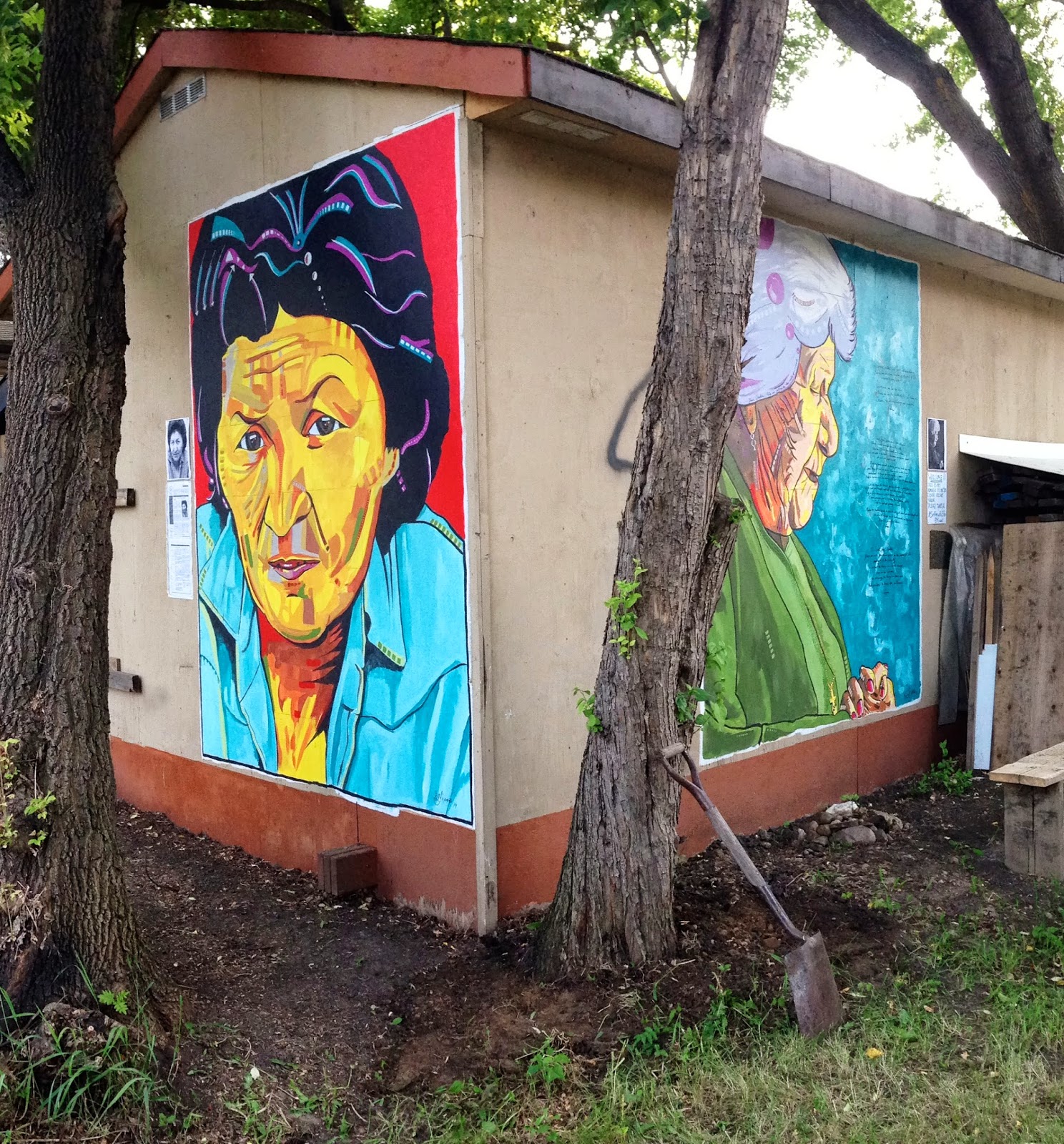 I grabbed the drill and hammer from the shop, and proceeded to bring down the fence.

The difference is remarkable, the energy transformed.

I'm guessing that between 30 - 40 people have dropped by for a visit, either on their own or in small groups.  They each took a pause in their busy lives to seek out and find this unlikely display of public art in a hard-to-find alley that splits Demers Drive and Hill Drive. The process has also resulted in neighbours talking to neighbours, and even a random visit by a national political leader.

I was doing play-by-play of the election results last night when I decided to take a break.  As I stood up and glanced out back, I noticed a flash of colour, several people who were obviously looking at the murals. 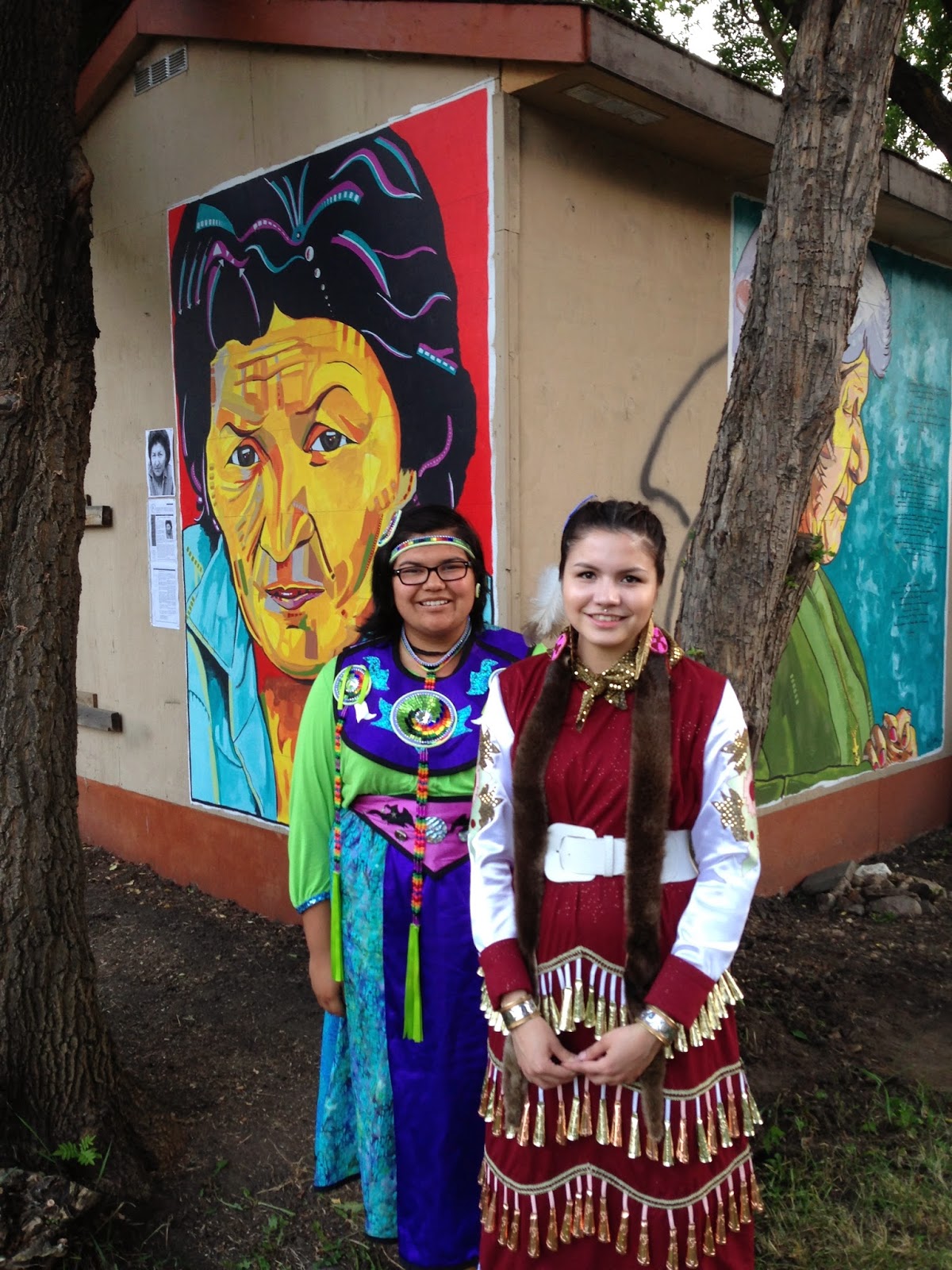 I'm so glad I stood up when I did, as the visitors turned out to be two of Dorothy's granddaughters, Feather and Taylor, beautiful in their traditional dresses.  Garry Berteig, a revered artist, photographer and videographer, originally from Saskatchewan, and a long-time resident of Fort McMurray, was also with them.  He was very encouraging in his comments, which I truly appreciated.

I wonder about the fences we build around ourselves without even realizing it.  Are we closing ourselves off, limiting potential, inhibiting the flow of energy and opportunity?  Do our fences protect, or do they separate, divide, and isolate?

I've observed an abundance of connection, reflection and positivity through this creative, restorative process.  It required going beyond the fence to make it happen.  There is a life lesson there to be sure.
Email Post