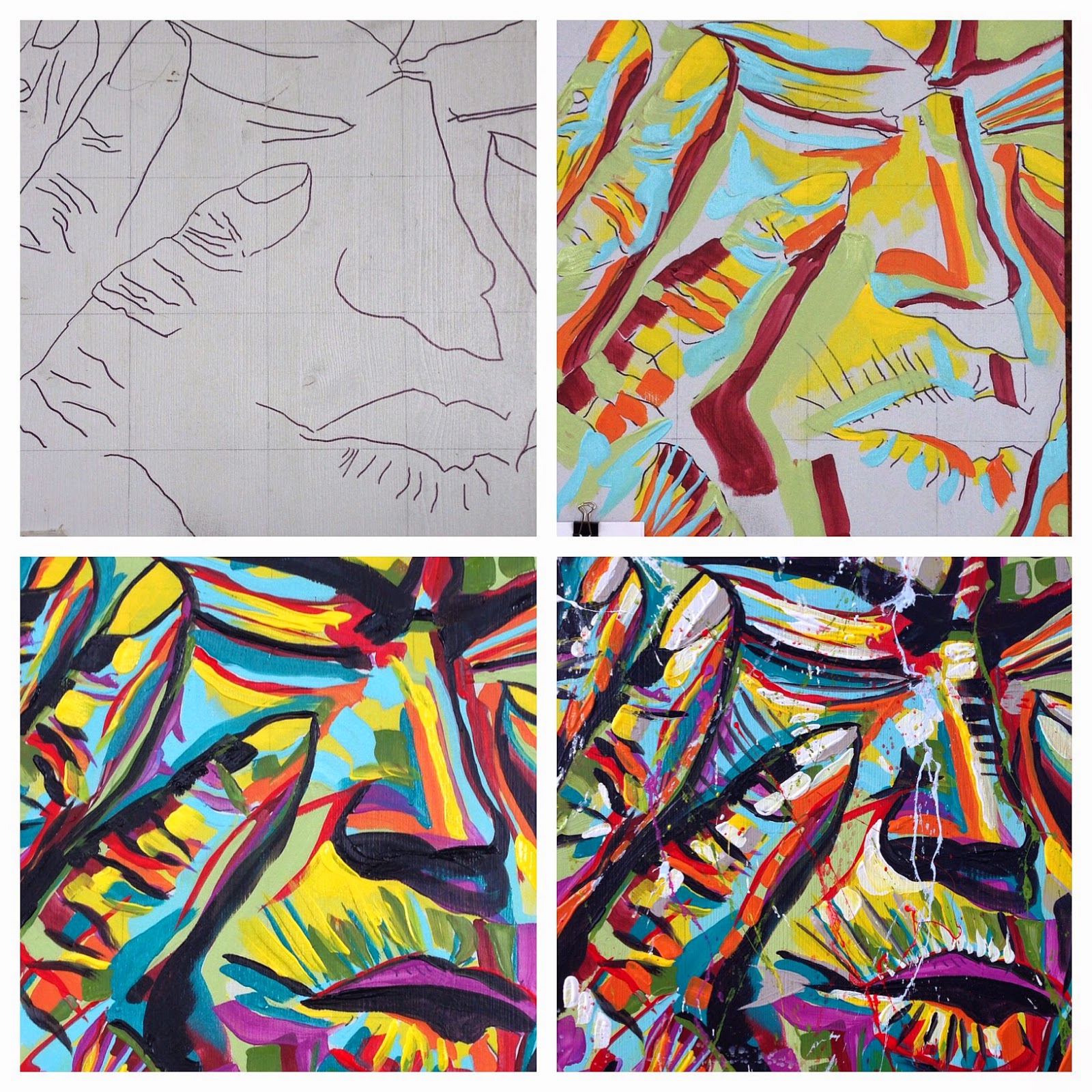 As I was cleaning up after finishing up the mural portrait of Dorothy McDonald, the first female Chief in Alberta, who passed away on Remembrance Day 2005, I had a crazy idea.  I would use the back of my election signs to start a new series of portraits.  Hell, I have dozens and dozens of those, so my supply would never run out.

Then I spotted a pre-painted 16" x 25" piece of pine.  I knew immediately that it would serve as my next canvas.  Bear in mind that at this point, I had no inkling of what the subject might be. 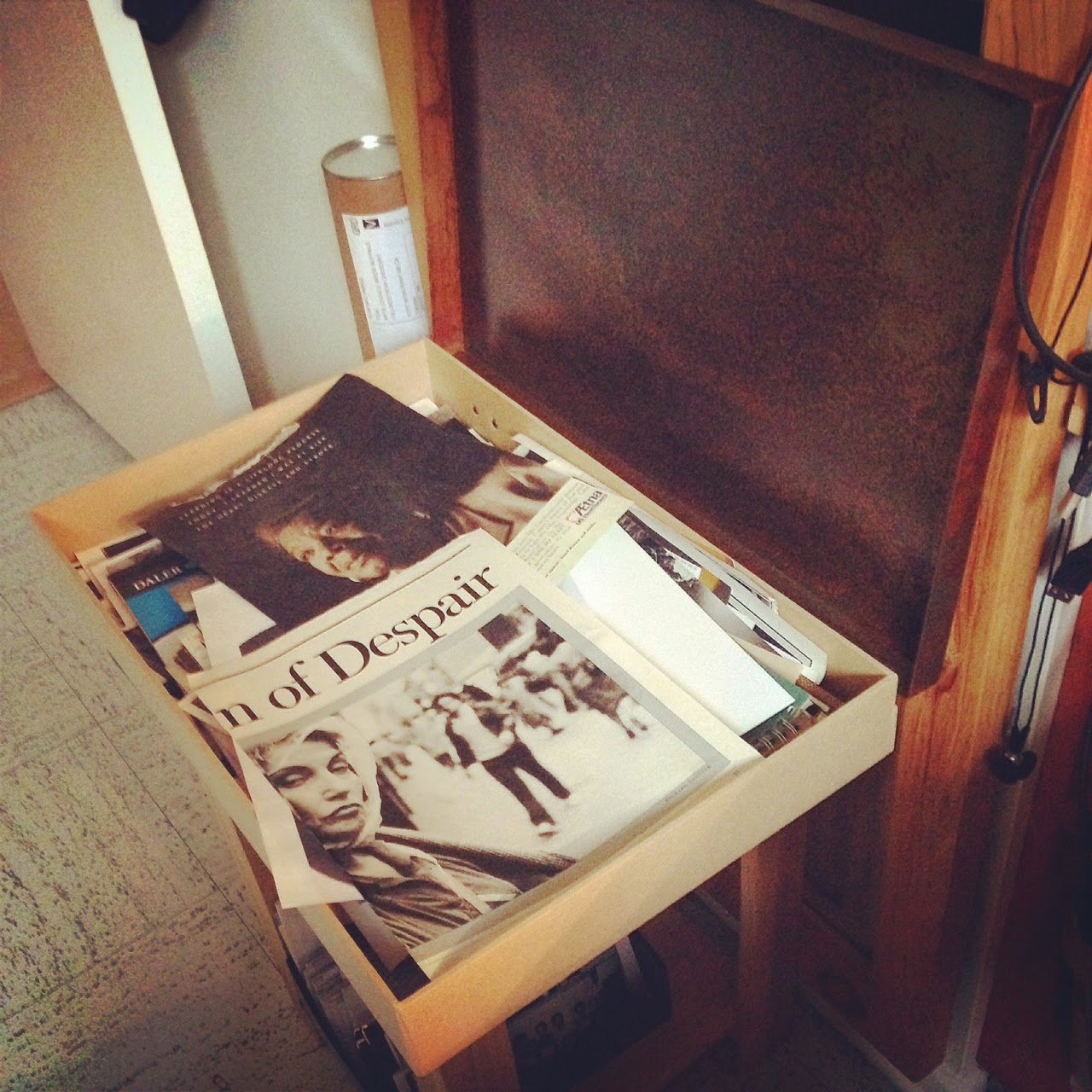 That was when I went to my idea box, a treasure trove of images cut from magazines that sits to the left of where I am working right now.  I thumbed through the pile until I came upon an old clipping of a jazz trumpet legend. 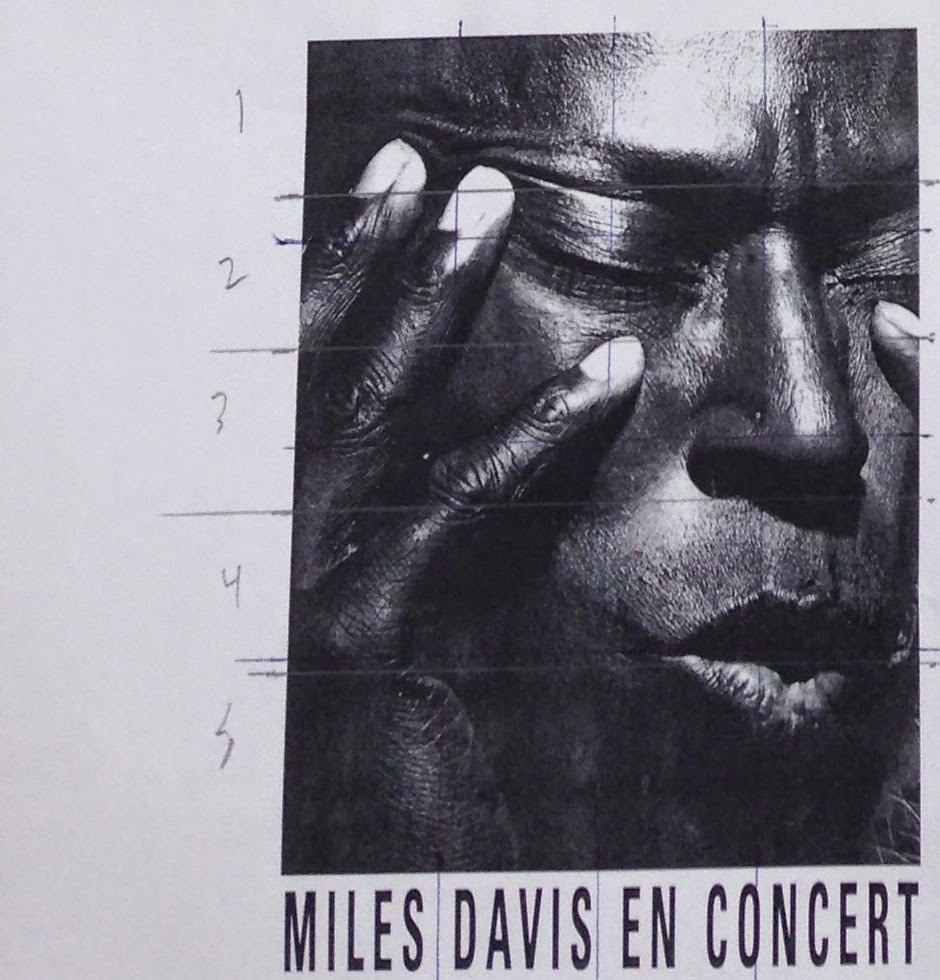 I had painted this picture of Miles Davis about 15 years ago, a study in yellow, black and white if my memory serves me correctly.  Or maybe it was blue, black and white.  I'm not sure as I don't have a photograph of the piece.  It is with Dylan's mother's cousin somewhere in BC.

Seeing the photo caused a longing, to once again make Miles emerge from the canvas, only this time it would be a study in colour, and instead of a traditional muslin canvas it would be a piece of laminated pine. 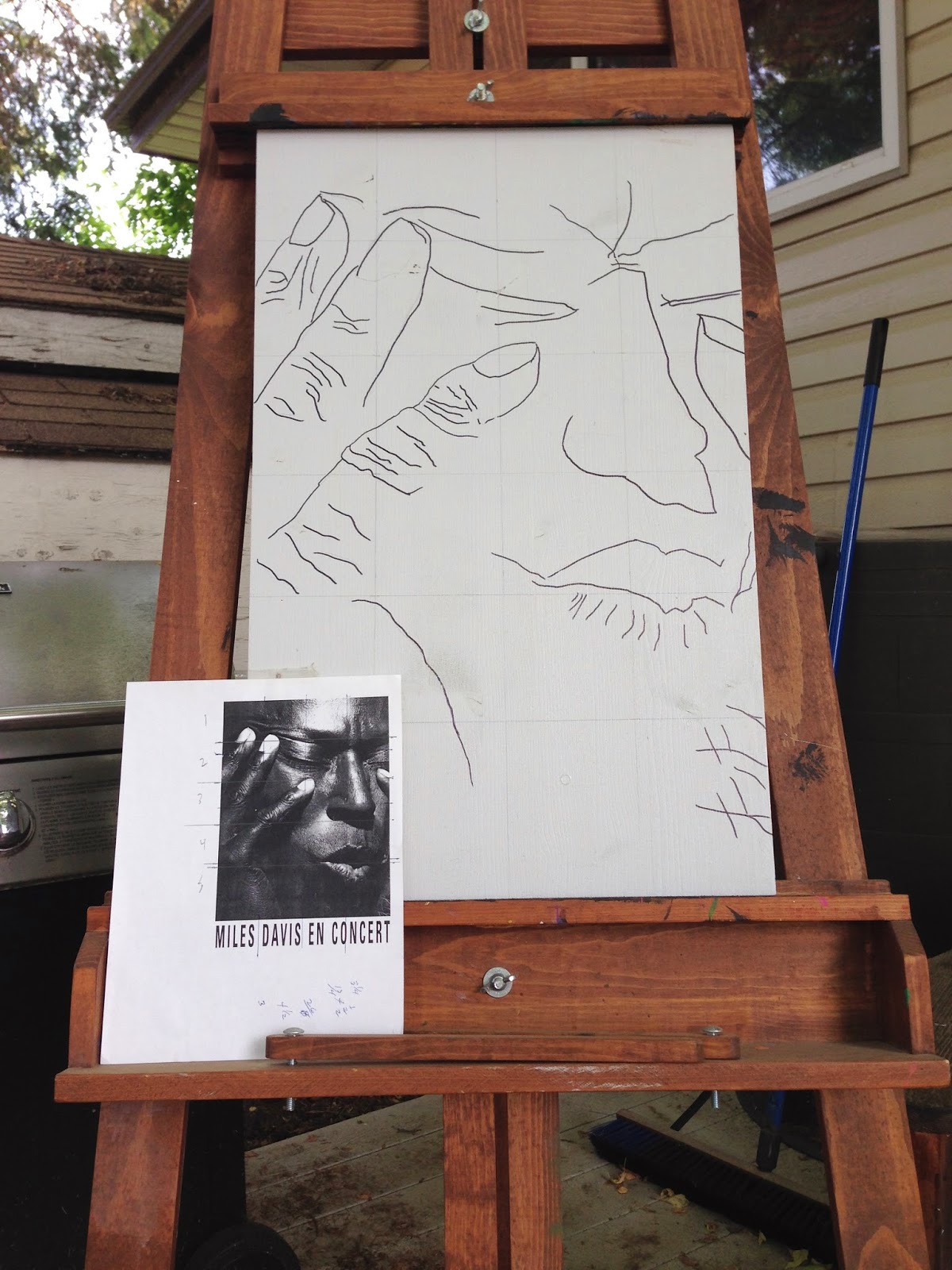 I set up my easel on the deck, sketched out the fingers and facial features, then started adding yellow, then orange, then purple, green, red, turquoise and black. 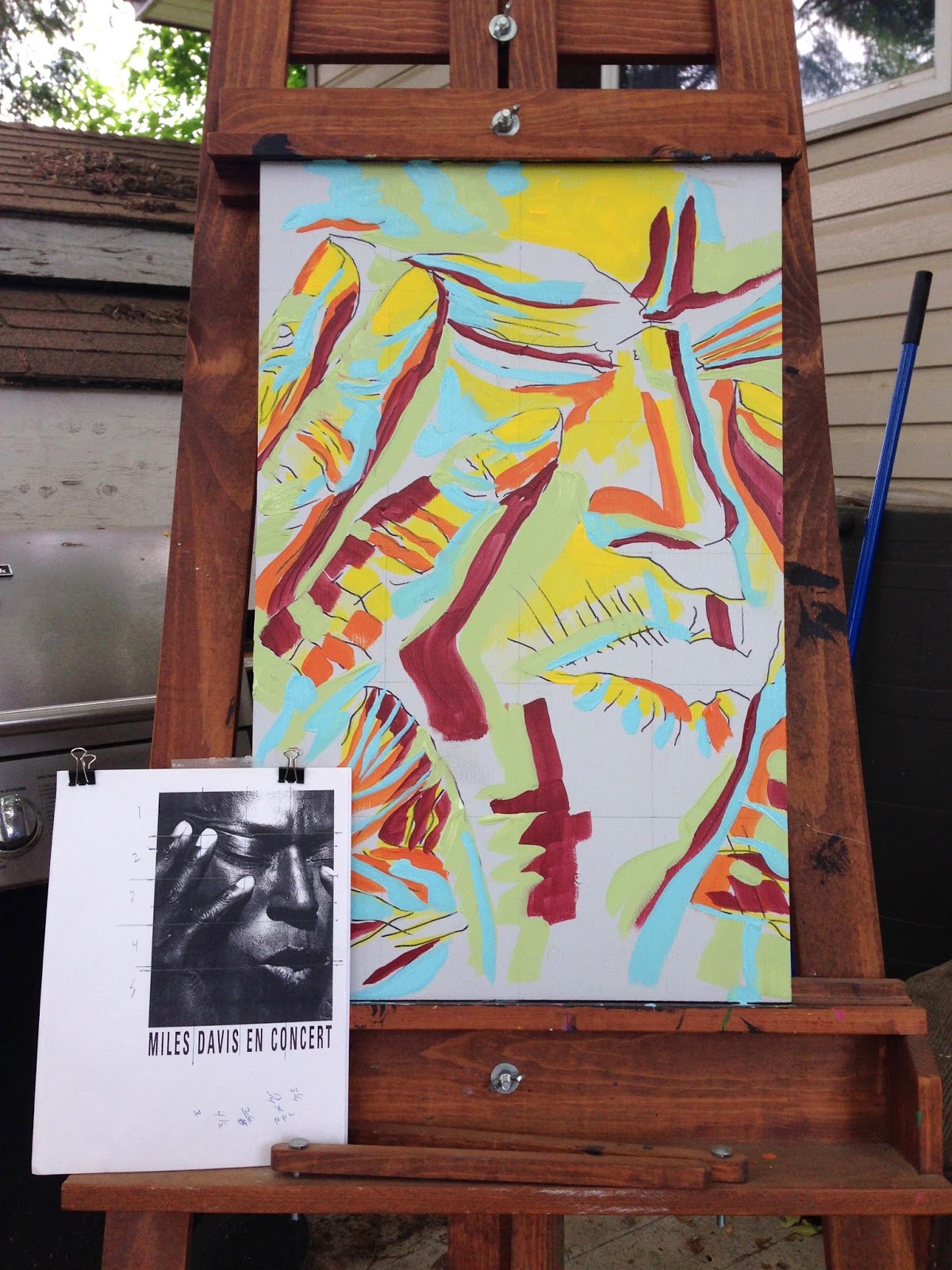 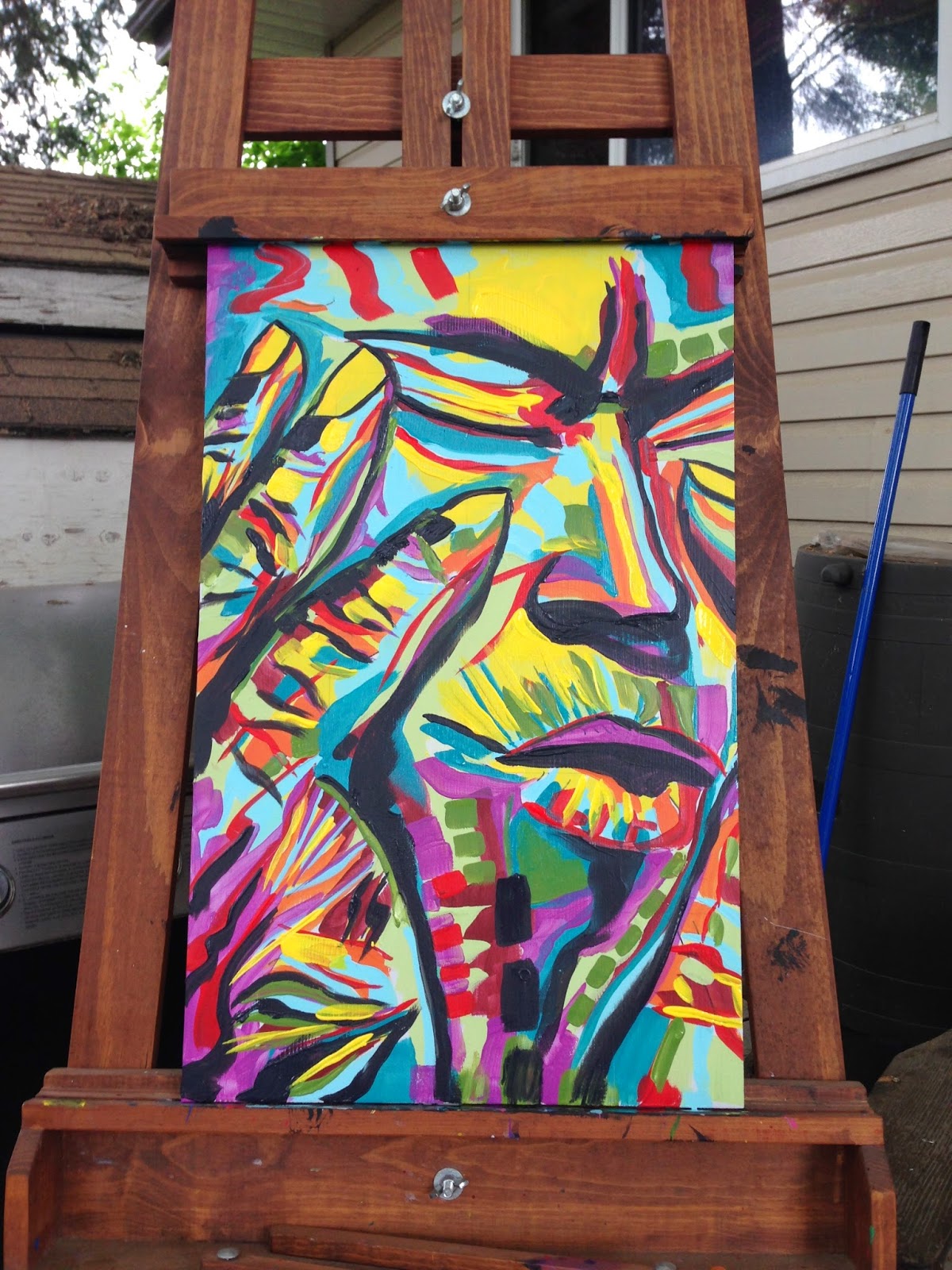 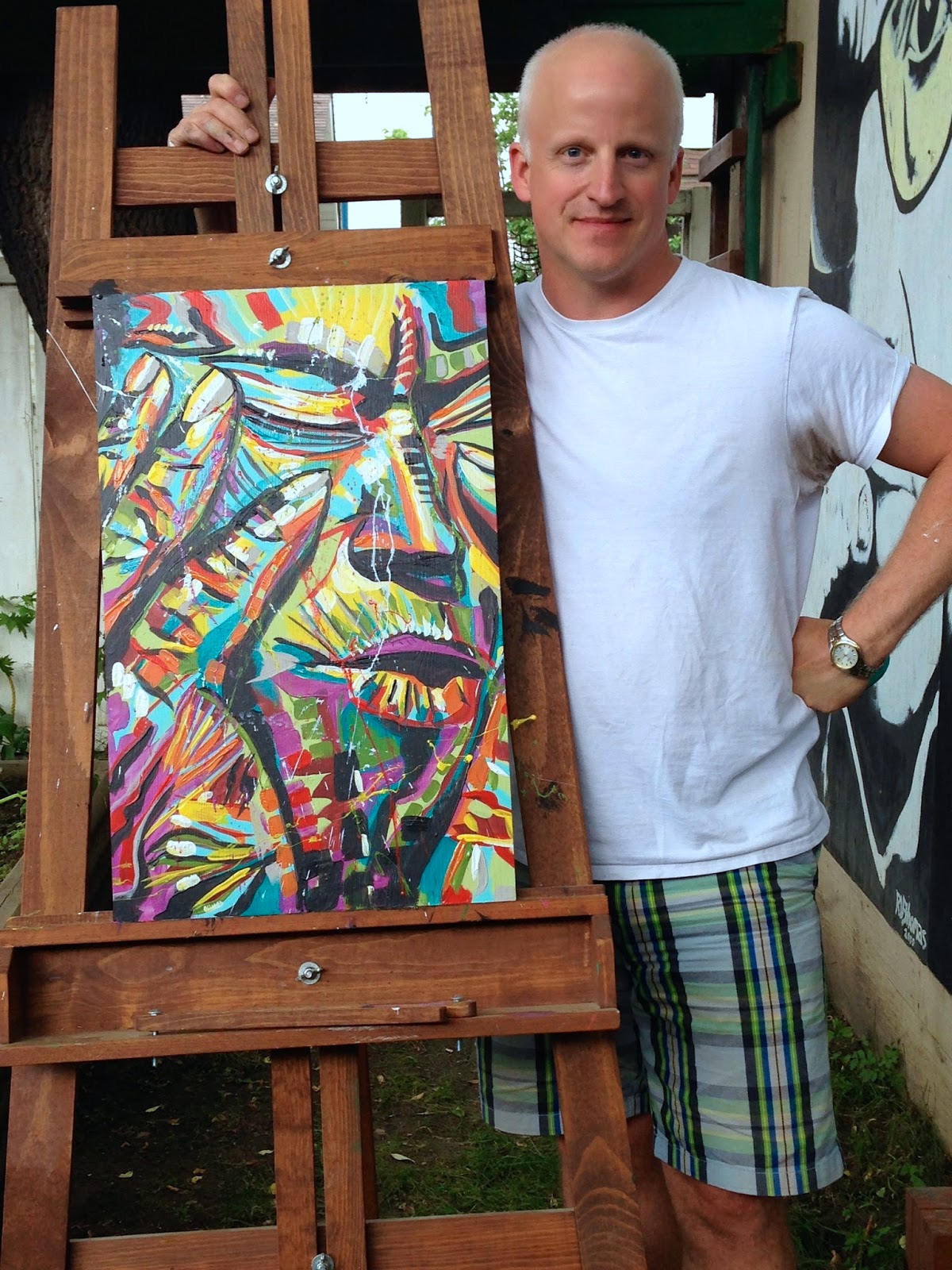 Sweeps, dabs, splatters all combined to produce a pretty interesting study.  It took all of three hours to get to the point where I was ready to add my signature - one of the quickest paintings I have ever done. 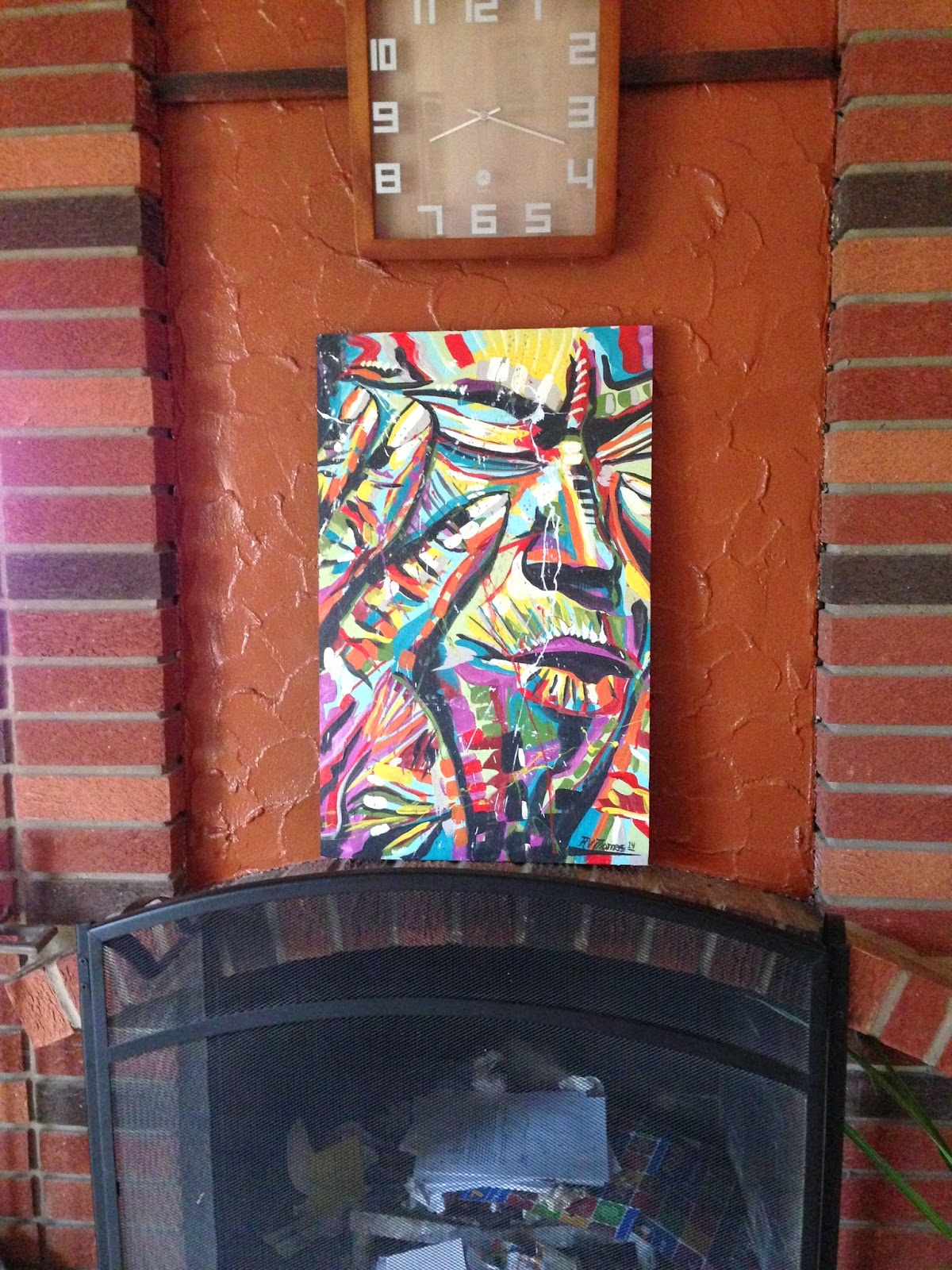 Miles is up above our fireplace, where he'll stay until September when Claude comes back to town to pick him up. 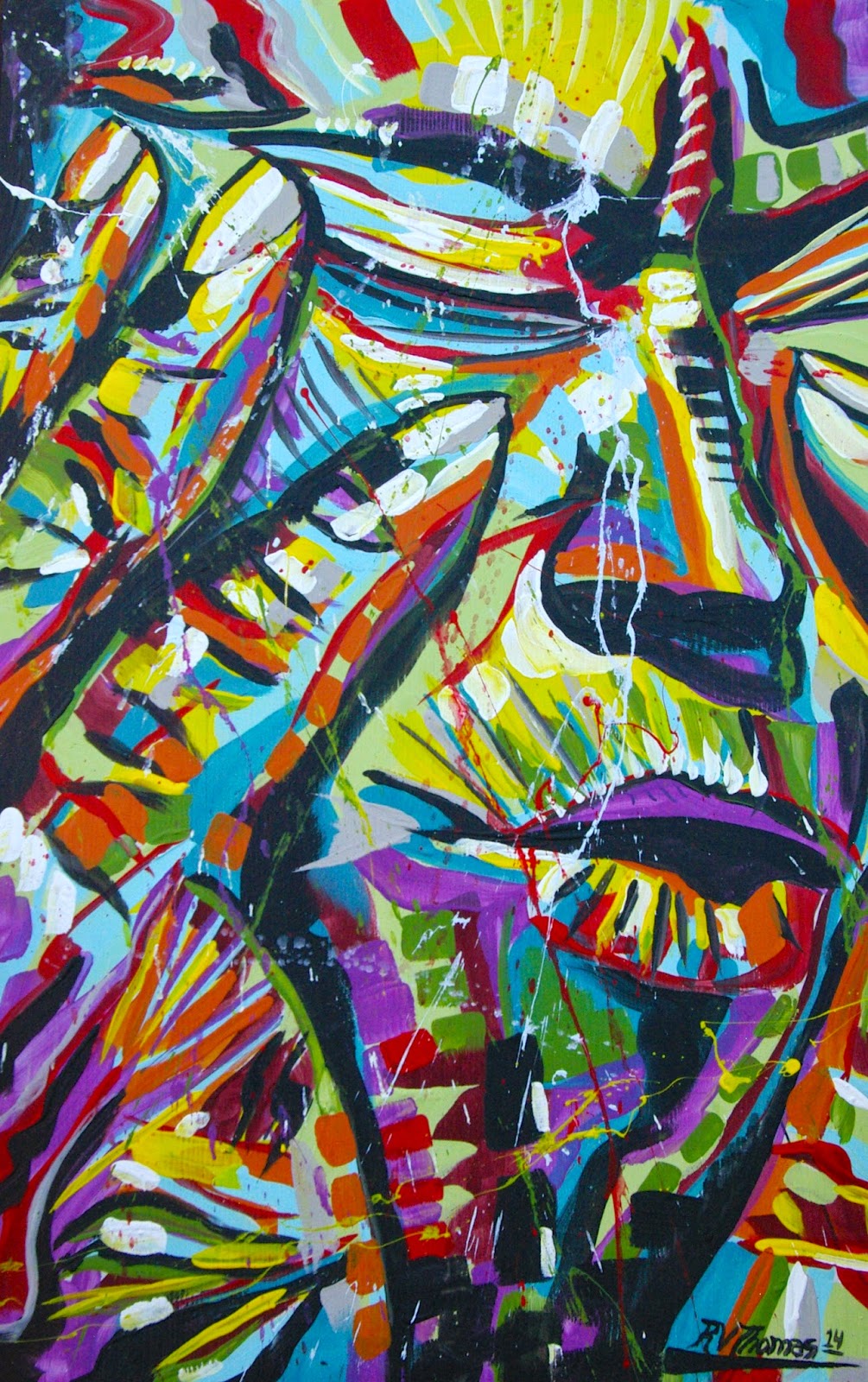 "That's the one I want," wrote Claude on Facebook after seeing the finished product.  He's had a standing request for one of paintings for several years now, waiting for the right one to come along.

I go through creative spurts like this on an infrequent basis.  They typically happen after a significant loss or trauma.  I wonder if my long period of professional uncertainty was my muse this time around?  Maybe it was leaving Keyano College after 15 years or finishing my time at the Arts Council.  Whatever the case, the inspiration has significantly struck and I'll keep painting as long as the spirit moves me to do so.
Email Post