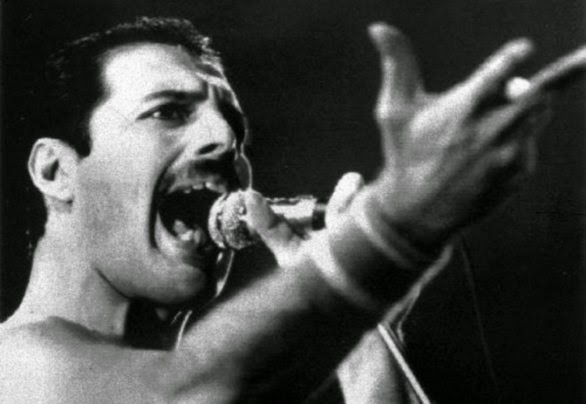 The photo of Freddie Mercury I was using as my painting guide was fuzzy and lacking detail.  It was hard to discern a finger from a fingernail.  I had sketched it out on the canvas the night before and felt like pieces were missing, nuances that would help the character of the late lead singer of Queen emerge. 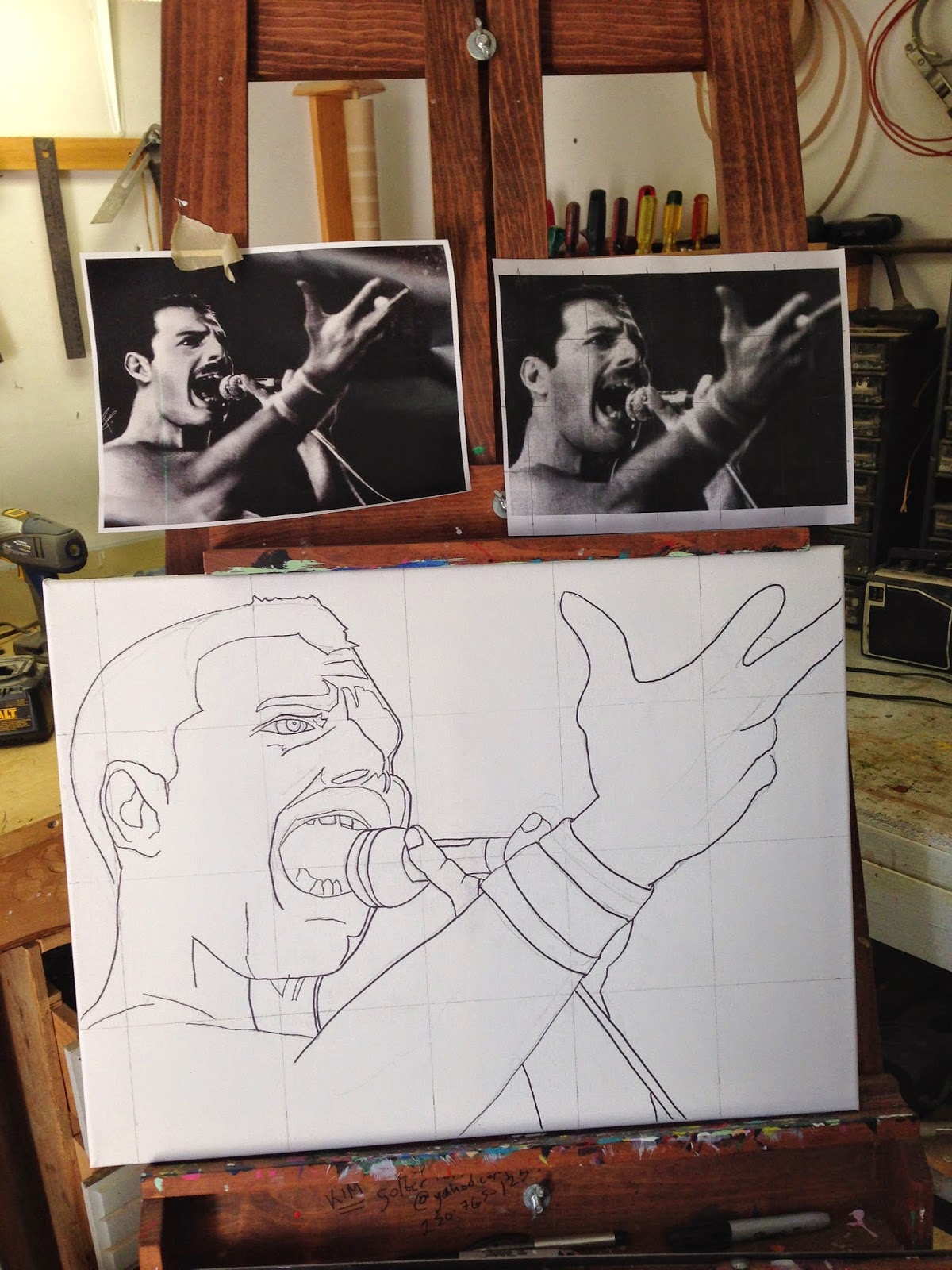 Time was not on my side with this project, as I knew this would be my only evening to work on it.  In the end, the lack of time might have been my greatest ally.

I can approach a painting one of two ways: 1) I meticulously try to capture detail and spend hours working on one small element, like a tattoo or in this case, a microphone, or 2) I just breathe through it using broad and bold strokes.  I chose the second approach last night, and applied my yellow, orange, red, blue and purple in an order that has become somewhat predictable.  Other colours followed based on instinct: light green, light blue, soft violet, red, and finally black. 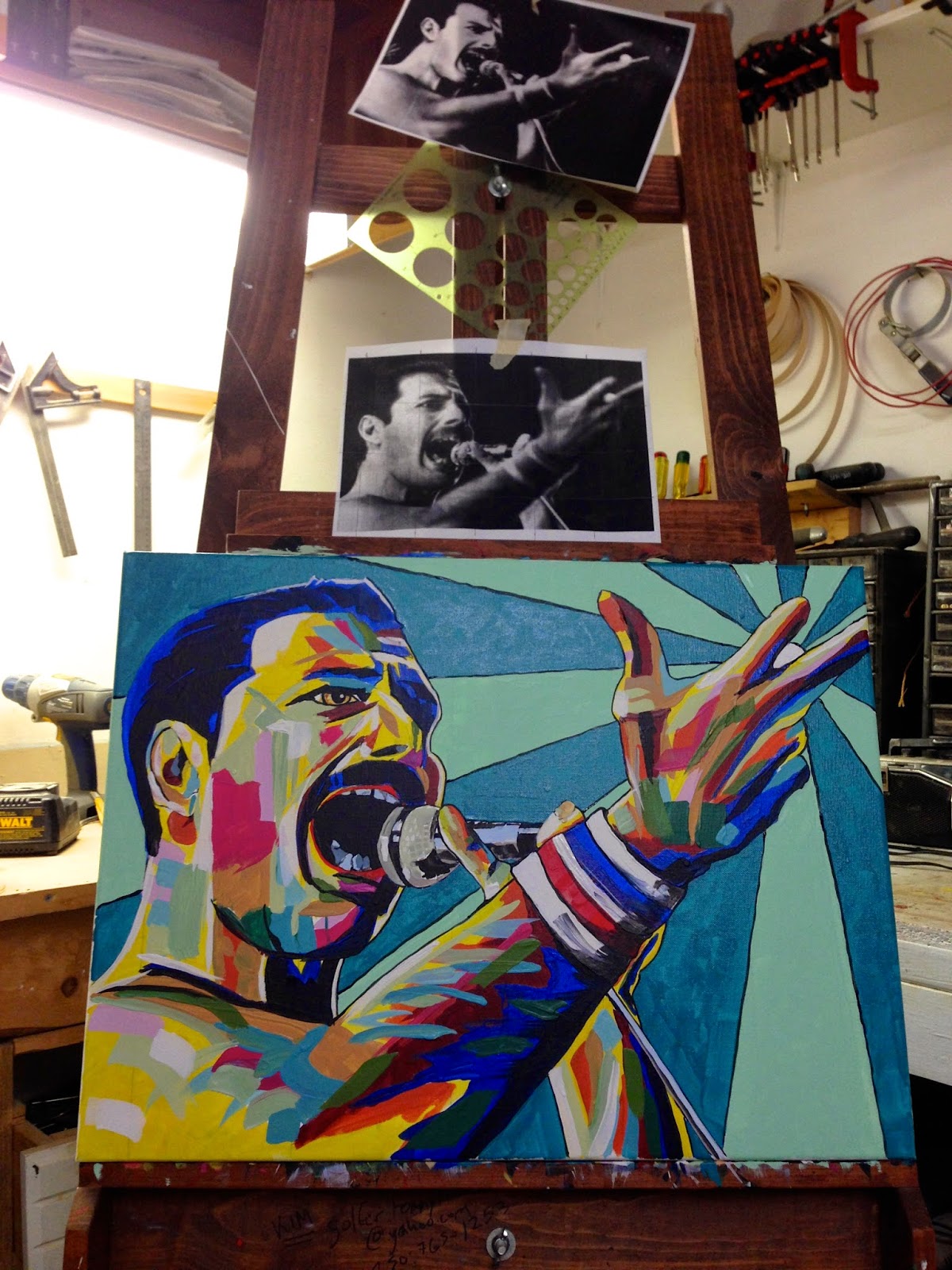 Black is an amazing colour, the one that punctuates, defines and elevates.  White has a similar effect right near the end. 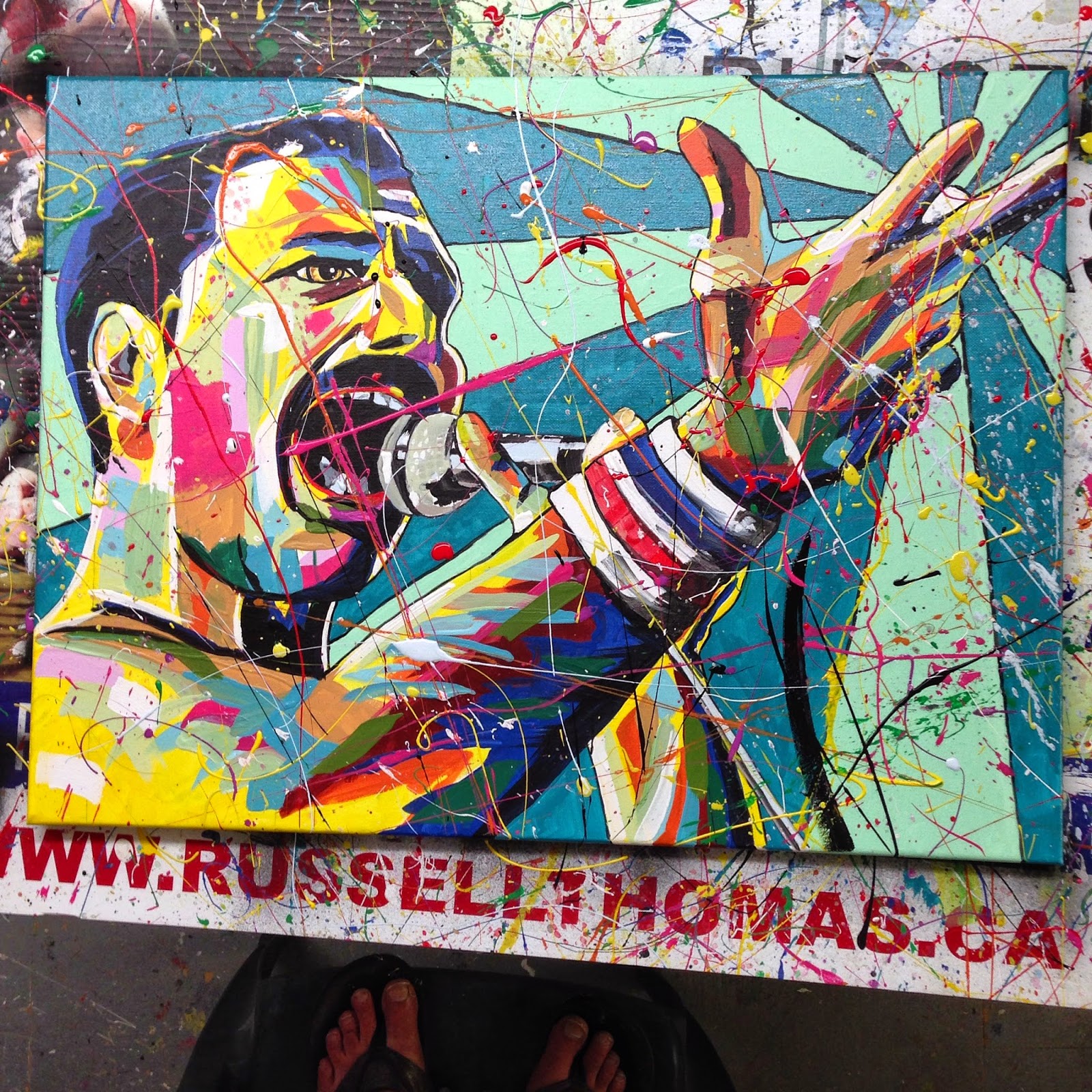 Finally, the canvas gets placed on one of my old election signs and I begin the short, bombastic splattering process.  This happened last night as the wind picked up and the storm rolled in.  The shop was creaking as I dipped my brush into the various cans of paint to create the frenetic and completely unpredictable lines, splats and spots that give the piece its inexplicable, yet perfectly natural energy. 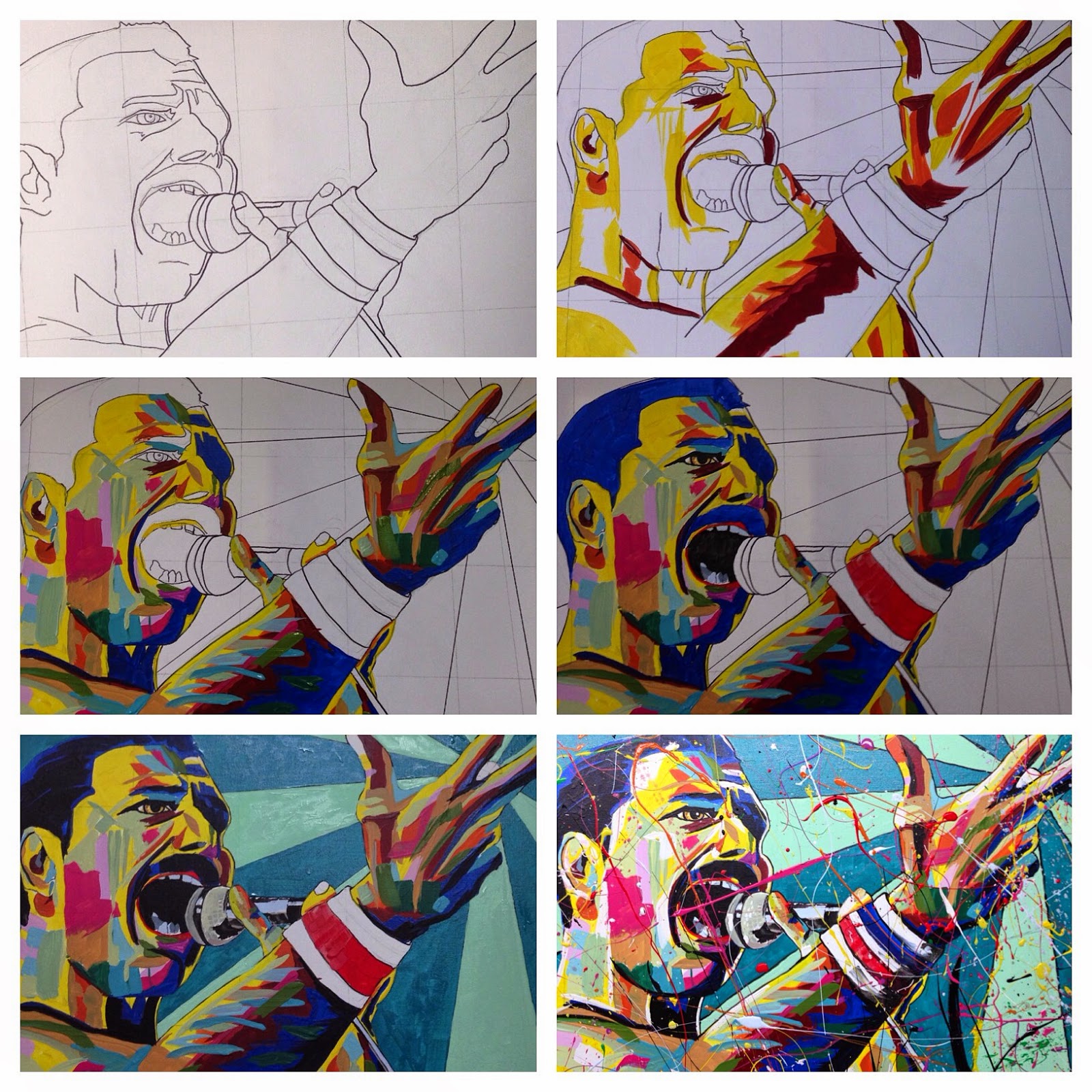 I have fallen into this process and style quite by accident, catalyzed in a way by doing the large format murals of Elsie Yanik and Dorothy McDonald.  The response has been incredible.  I've had multiple requests to do Freddie Mercury which means I'll be returning to this fine artist at least once or twice more.

This is an artistic muscle that I'm keenly interested in strengthening.  As I've made peace with the idea of selling artwork, and even taking commissions, I see a nice little retirement income in my future. I keep learning, exploring and trying.  In the process, I'm having a helluva lot of fun.

If you have a request, a favourite leader, musical star, actor, spouse or friend you'd like me to run through this process, don't be afraid to ask.  My "future projects" file is growing daily, but your inspirations are fuelling mine.  Just fire me an email at russell@birdsongconnections.com and let your creative ideas take flight.