Sometimes, all I need for creative inspiration is a suggestion, a mere whisper of desire to have me explore a particular project or subject.  As I was in the process of finishing up my portrait of Miles Davis on Canada Day, a fellow on Facebook made a comment about Oscar Peterson, the legendary jazz pianist and arguably one of the genre's most revered artists.

I sat down at the computer and did a quick Google search and found this shot. 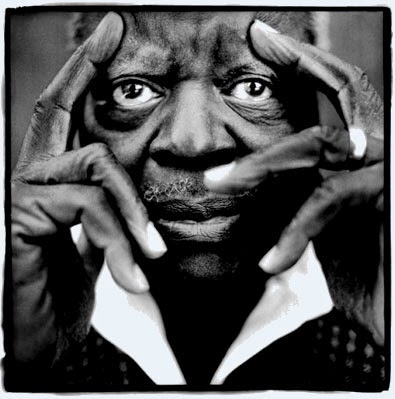 It immediately spoke to me, as the photographs that become paintings always do.  I knew that spending time with Oscar was in my future, I just didn't know what the substrate was going to be.  Part of me hoped that I would find a piece of pine like I used for Miles, but nothing I had on hand fit the bill.  A Dollar Store canvas wasn't going to work, as the image was square and they are rectangular. 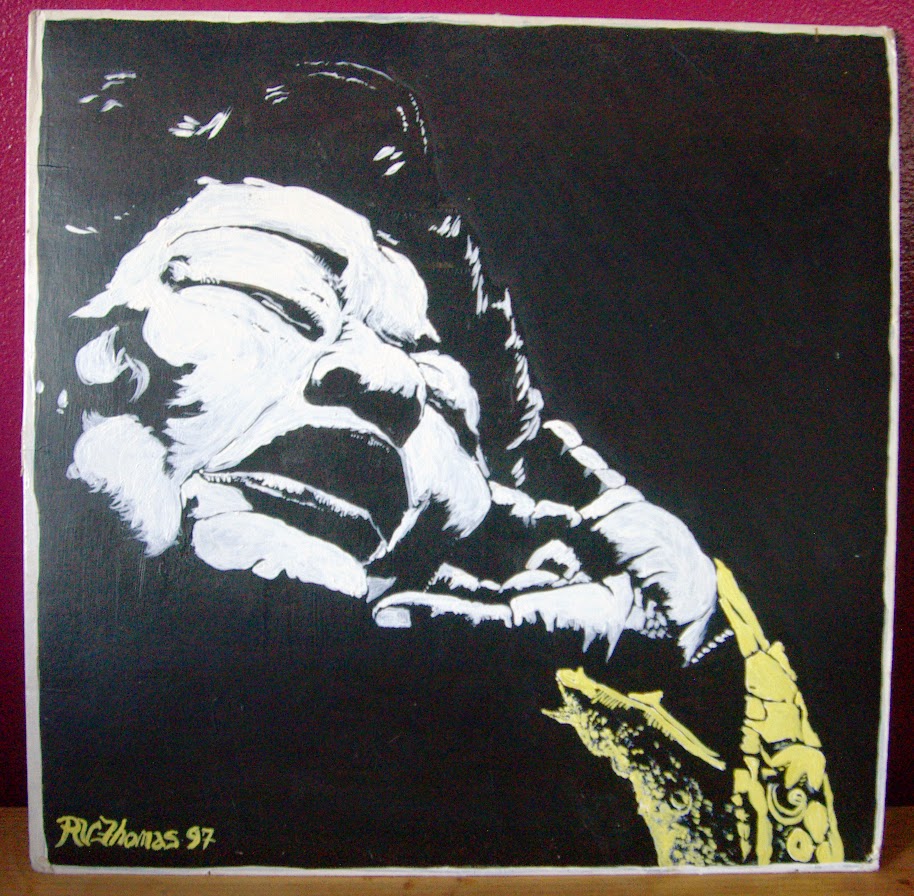 I eventually had a flash of inspiration, a method that I had tried in 1997, when painting a tri-coloured portrait of Ella Fitzgerald using an old record jacket.  I rushed downstairs to the album graveyard and picked out one that was in decent shape and likely never to be listened to again (with due apologies to Foster and Lloyd, a country music duo from the late 80's and 90's).

A base coat of white, and the canvas was ready.

I knew that I was pretty much out of black, so I went down to Colours by Tiffany to grab a pint.  I also took the opportunity to grab a few additional off tints, adding to the collection that has served me incredibly well the last couple of weeks. 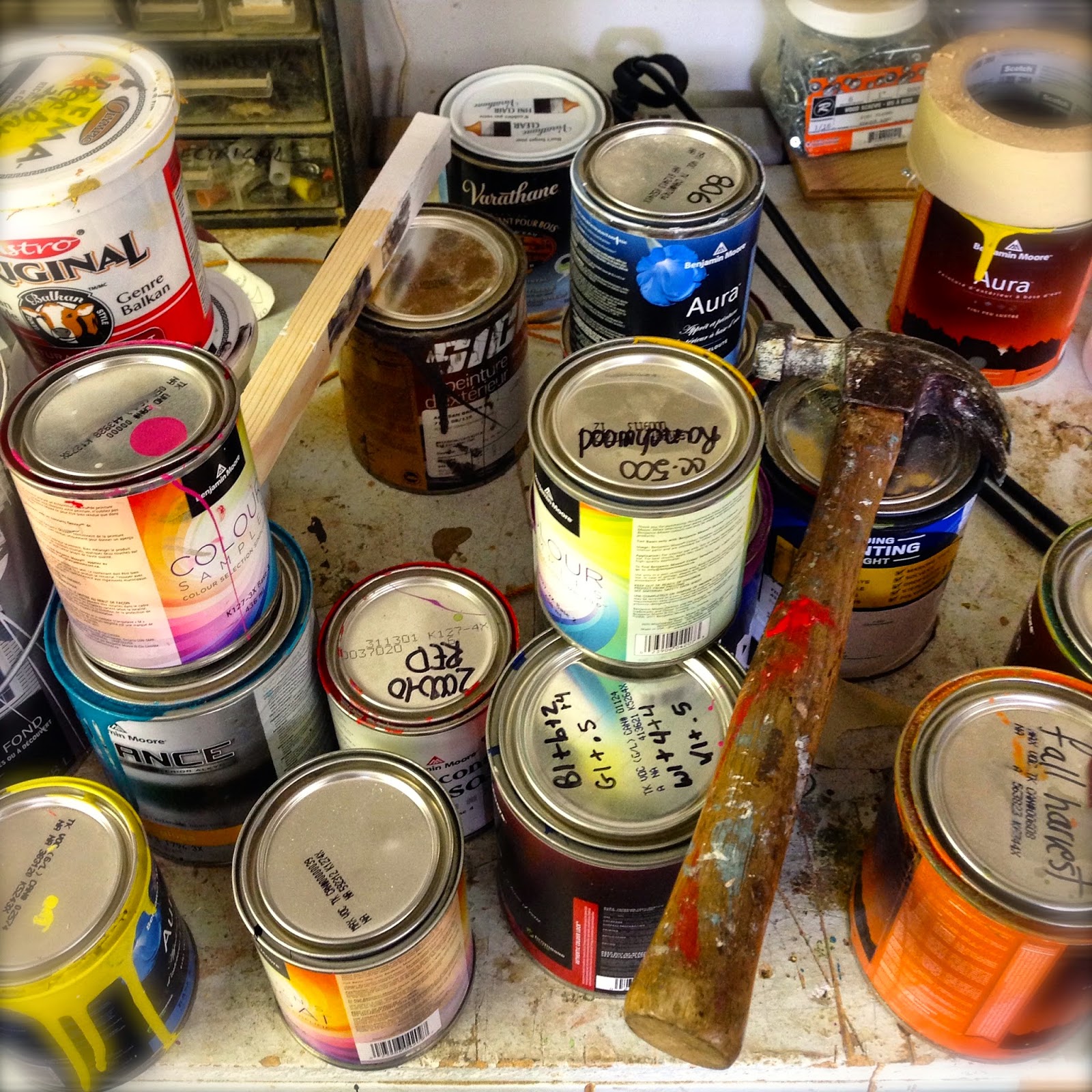 It probably took 3 or 4 hours to coax Oscar out of the canvas. Here is the progression: 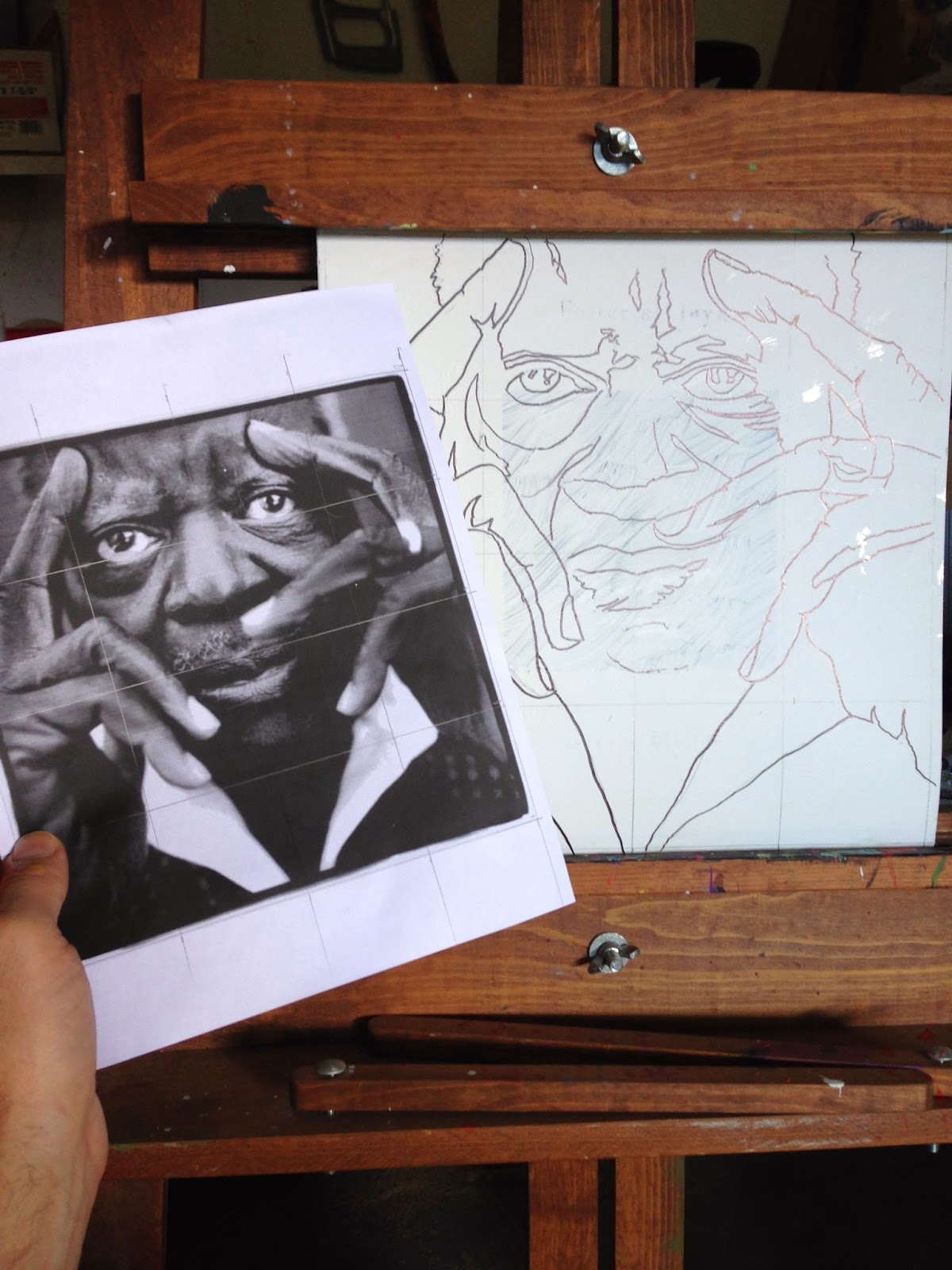 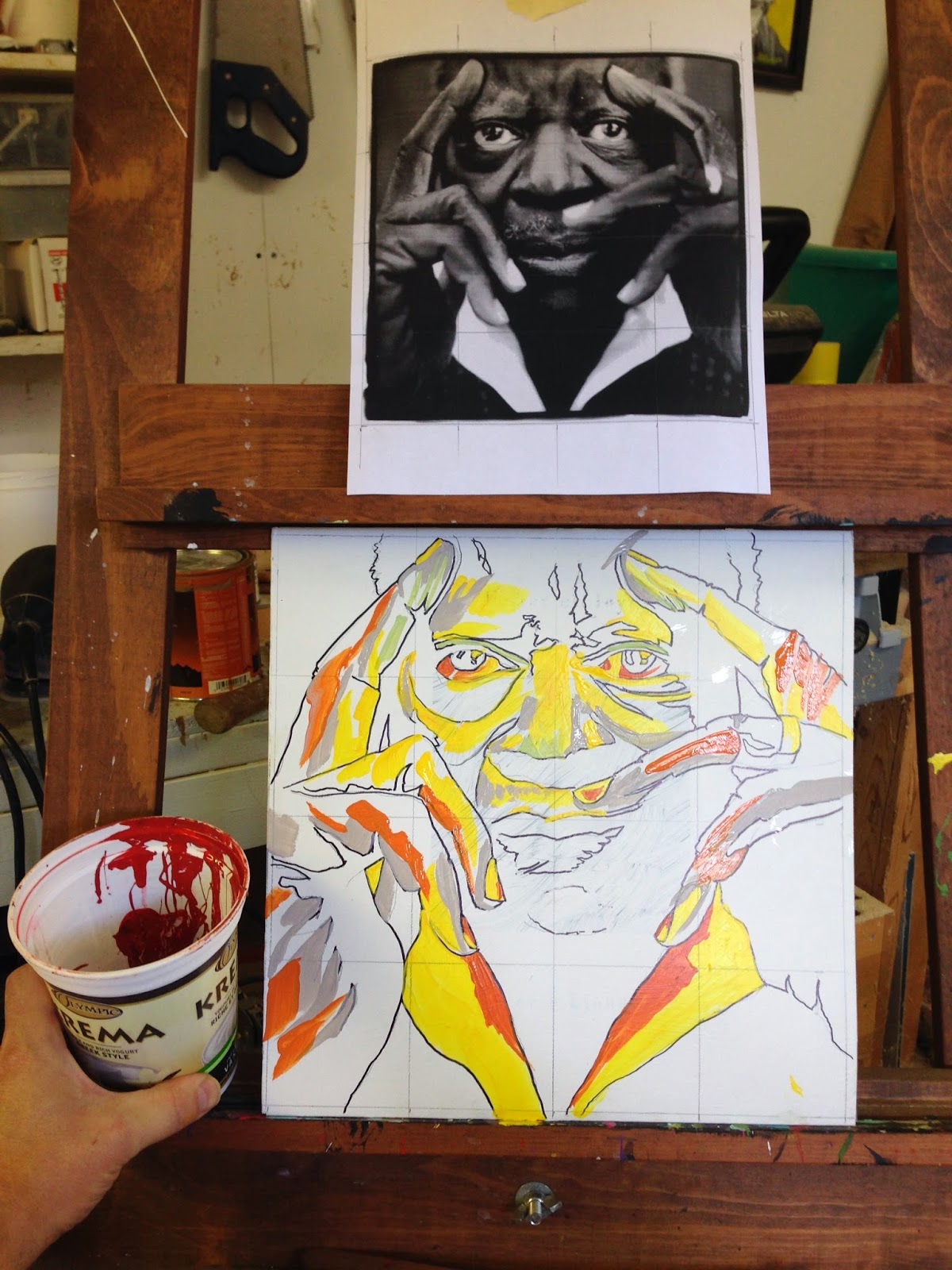 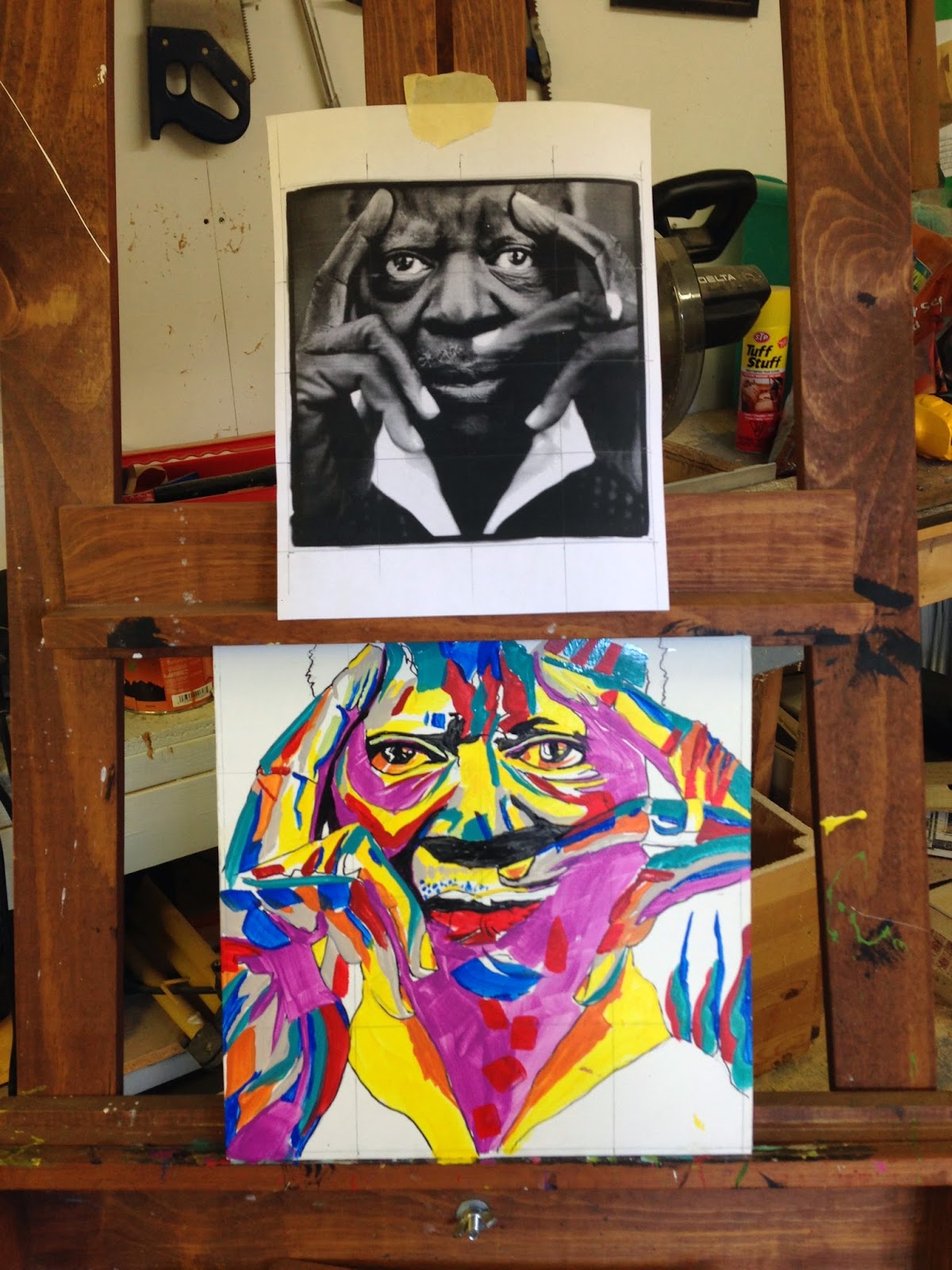 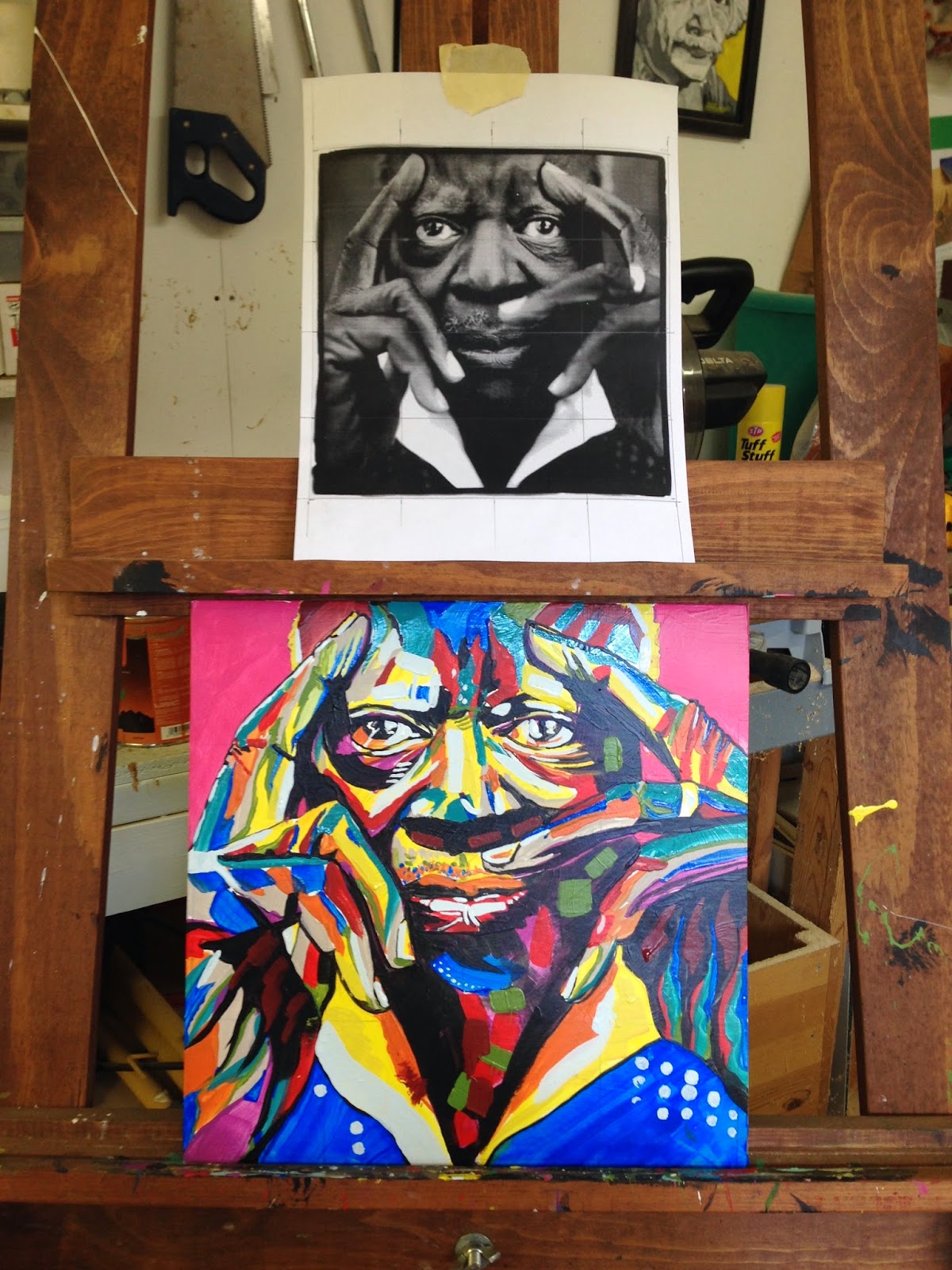 A few final adjustments, highlights, dabs and splatters and Oscar was done.  I was quite pleased with the result, as the process was whimsical and carefree, yet methodical, much like his music. 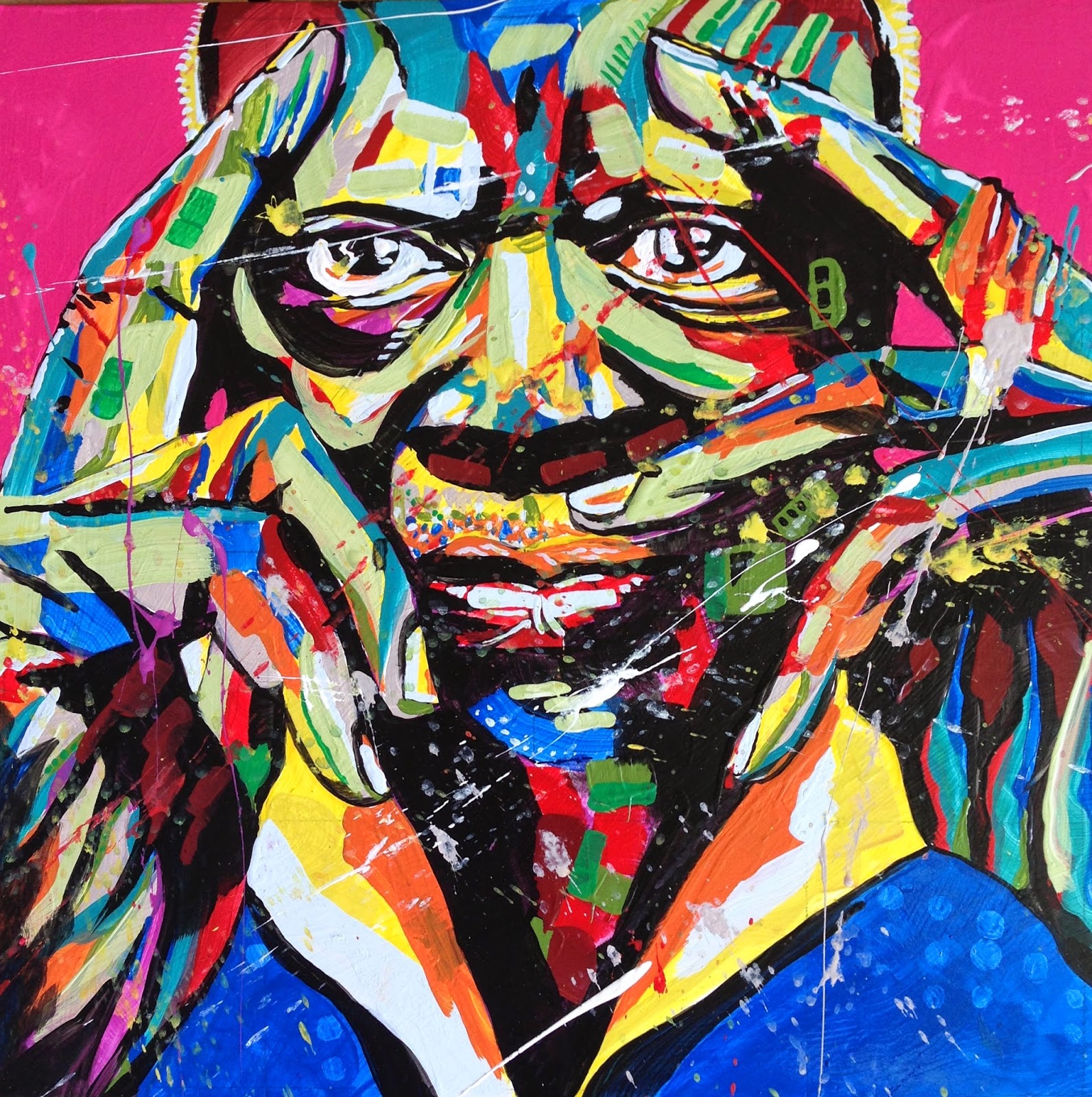 Sidenote:  Heather and I recently broke down and bought a replacement dishwasher.  The one we had purchased about 10 years ago had ceased cleaning effectively some time ago, and more often than not, we were having to rewash some pieces using the old school sink method.  The new Bosch unit arrived the other day.  As part of the packing, there were four beautiful lengths of hardwood.  With the manufacturer's stamp on one side, I ended up turning them into a frame for Mr. Peterson, making this 100% recycled creative project complete. 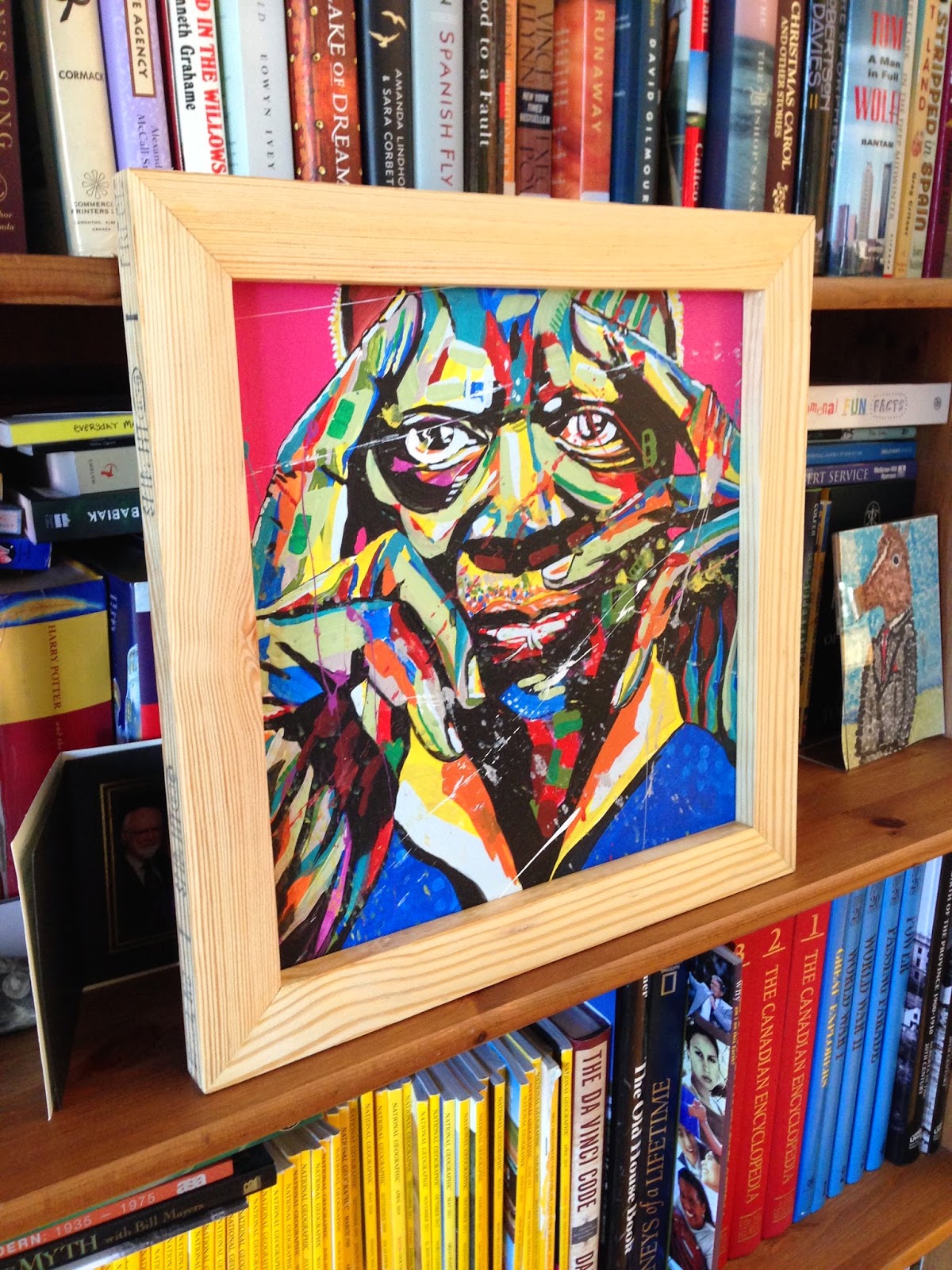 (This piece has now been sold, and will soon be on its way to Michigan, USA.)