On Tuesday, July 8, Wood Buffalo municipal council will entertain 2nd and 3rd reading of a Public Art Policy.  In essence, this means that a percentage of all capital projects that fit the criteria of the policy would go toward the procurement of public art.

Unfortunately, I don't know what is being proposed within the policy, one percent or 0.5 percent, or the exact details of how it is going to work. It has changed a few times since I was on council in 2013. The background documentation doesn't seem to be posted online yet. 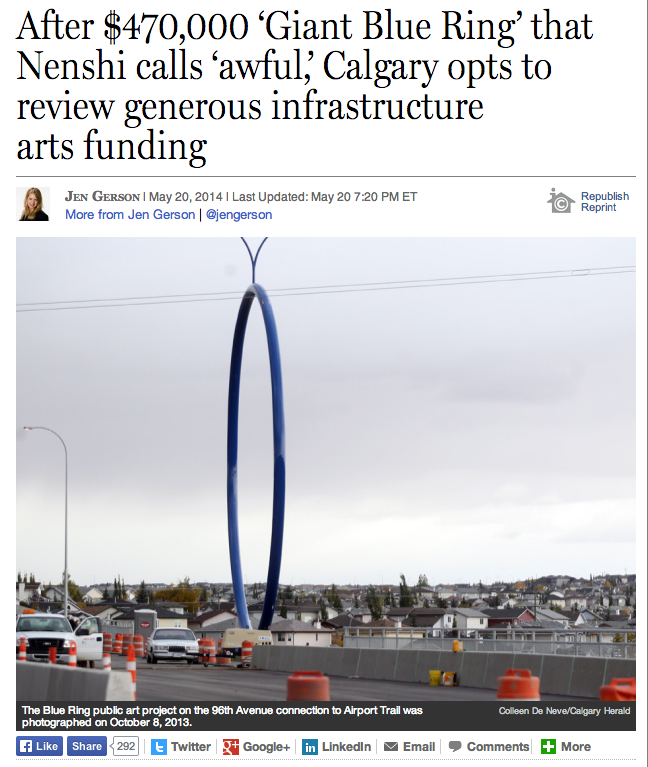 Public art is an interesting duck.  I was driving in a cab from the airport to meetings with the Premier's Council on Culture down in Calgary in April and the driver quickly meandered the conversation over to the infamous blue ring at 96th avenue and Airport Trail.  It was instantly vilified by Mayor Naheed Nenshi and has sparked vigorous debate about what public art dollars are being spent on.  Down in Edmonton, the Talus balls constantly bounce into the conversation. 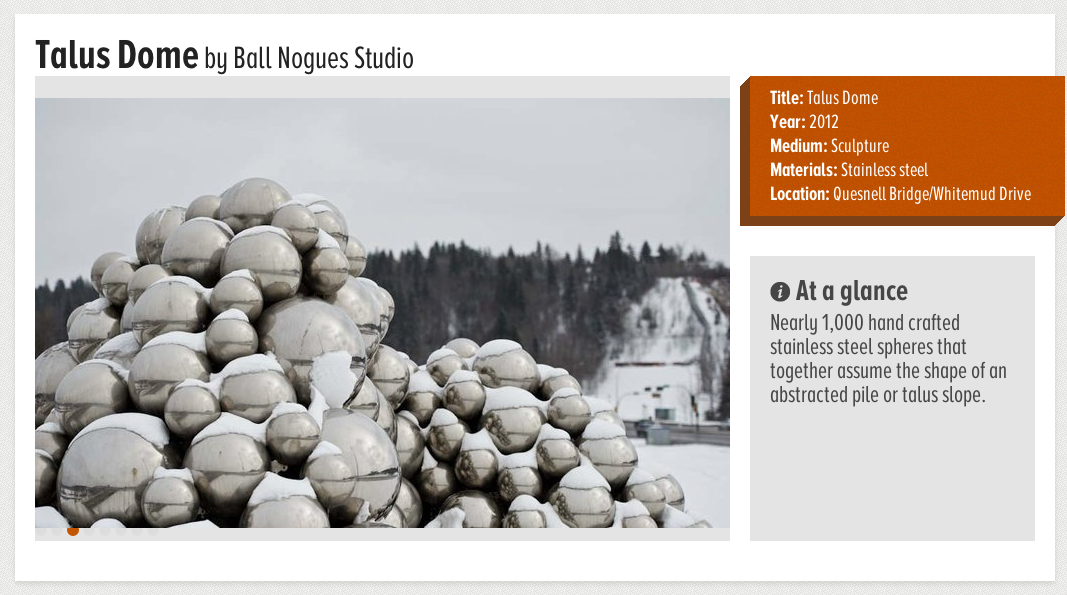 Public art can be galvanizing. It can spark intense dialogue about the role of art in community, and the cost.  Moreover, it helps define a place, and sets it apart. 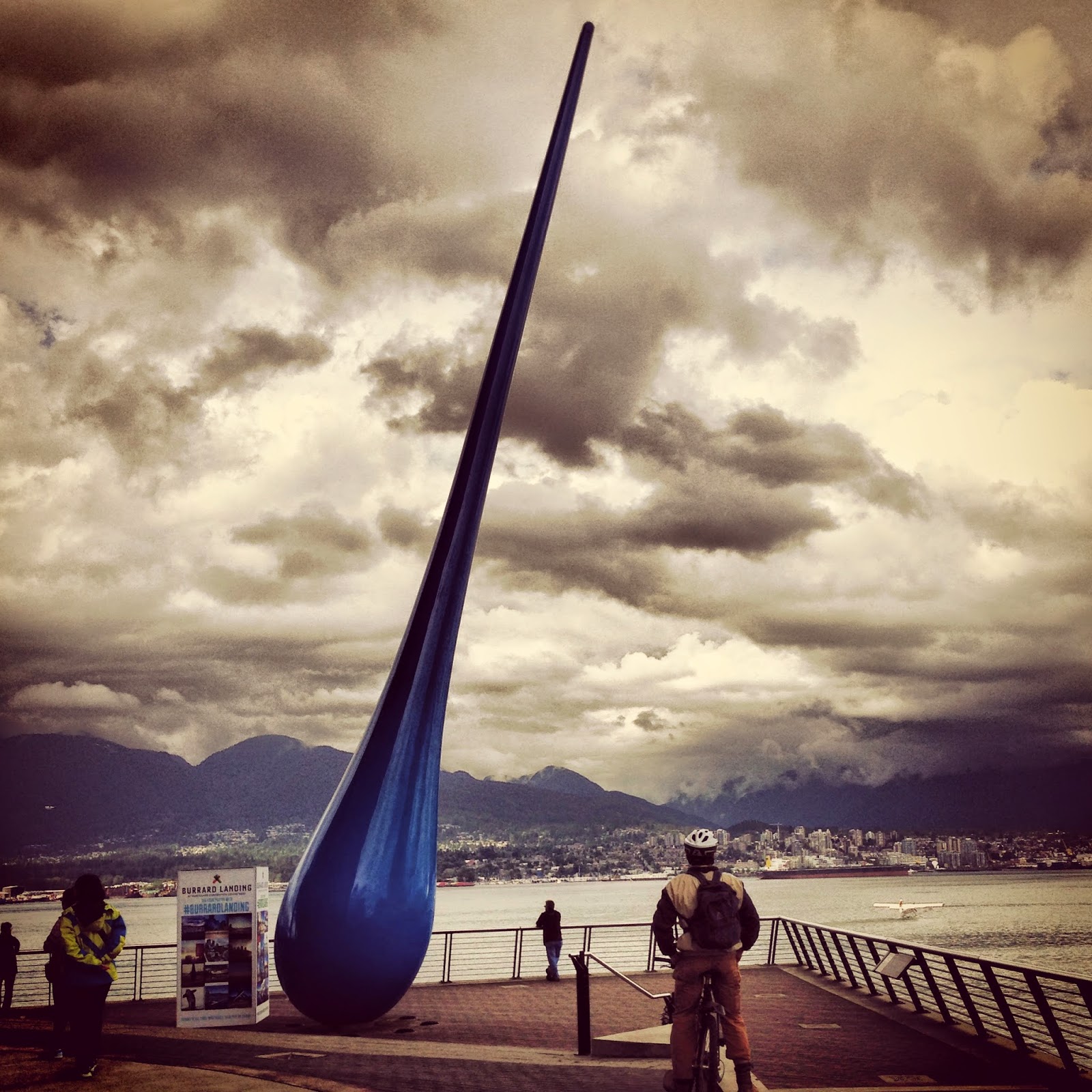 Last year, I was down in Vancouver for a conference and observed people strolling down the boardwalk at Burrard Landing.  Despite having one of the most spectacular vistas in the world to enjoy, where were most people taking pictures?  In front of The Drop, a steel sculpture resembling a raindrop (or oil drop, depending where you live) by the group of German artists known as Inges Idee. 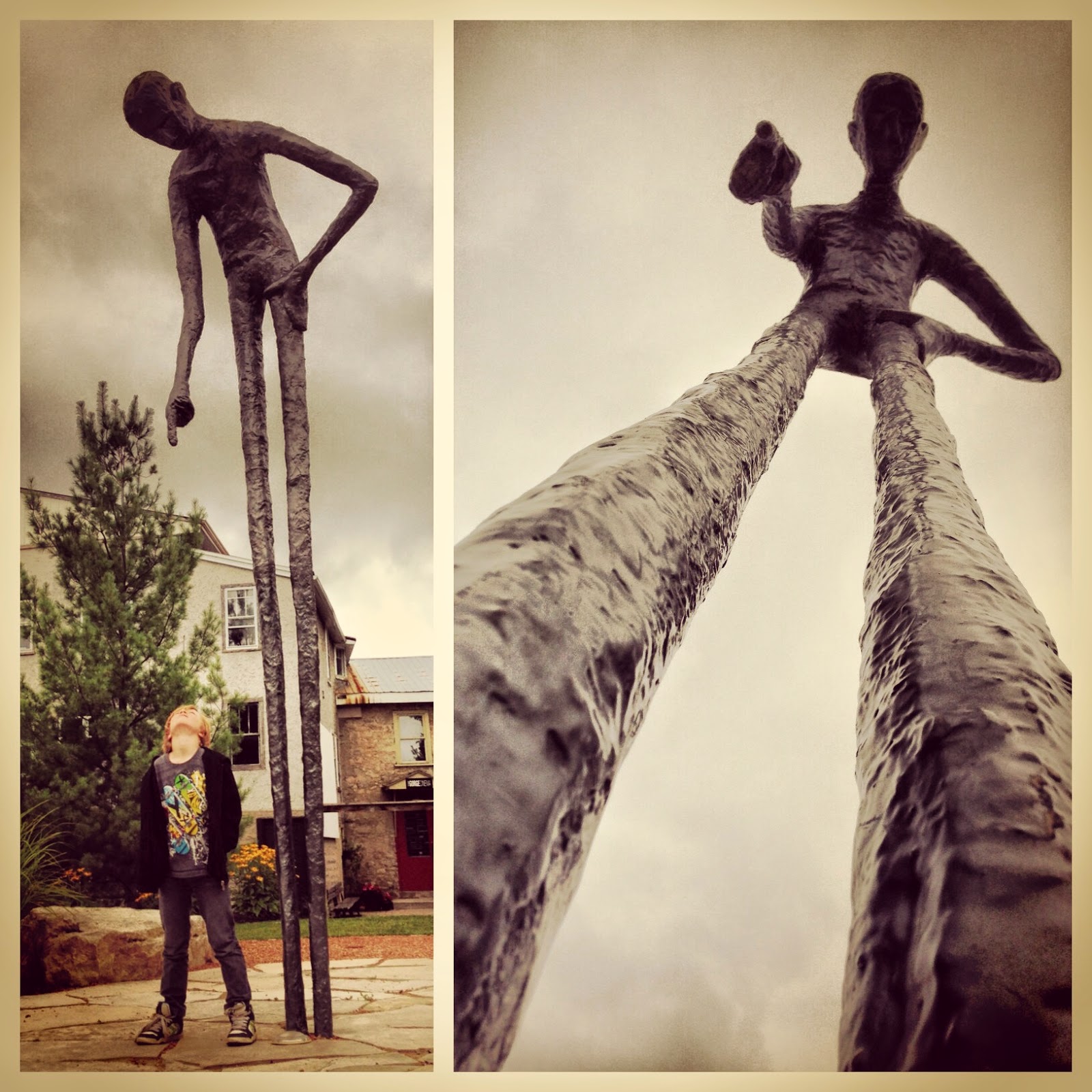 Who can avoid engaging with this marvellous piece in a small park in the quaint community of Elora in Southern Ontario.

I have seen a small taste of what happens when public art goes up in unexpected places with the murals in my back alley.  Despite its remote locale, dozens and dozens have people have found their way into the grass right-of-way that splits Demers Drive and Hill Drive to spend time with these paintings. 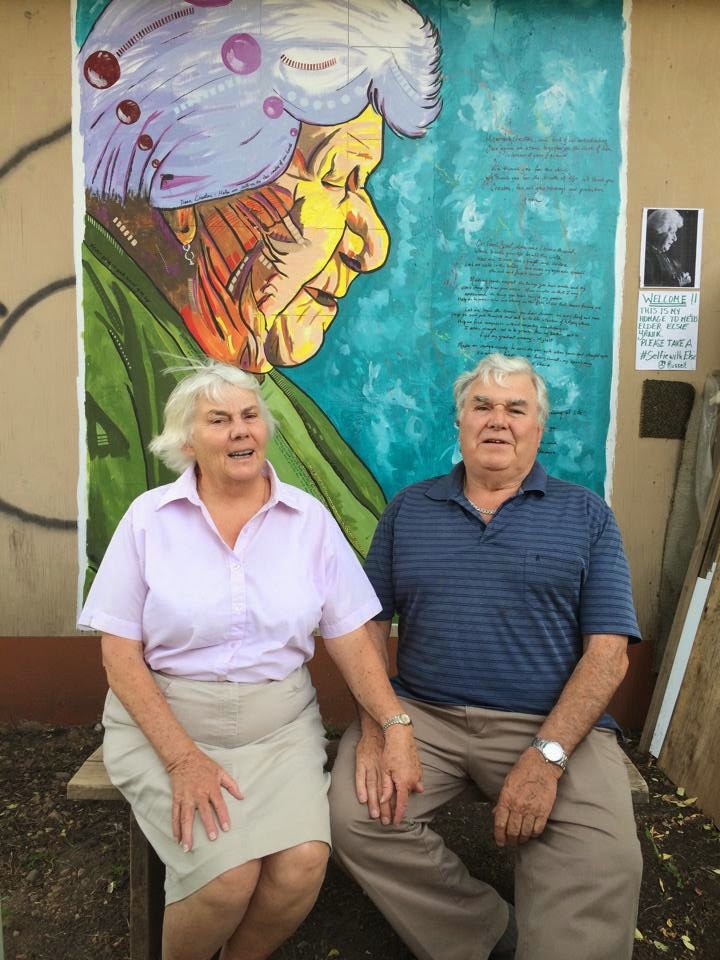 My hope is that council sees the wisdom in moving forward with a public art policy, encouraging more artists to explore, imagine, and play with the lived environment, making it even more livable and remarkable.

Public art creates moments and memories, enhances the sense of place, of home.  It sparks conversation and debate in a way that is entirely healthy and progressive.

I can't say whether we'll end up with a half a million dollars worth of silver balls or a giant ring along a roadway; that's up to far smarter people than me. But in a way, I hope we do.  Injecting art into the average Fort McMurray conversation would be a great thing.

The meeting on Tuesday starts at 6 pm.  You can see the agenda by clicking here.
Email Post