Over the years, I've had amazing luck and no luck at all, when fishing Willow Lake, or what most refer to as Gregoire Lake.  My normal spot has been the boat dock in the provincial park.  On good days, even when boats were coming and going, it had one fish on after another.  It was almost embarrassing.

I hadn't tried the boat launch this year, as the two times I went last year were less than productive.  Perhaps the water was to shallow?  Trying to effectively use a pickerel rig in two and a half feet of water is difficult.  However, Heather had the opportunity to explore the lake from the other side, at Gregoire Lake Estates.  Her friend Connie has a house along the water and a private dock.  She insisted that I had to see it and experience it for myself.

We went out for the first time a few weekends ago, and I discovered what someone recently described as "Heaven on Earth".

The water is four or five feet deep at the end of the dock, with lily pads scattered around.  It took awhile for the action to start, but once it did, it resulted in the most productive fishing I have had in years. 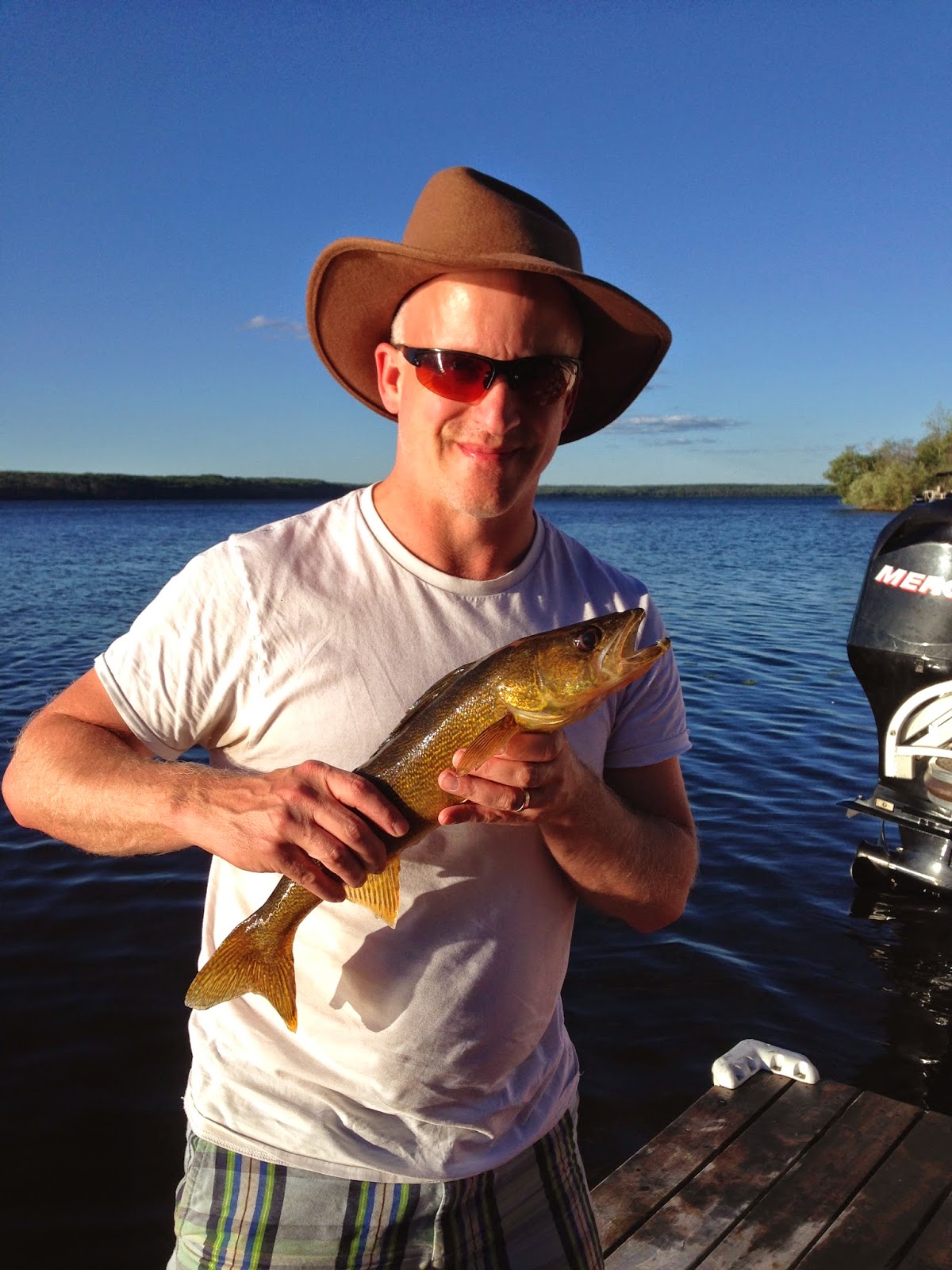 I think I caught nine that first time.  The next time out I actually lost count.  At one point, I has two fish on, each hook on the pickerel rig was fully occupied.

To this point, I was mostly catching walleye with the odd northern pike thrown in for good measure.  Yesterday was a different story.

It was a bright sunny day when we arrived, but rolling black clouds hung on the northern horizon, signalling that our fishing time was going to be likely cut short.  We were joined by our good friend Dianne, who was eager to get her line in the water.

Strangely, there was an absence of walleye this time around, and the pickerel rig with minnows method wasn't doing the trick.  I switched to spoons (Five of Diamonds, Red Devil, etc.) and had a pike on the line immediately.  It was too long after and Dianne had one on as well. 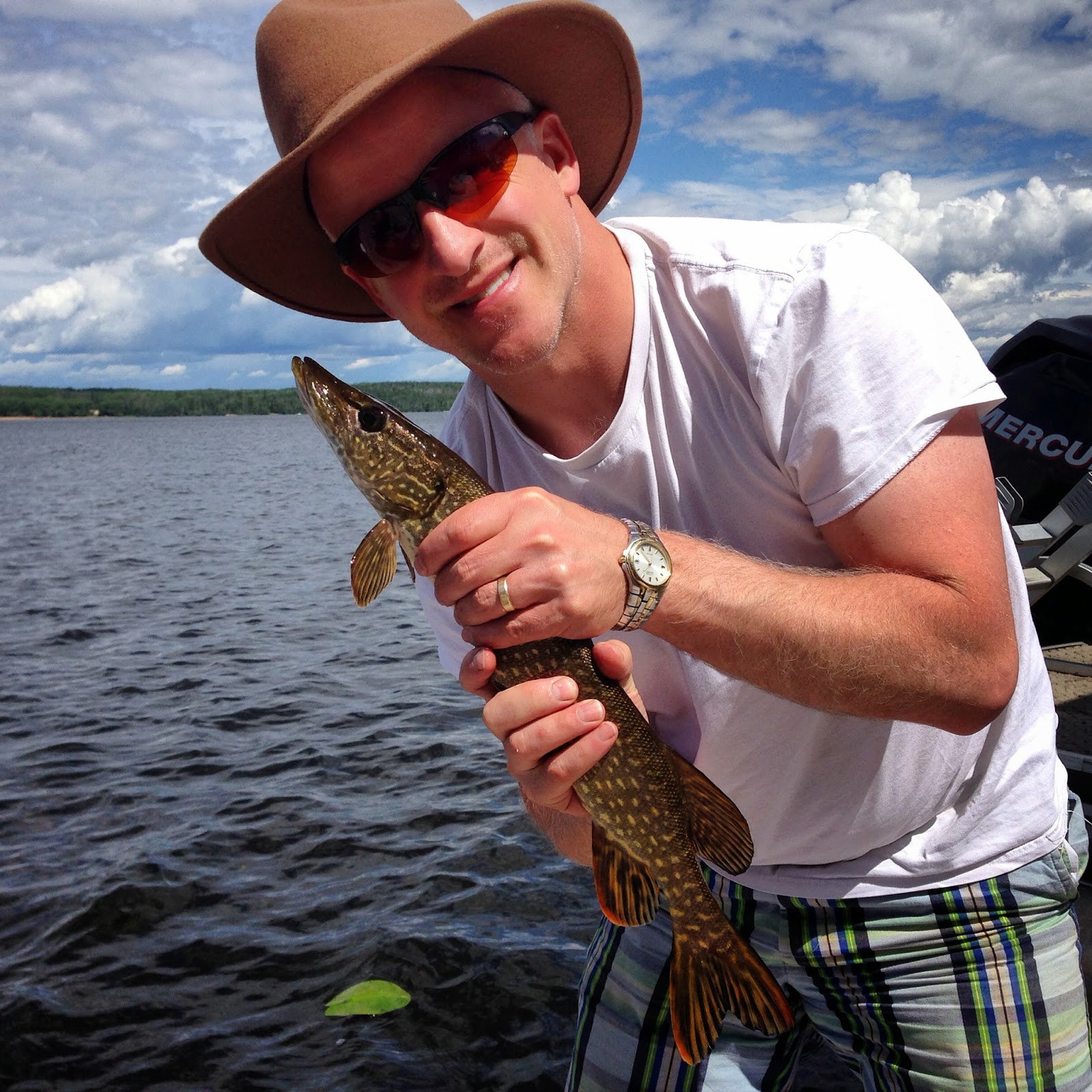 I love being on the water, when the fishing is good or when it completely sucks. We used to spend weeks out at Madge Lake near the Saskatchewan-Manitoba border when I was a kid and Willow Lake feels very similar.

It was awesome being out there to watch a major storm roll in, furiously casting and reeling in, knowing that we would soon have to make a dash up the hill to the car to beat the downpour.

"Just one more cast," I declared.  "I solemnly swear," as the rain began falling on opposite end of the bay.

"It's addicting isn't it?" laughed Dianne.

A nice fish lunged at the hook just as I pulled it out of the water.  Well, I couldn't leave it like that, could I?

We closed up our tackle boxes, grabbed the rest of our gear and trudged up the steep path, across Connie's yard to the car.  Of course, up there, the sun was shining and I was half tempted to turn around and go back.  I'm glad I didn't.

We pulled out of Gregoire Lake Estates and within a minute were in the middle of a crazy downpour.
Email Post