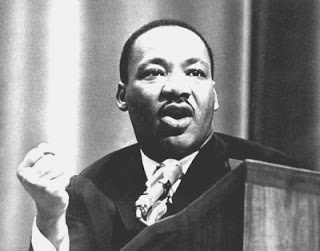 I like to slip into a hot bathtub and descend into a cloud of bubbles with the latest edition of Maclean's magazine. Tonight one quote from Alberta's Minister of Culture and Community Spirit, Lindsay Blackett, leapt out at me from the dialogue captured during a round table discussion about the rise of Western Canada hosted in Calgary in January. Mr. Blackett was trying to articulate the spirit of collaboration we've developed with our neighbors in Saskatchewan and British Columbia. He suggested that "when we band together--not just economically but politically, and with commonality on issues--we have a lot more success."

In our community we are seeing a resurgence of coalition building--groups forming partnerships, discovering synergies, finding common purpose. The notion that we can do so much more when we do it together, as opposed to operating as cloistered entities, is finding wind in these times of economic challenge.

One particular coalition has been on my mind today. There have been a few bumps in the road in recent days and the parties involved are re-evaluating their positions in the face of rising tensions.

As I reflect on a variety of partnerships, there are a number of common themes that emerge that create successful unions. First is the absolute necessity of delineating who is doing what, when, where, why and how. Then it is learning and embracing each other's strengths, weaknesses and working styles. Finally, it is establishing communication channels that work.

Review the history of the governments who came together during WWII and you'll find these themes. Think of any great sports team and these themes are easy to find. Or, how about a successful marriage and what makes it last?

In all cases, disparate groups or individuals coming together in common purpose always include some conflict, consensus building, compromise. Nothing great worth achieving is ever achieved without great effort.

Martin Luther King, Jr. wrote that "the ultimate measure of a man is not where he stands in moments of comfort and convenience, but where he stands in times of challenge and controversy." Those words, penned in 1963, ring as true today as they did during the time of the civil rights movement.

I believe that at the end of the day coalitions stand or they fall based on the ability of the participants to put aside their differences and focus on their shared vision. Recognizing that sometimes reconciling differences is impossible, I like to lean on the side of optimism and hope that this particular coalition holds.