Love as a Verb 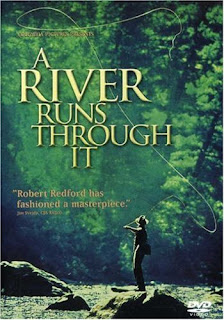 I was driving home this afternoon, after several hours of rehearsal, streaming with the traffic down Confederation Boulevard, listening to CBC Radio. The person being interviewed was talking about love as a verb. The word "love" is normally expressed as a state of mind, a feeling, most definitely a noun.
Love as a verb.
What a great thought on Valentine's eve. Love as a verb suggests action, movement, momentum, evolution, growth, expansion. Love as a noun suggests something that is, a thing, an idea, a concept.
As a seasoned veteran of marriage, enjoying what is essentially my third, I can tell you with certainty that love as a verb is the form that works best. When love takes on an existential quality, an ethereal state, when it occupies too much of your thoughts, it inevitably gets called into question, withers and eventually falls of the cliff beyond your grasp.
Love as a verb.
Love adapts, empathizes, anticipates. Love strives, stretches, trusts. Love explores, enhances, compliments.
In Valentine's season we may be inclined to think of romantic love, but love as a verb applies to all relationships. Love is doing. It rallies against inertia, provoking, inspiring change.
What is love in your life? Is it in a state of constant motion like a river, or still like an algae covered pond?
"Eventually, all things merge into one, and a river runs through it. The river was cut by the world's great flood and runs over rocks from the basement of time. On some of those rocks are timeless raindrops. Under the rocks are the words, and some of the words are theirs." -Norman Maclean (1902-1990)
February 13, 2010 - 194.2 pounds, 26.7% body fat
Email Post
Labels: Norman Maclean River Runs Through It Verb