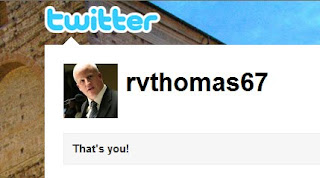 I woke up this morning and watched the announcement of the Oscar nominations thanks to streaming video provided by cnn.com. It was a complete accident that I stumbled upon it at about 6:20 am and thought I'd catch the news before it made the news.

With one window open to the broadcast and the other ready to tweet on Twitter, I decided to beat all the major news vendors in sharing the potential Oscar winners.

They started listing the nominees while I grabbed the closest piece of paper within arm's reach, the back of an envelope that had arrived in the mail the other day. Scribbling furiously, I tried to capture the names and the movies, many of which were only mildly familiar, running out of room as the last nominee was read.

6:23 am 10 nominees up for Best Picture including Inglorious Basterds, Up, Up in the Air, and Avatar.

6:24 am Canadian Christoper Plummer nominated for an #Oscar for Best Supporting Actor

I had no idea what movie he did as my writing couldn't keep up with the announcements. (I found out later today he was nominated for the movie The Last Station -- he plays Leo Tolstoy -- his first Oscar nomination, unbelievably)

Some time shortly after this, CNN had their first tweet about the Oscars, I had beaten them be at least 7 or 8 minutes.

The fact that you become your own news channel with a well established social network gives me chills. It fascinates me to see what kind of posts (or tweets) elicit responses (or retweets), the connections that are made, and the conversations that occur between strangers. I sing the praises and the possibilities of social media every chance I get.