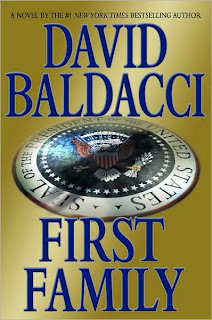 Shortly after four this morning I watched the Albuquerque Sunport (airport) come alive. What began as a smattering of souls turned into a bustling departure lounge as a series of flights made ready for 6 am journeys to Fresno, Atlanta and San Francisco.
I must have been pretty zonked because I barely remember the first leg of the trip home from ABQ to San Fran. Gripping the latest paperback offering by David Baldacci (First Family) I leaned my head against the sloping wall of the CRJ 700 and drifted off, long before reaching cruising altitude. Every 15 minutes or so I'd emerge from my sitting slumber and realize that my mouth was hanging open--God forbid that I might have been snoring. I'd snap my lips shut, find a new position and drift off to my dreams again.
It was several hours later when I awoke ready to flick on the overhead reading light and dive back into First Family, just a few hundred miles south of our northern California stop. This was my first exposure to the Golden State, though incredibly brief.
Craning my neck looking out the window as we quickly flew out en route to Edmonton, I tried to catch a glimpse of the Golden Gate Bridge or Alcatraz Island. Instead I was treated to rolling vistas of beautiful hills that became patchwork fields and eventually mountains. By this time, the sun was fully up and slamming into my side of the plane as we veered north to Canada. So, I lowered the vinyl curtain and concentrated on my book for the next two and a half hours.
Arriving in Alberta's capital, the temperature was back in a familiar range, several points below zero and it started to feel like home was getting close. Funneling into one of the Air Canada Jazz Dash 8's we began the final third of the three legged stretch across the continent. By the time we made our approach to the Fort McMurray Airport, I turned the final page of Baldacci's latest and bade hello to a world of white and the welcomed sight of home.
March 18, 2010 - choosing not to weigh myself till first thing tomorrow morning
Email Post