Web 2.0 According to Pogue 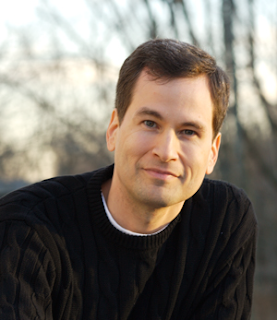 New York Times technology columnist and best-selling author David Pogue was flying over the Atlantic on Saturday night while the worst wind storm in memory bashed the east coast. He arrived home in Connecticut to find trees toppled and power lines dangling here, there and everywhere. Without power, heat or hot water for three full days he hopped back on a plane and flew across the country to Albuquerque to provide the opening keynote on day number two of the annual NCMPR conference.
"I'm so glad to be here in Albuquerque," he beamed. "And to have a freakin' hot shower for the first time in three days!"
Dave is a gadget guy, a high profile writer who gets to try the latest and greatest electronic gizmos before anyone else.
"The companies send me things for free," he shared. "That's the fun part. The not-so-fun part is having to package them up when I'm finished and send them back. This was the bane of my existence, trying to put everything back the way it arrived, with the plastic baggies, warranty cards and white foam packaging pieces."
Using one of the websites that define Web 2.0 (http://www.domystuff.com/), which Pogue describes as the new world where the audience is the creator, he found himself an intern who the New York Times agreed to pay to take care of all the packaging. Pogue is much happier now.
Animated, bombastic, clever and charismatic, Pogue had the nearly 300 delegates in stitches as he introduced Web 2.0 sites ranging from craiglist.com where you can buy and sell stuff to prosper.com where you can make micro-loans to earn much better interest than at the bank.
Pogue is a believer and massive user of Twitter. With over 1.3 million followers, he has experimented with the emerging social media tool in a variety of ways that have resulted in a best-selling book, The World According to Twitter. He used his Twitterific strength to create some good in the world, going toe to toe with the phone companies in the "take back the beep" campaign. The issue was the 15 seconds of instructions you had to deal with every time you went to voicemail, racking up incredible airtime charges and profits for the phone companies ($700+ million per year). In the end AT&T relented and cut their instructions by half saving the collective community of users over $300 million per year. Well done David!
One of his Twitter experiments included asking his followers to come up with funny titles for movie prequels that had never been made. Many hundreds were suggested, but the one that causes Pogue to wake up in the middle of the night and start laughing, the one that had 300 of us rolling in the aisles this morning, was We're Running Low on Mohicans.
On Monday David Raymond talked about the Power of Fun and the dreaded fun killers. Today, David Pogue took all of those closet fun killers in the room and slapped them upside the head with the most Tuesday morning fun they've had in memory.
To follow David Pogue on Twitter to get a regular dose of fun and cutting edge insight click here.
March 16, 2010 - weight and body fat % n/a
Email Post