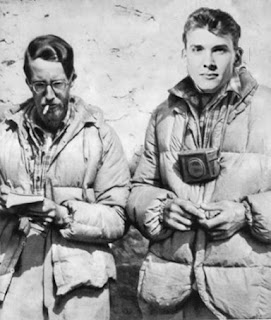 Sitting for hours in an airport I was reminded of the opening scene from Love Actually. Hugh Grant's character said it best:
Whenever I get gloomy with the state of the world, I think about the arrivals gate at Heathrow airport. General opinion makes out that we live in a world of hatred and greed--I don't see that. Seems to me that love is everywhere. Often it's not particularly dignified or newsworthy but it's always there. Fathers and sons, mothers and daughters, husbands and wives, boyfriends, girlfriends, old friends. When the planes hit the Twin Towers, none of the phone calls from people on board were messages of hate or revenge, they were all message of love. If you look for it, I've got a sneaky feeling that you'll find that love actually is all around. (Love Actually, 2003)
...as it was today, with strangers fawning over cute babies, young people engaging old people.
Flying from Fort McMurray to Albuquerque with a long layover in Edmonton I dived into Jeffrey Archer's Paths of Glory, and discovered that love actually exists at the highest peak in the world and transcends both distance and time. The story of the man who may have been the first to scale to the summit of Mount Everest in 1924 at the age of thirty-seven, Paths of Glory is a fictitious account of an actual adventure that ended in tragedy and the death of the two climbers, George Mallory and Sandy Irvine. In the story, the two British climbers actually made it to the top and Mallory left his wife Ruth's picture behind.
He gave his wife one last look and smiled, before placing her image on the highest point on earth. "The King of England send his compliments, ma'am," he said, giving a bow, "and hopes that you will grant his humble subjects safe passage back to their homeland." Paths of Glory by Jeffrey Archer, 2009.
Of course, they didn't make it back, and the mystery of whether they really made it to the summit will be left on that mountain and with Chomolungma, Goddess Mother of the Earth.
March 13, 192.0 pounds, 27% body fat