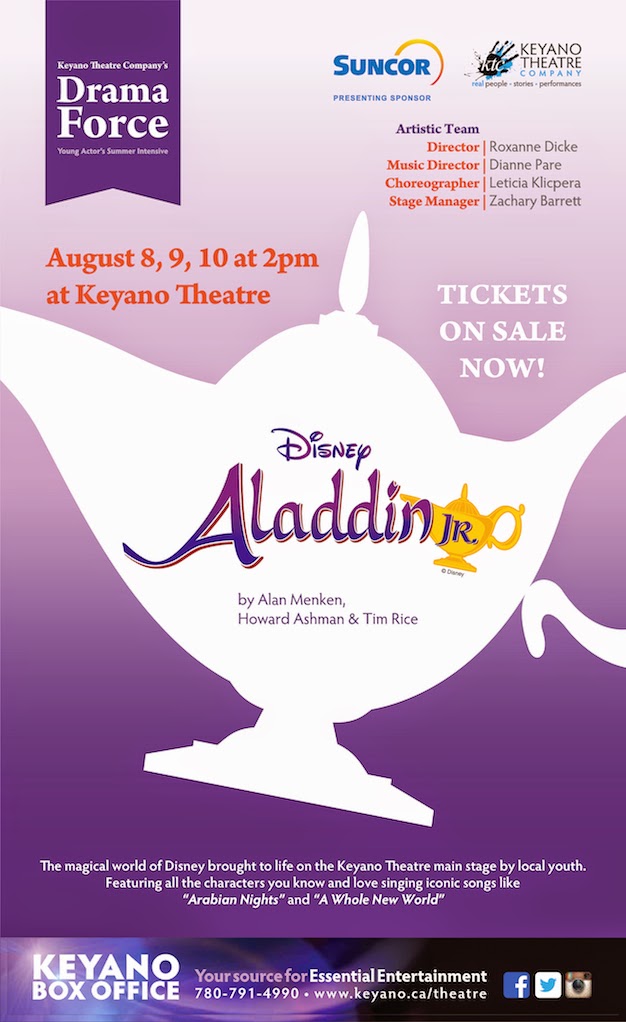 Every night at about 9 o'clock, Ben's bedroom door closes and the music of Aladdin begins.  For an hour to an hour and a half he belts out his songs, full voice, probably with no sense that we're on the other side smiling, appreciating.

It is a considerable measure of success, watching this 11 year old performer working into the evening, after having run through the entire musical three times that day.  Much of the success of the DramaFORCE young actors summer intensive can be attributed to the professionals who have been leading the charge.  Roxanne Dicke is the director, a former drama instructor with Keyano College's former Visual and Performing Arts program, who has returned to Fort McMurray for the first time since she moved on to the green province across the border.


"It's been 8 years since I left, so I wasn't sure what to expect," said Dicke.  "I am so impressed with the young company of actors and the creative team we have in place.  I felt right back at home - it was so immediate once I saw the great team and the youth that came out."

"(DramaFORCE) is a fantastic experience for anyone looking to excel in the arts," said Klicpera.  "They're getting the full package: singing, dancing, acting.  It's a chance for kids to experience it all and really find where they excel, all while making great friendships." 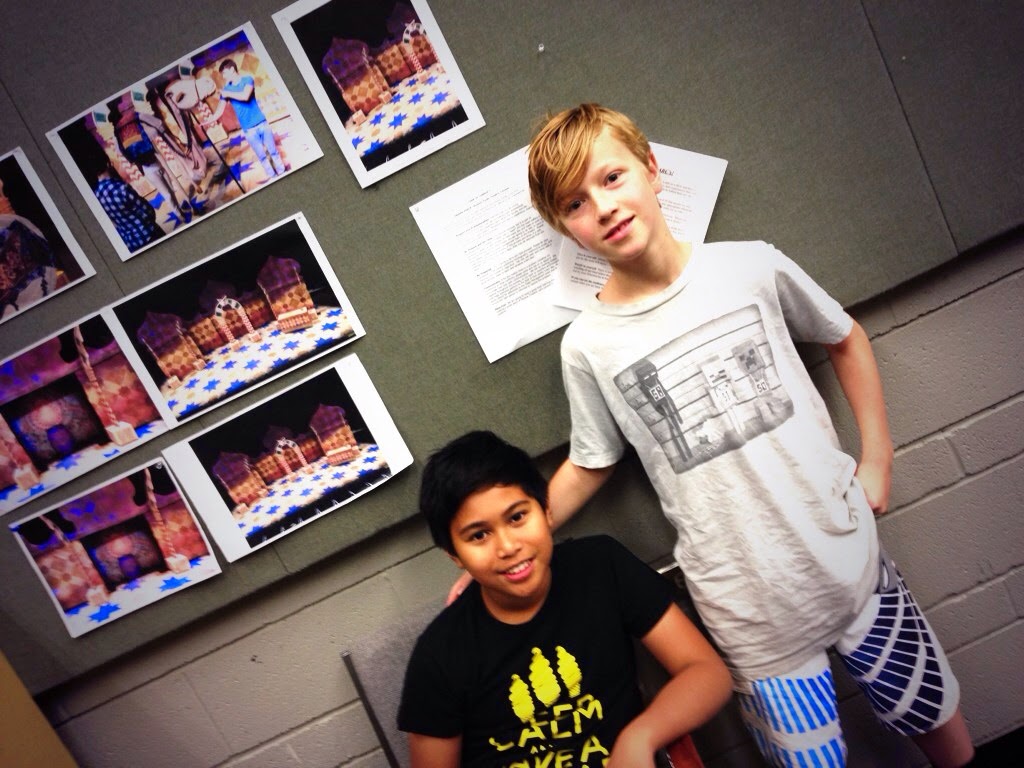 "I cannot begin to tell you how impressed I am," said Dicke, reflecting on the 19 young performers preparing for their three public performances of Aladdin Jr. "What is particularly noteworthy about this timeline is that we are asking the young actors to take on a professional actor's schedule: 3 weeks from the beginning of rehearsal to an audience.  I could not be more impressed with how they've risen to the occasion."

"In fact, today I told them we'd run the show twice," she shared.  "They all agreed they could do it three times--which we did."

The DramaFORCE summer intensive is a new venture for Keyano Theatre Company, made possible by funding support from Suncor Energy.  It builds on two successful seasons of involving more young performers in their main stage productions, particularly Hometown...The Musical! and Les Mis.

"It is an exceptional educational laboratory," said Dicke.  "They are learning skills in acting, music, and dance.  They are navigating ensemble work and responsibility.  They are challenged daily to grow, contribute, and develop their characters.  We treat them as young professionals so they are also learning skills and information that many people aren't exposed to until college age.  In addition, and most importantly, they are in an environment where self expression is recognized as a great thing, and they are forming great relationships in the process."


"It has been a blast," said Klicpera.  "They are all very eager to learn new things and have really grasped on to the big musical theatre concept within my choreography.  A lot of the students have surprised me.  We have a great group of fresh talent."

This production of Disney's Aladdin Jr. will run August 8, 9 and 10 at Keyano Theatre with matinee performances at 2 pm.  What can you expect?

"The show is in great shape," said the director.  "We cannot wait for an audience.  It is definitely something people of all ages would enjoy.  These kids have been engaged in an intensive, and the real treat will be an audience who will appreciate their talent and dedication.  It's a definite 'must see' for summer events."


As a parent, I can't wait.  And yes, we always say that when it comes to these kind of things, but this one seems extra special.  The music rolling under Ben's bedroom door is intoxicating, as is his enthusiasm and level of commitment.  This is going to be a great show!  For tickets, visit the Keyano Theatre Box Office online by clicking here.