There is a word that describes what I felt earlier today that I'm trying to remember but can't. I was driving back to the hospital after spending some time with former Councillor Dave Kirschner who now lives in a care facility in south Edmonton.  He was diagnosed with MSA (Multiple Systems Atrophy) about three years ago, a day I'll never forget as we were attending a convention down in Calgary together.

I hadn't seen Dave in quite a few months.  And while he is moving slower than he was and his talking is a little more difficult to follow, his eyes are still bright and his mind is sharp as ever.

"I take it one day at a time," he told me, as we went on a tour of the facility, where Dave knows most, if not all of the residents.  He is still very social, and proudly introduced me to his three friends sitting around the lunch table.

Iris, Dave's wife, asked me how I felt after the visit.  The only word that popped into my mind was grateful, a deep sense of appreciation for having been able to visit with him and marvel at his attitude and grace.  I was also sad, to be completely honest.  I kept thinking about how much has changed since Dave and I were pounding in election signs on Thanksgiving Monday in 2010.

Back at the U of A, Heather's time of having the room to herself came to an end.  A fellow has come in reminding both of us that this is a hospital, a place where people are not well.  The sounds in the room have changed dramatically and I suspect this is going to be a difficult night of sleep for her. 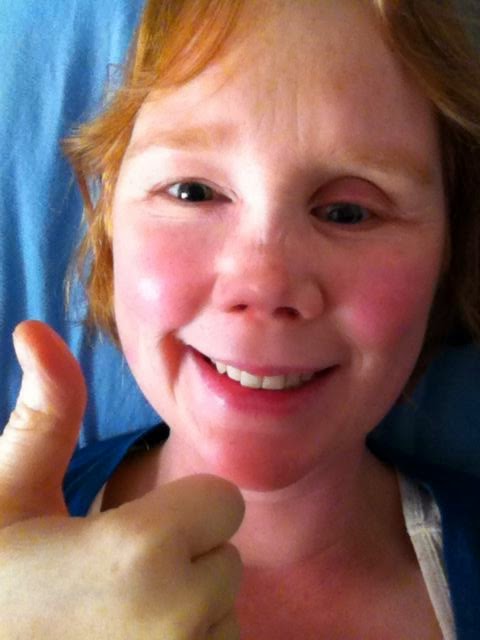 The good news is that the packing inside her nose has been removed, which means she is one step closer to being released.  Things have gone exceptionally well for Heather, and she has received excellent care and attention.  We could be on our way north in just a couple of days. 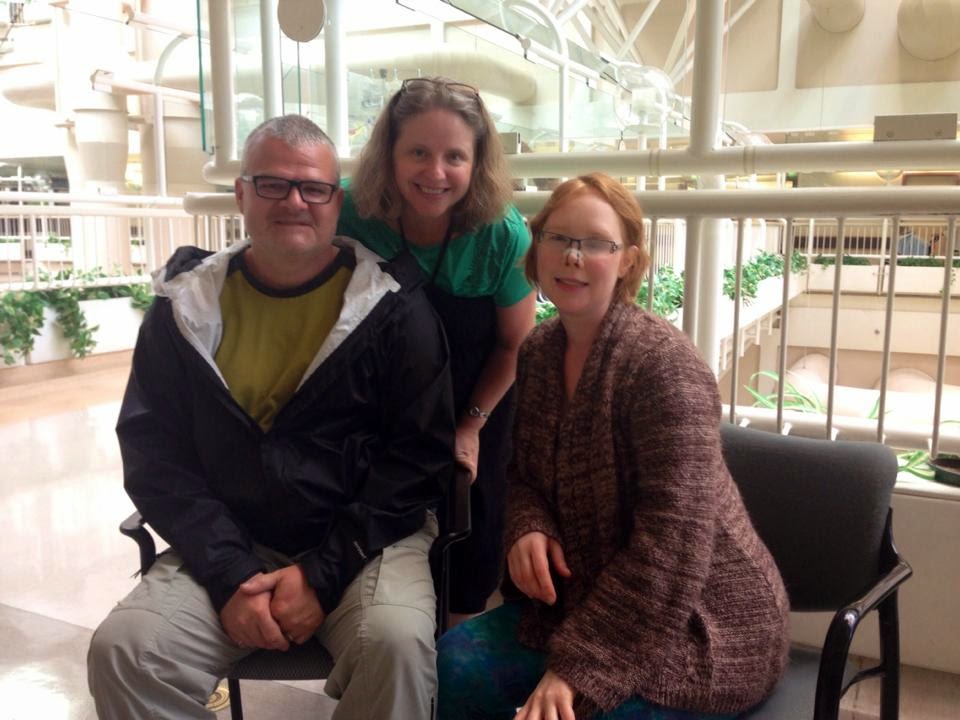 She was also blessed with more visitors today:  Michael and Kathryn dropped by with Julia and Simon this morning, and my sister Lisa and her husband Cam dropped in this afternoon.

Heather was also blessed by poem, written by Nathan Berube, back home in Fort McMurray.  He has allowed me to share it here.

But first,
there must be joining
Active, and passive
So that the healing circuit
completes

The white thaumaturge
Chuckles over the resting spirit
Masked, he and she,
And he asks permission
By speaking the spell.

So the resting spirit
Fecund and weighty,
find solace in silence
As the thaumaturge
Sets to work

The world is coming awake
A rustle. Fibres in concert
Fibres at odds.
Good morning, his smile says
Flame haired She. She sees him...
The Constant Companion
Lips curve. Teeth flash ivory.
And fire kindles in her eyes
Good morning

Thank you Nathan.  This is beautiful.