My weekend was filled with talent, naturally gifted performing artists, dancers and musicians alike, who elevated the Illuminate Talent Search to such a lofty place. 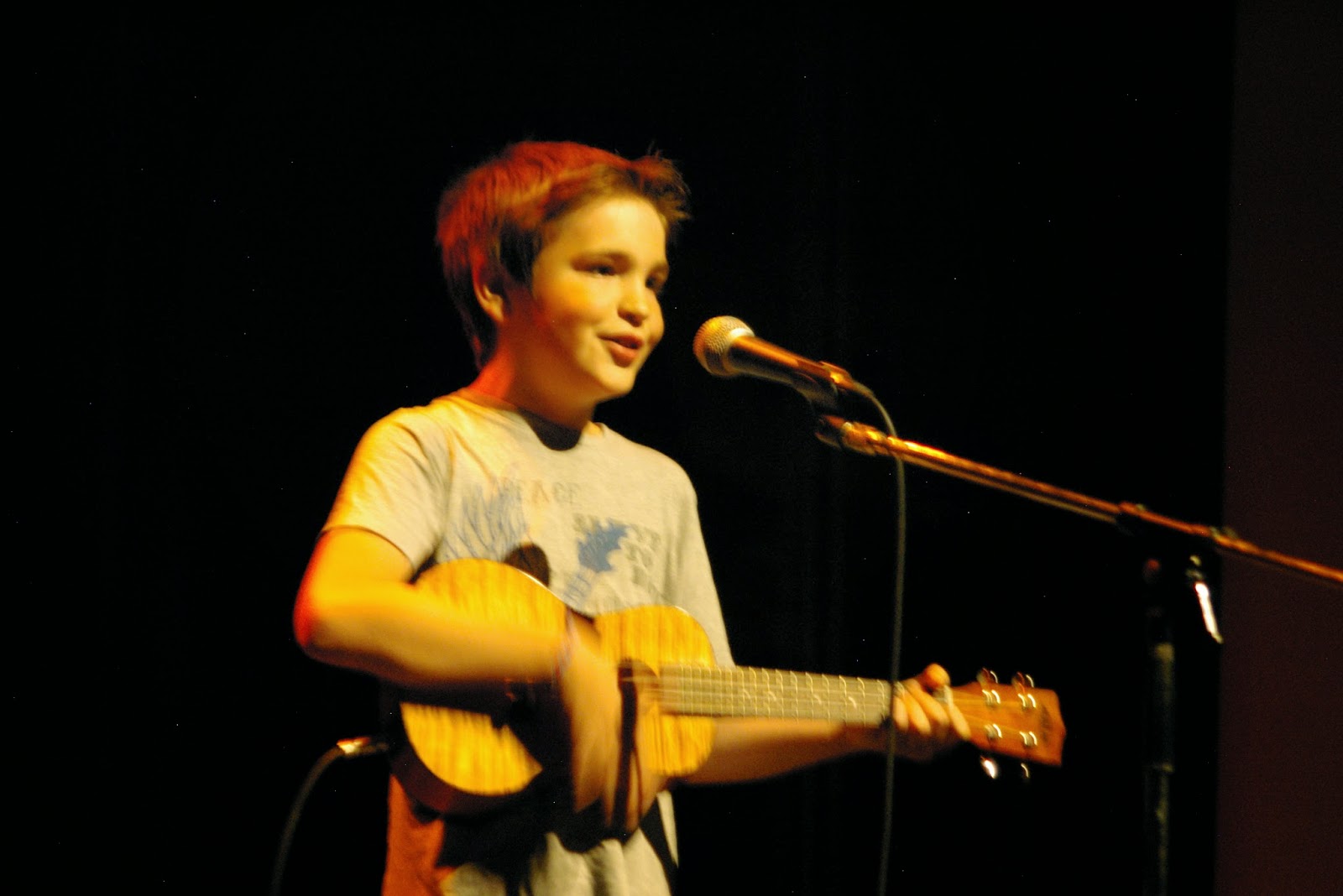 One of the standouts has to be young Gavin Camara.  Only 9 years old, with his trusty ukelele in hand, he inspired a standing ovation after his final round performance.  In all my years of coordinating and judging these talent contest events, I hadn't seen that happen.  Watch this little guy; he is going to be a star; I would put money on it. 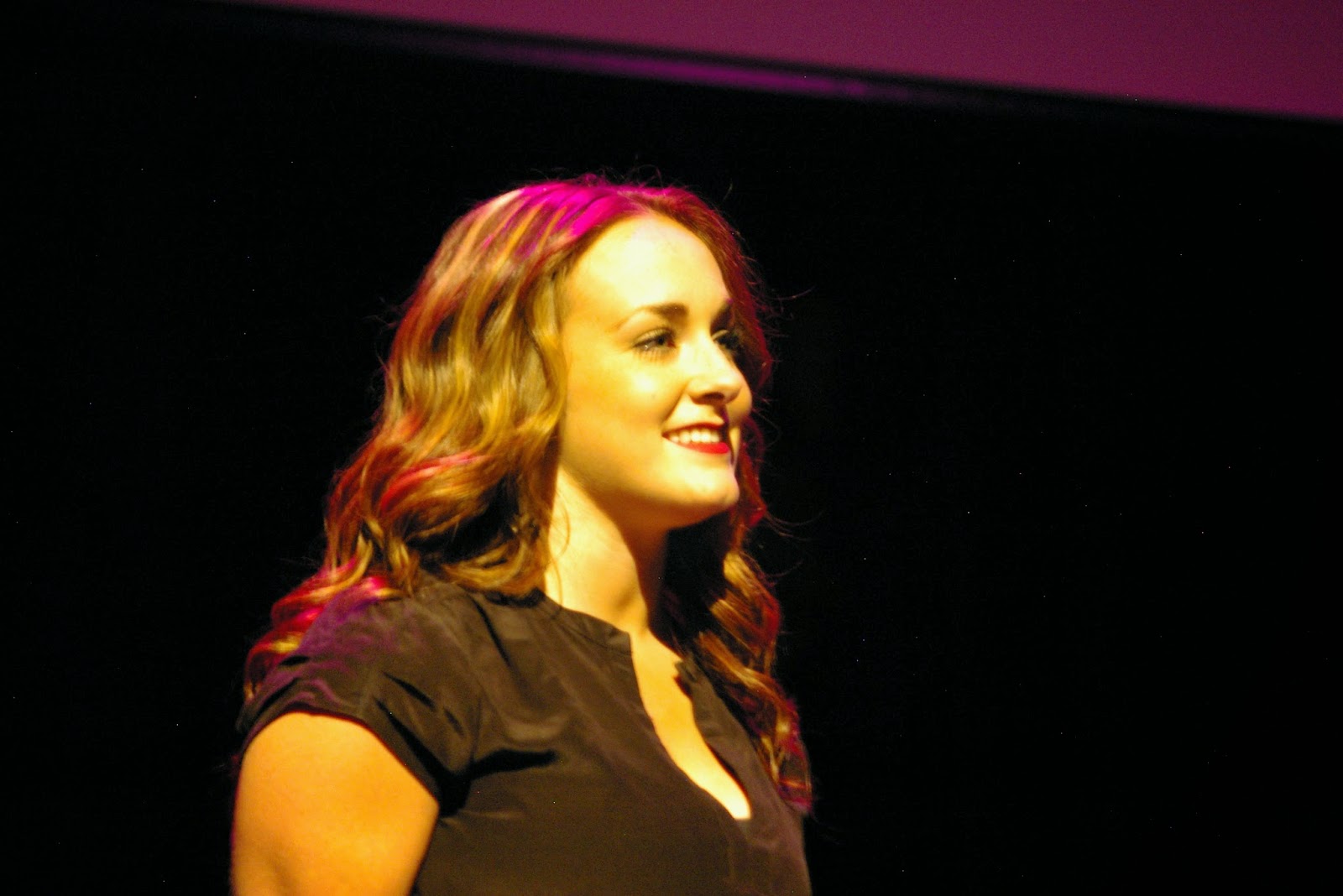 There were so many other stellar performances including Jenna Fewer, a long-time Generation Dance Studio competitive team member and a fellow Hometown...The Musical! cast member, now dancing in Vancouver, but home for the summer.  She was amazing: such strength, expression and connection. 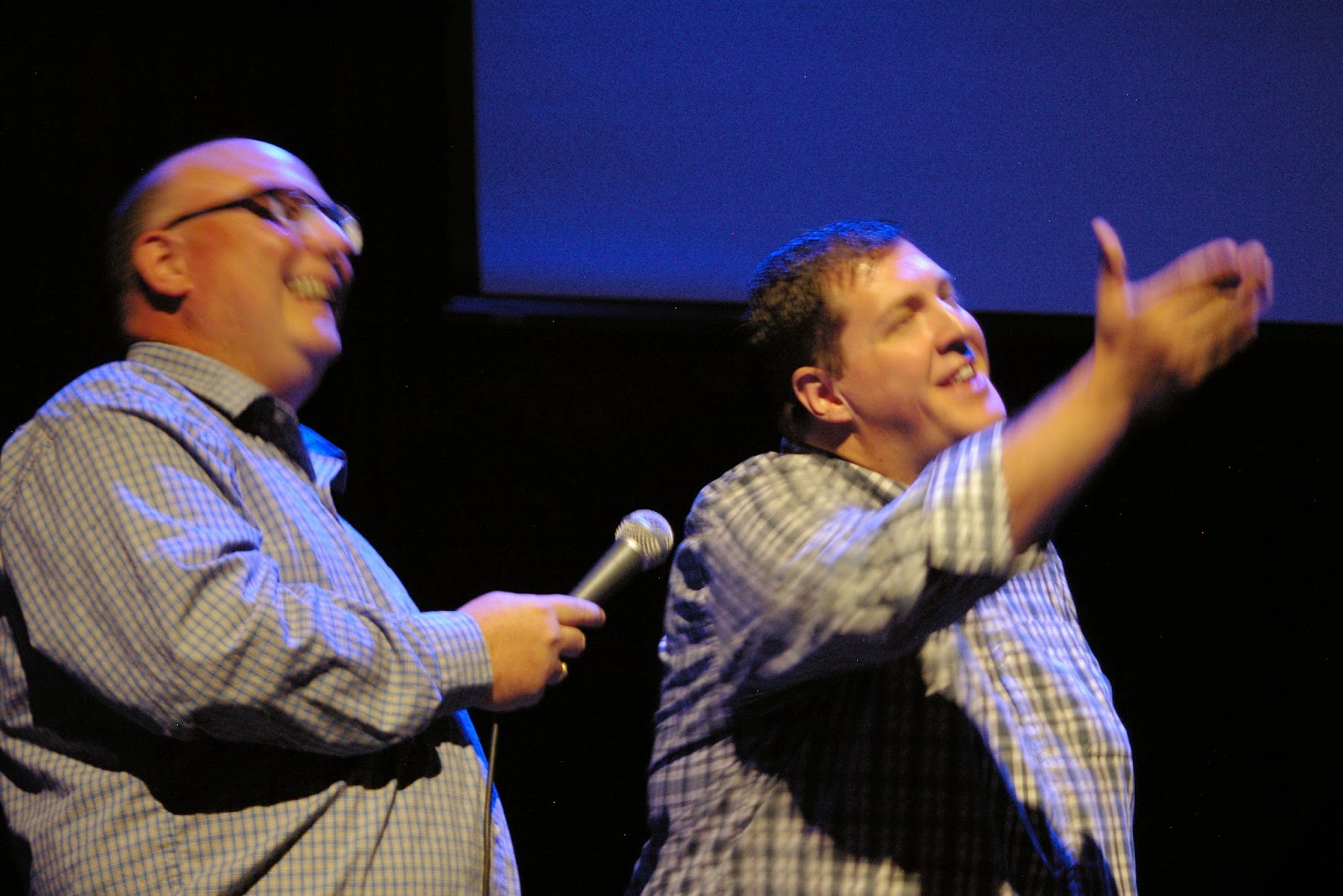 Jason Beck, who won first prize in the music competition, sat down at the electronic keyboard and blew everyone away with his incredible voice.  In the process, he earned the nickname Jason "Billy Joel" Beck.

A talent search is so much deeper and richer than the winner's list.  I'm so grateful that a lot of people attended the entire event and got to see the arc of the story, the plethora of gems who could emerge in the next few years like so many others have done before them. 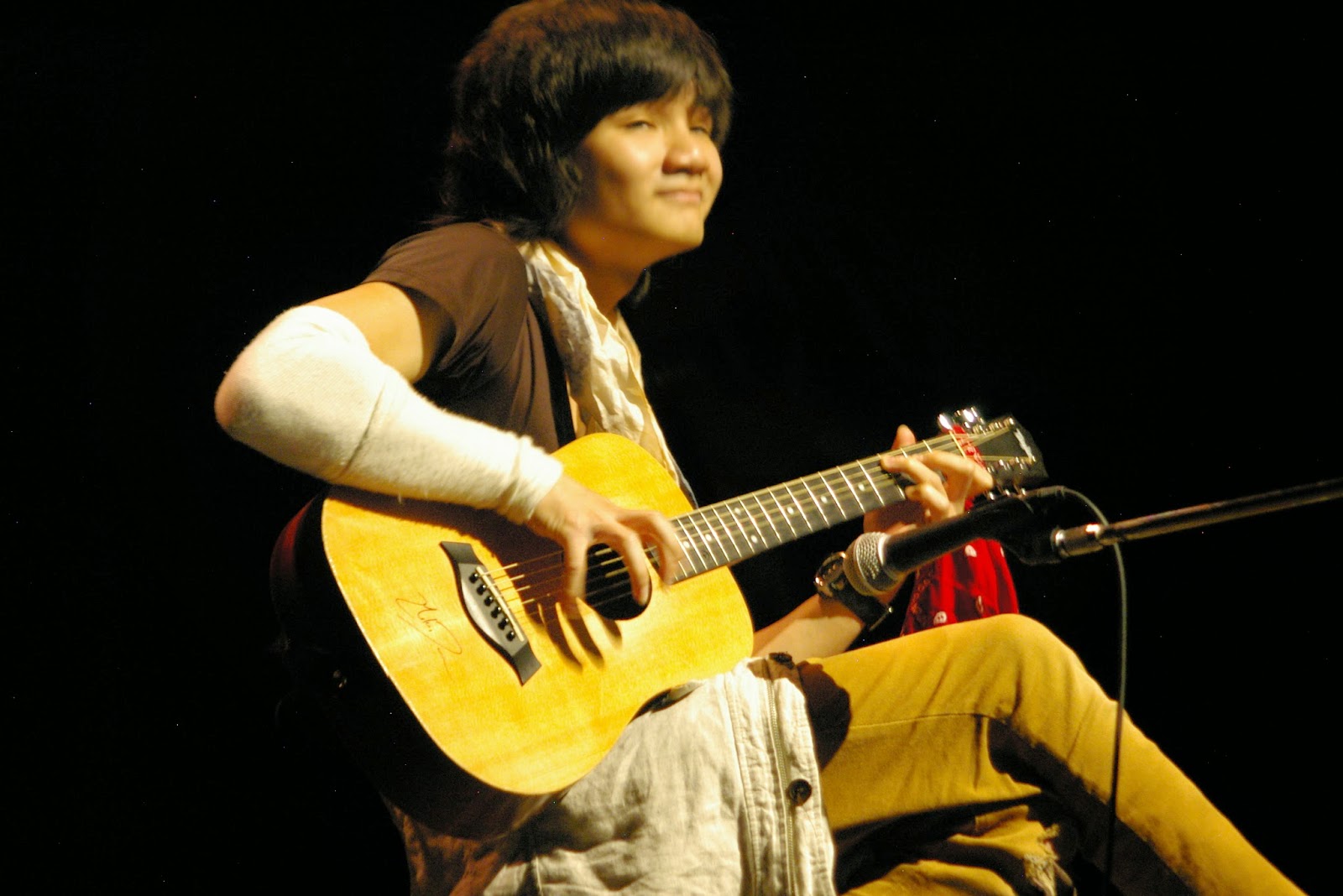 Samson Lee is a great example of a legitimate phenom.  A short clip popped up on Facebook of his second song that he performed yesterday.  Your jaw will soon be on the floor.  The sounds that he is able to make with a guitar are mind-boggling.

I also appreciated that Illuminate ended up being a reflection of our community with talents who have moved here from around the world (Nigeria, Bangladesh, Philippines) and from across the country (Nova Scotia, British Columbia, Manitoba). 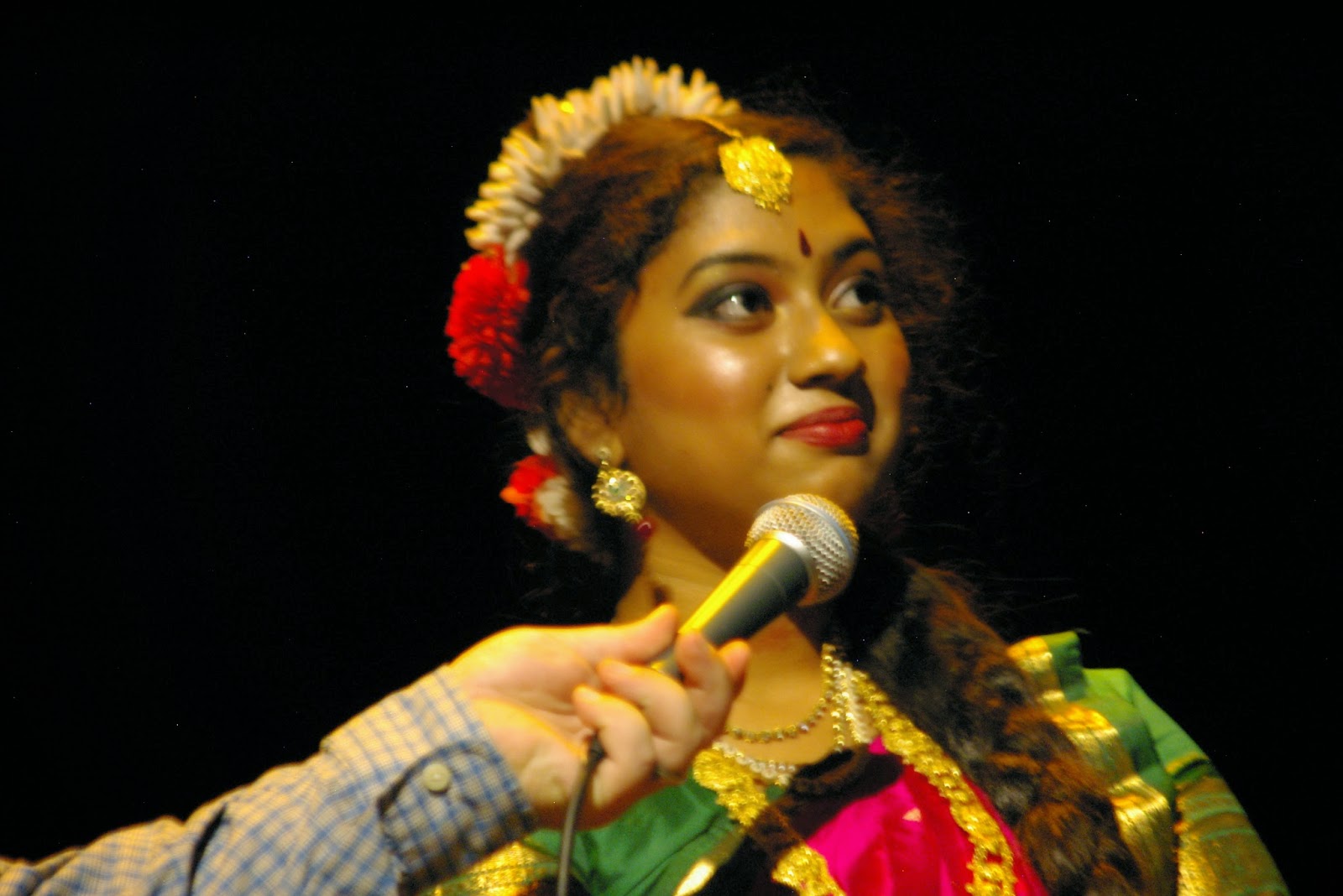 I've been a big fan of Akshaya Lakshmi for some time.  She is a 15 year-old East Indian dancer who was born in the Middle East, but has lived much of her life in Canada.  In my eyes, she is a brilliant bridge between cultures, and has developed her traditional dances to such a high level.  I feel so privileged every time I get to watch her artistry. 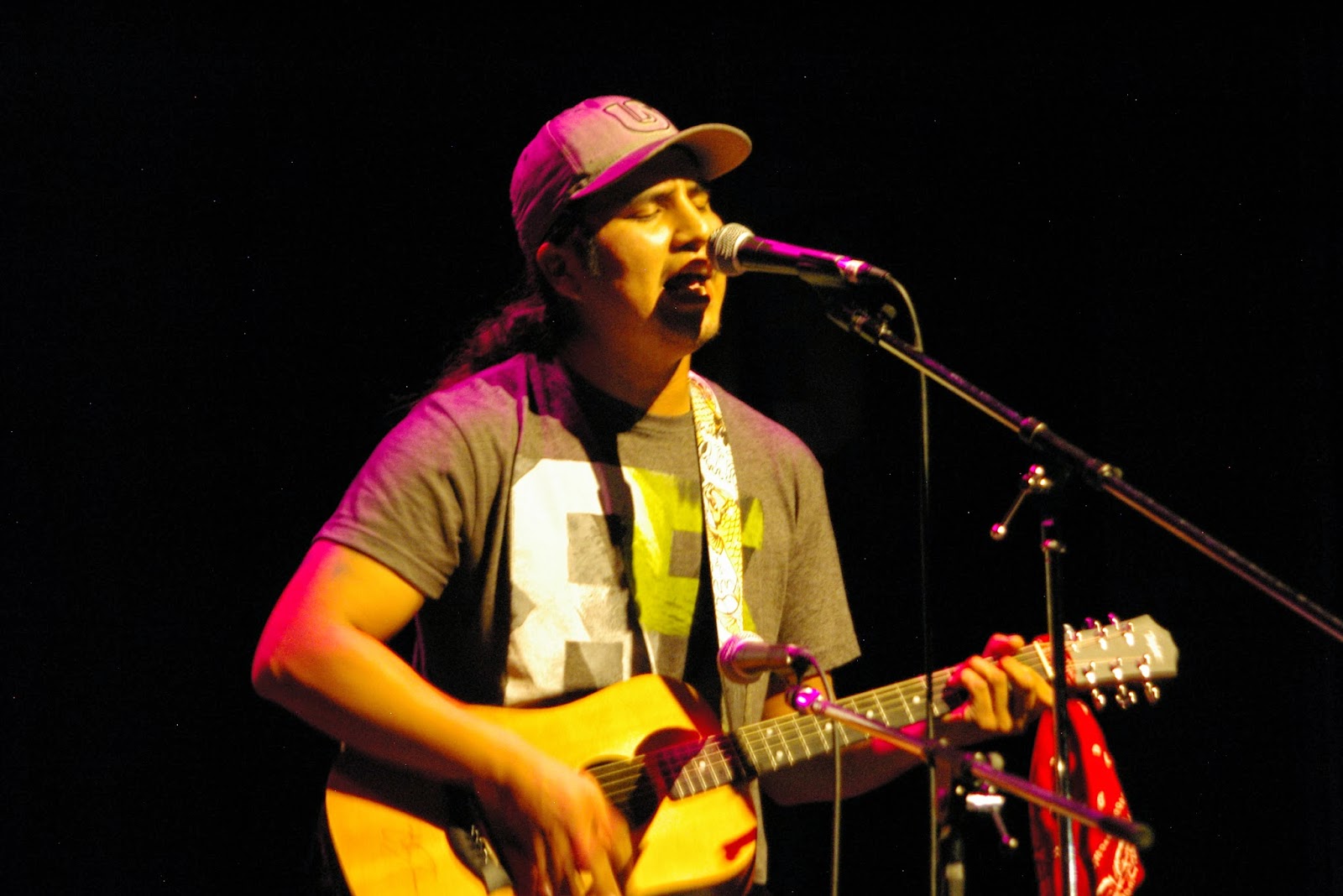 I really enjoyed meeting Adrian Cook.  He's a drywall technician originally from Swan River, MB, which is just across the border from where I grew up.  In fact, I went for my first drink in a bar there when I was 18 - the drinking age in Saskatchewan was a frustrating 19.  I still remember the acid wash jeans I was wearing and the mullet I was sporting on my head.  I thought Adrian did two entrancing performances and has a voice that is truly something special.  He was a previous winner of Boomtown Idol. 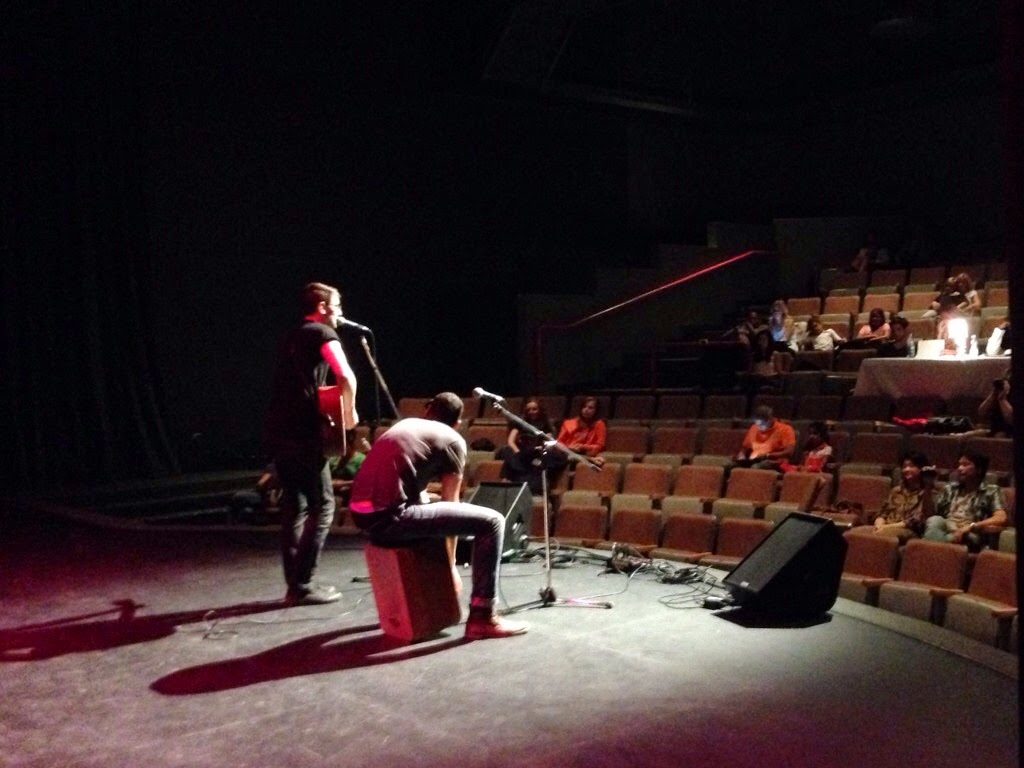 Richardo Germain and Mike Hall really stepped it up on day two of Illuminate, and even though I was listening from backstage (I was emceeing), they still captivated me, earning a second place finish in the competition.  These guys have an original sound and do original material that is stellar.  Watch for Adam's Honor (their duo name) in the community and take every opportunity to see them. 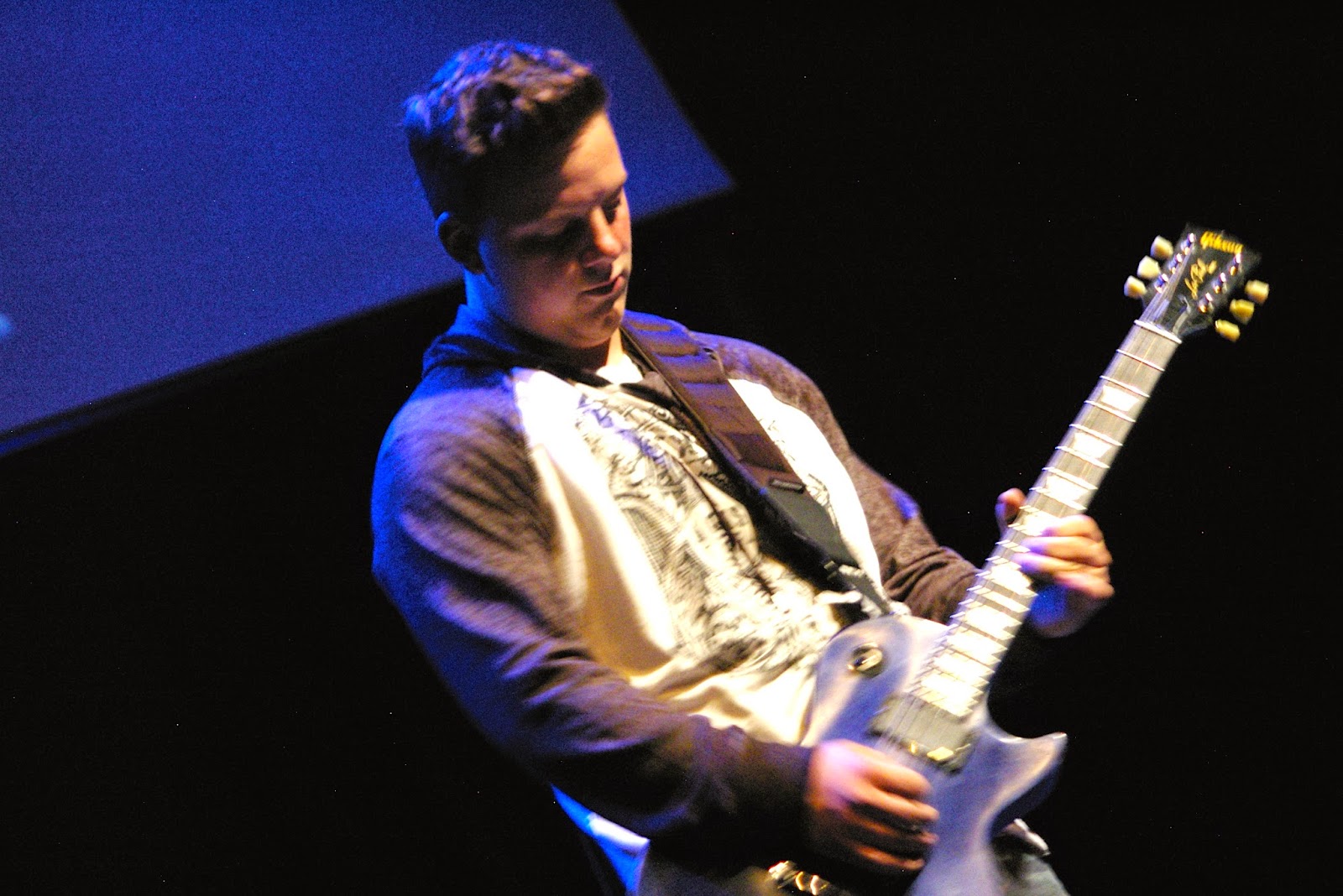 Matt Cote is another one to watch.  He is a guitarist of the highest order from Anzac, only 16 years of age but appearing like 25.  He started to talking to me about tectonic chords, progressions and various other things on a break.

"You might as well be speaking Chinese," I said, not having a clue what he was talking about.

His dexterity on the frets (I know what those are) is unbelievable.  I could tell his parents are so proud, as they were there from start to finish cheering him on. 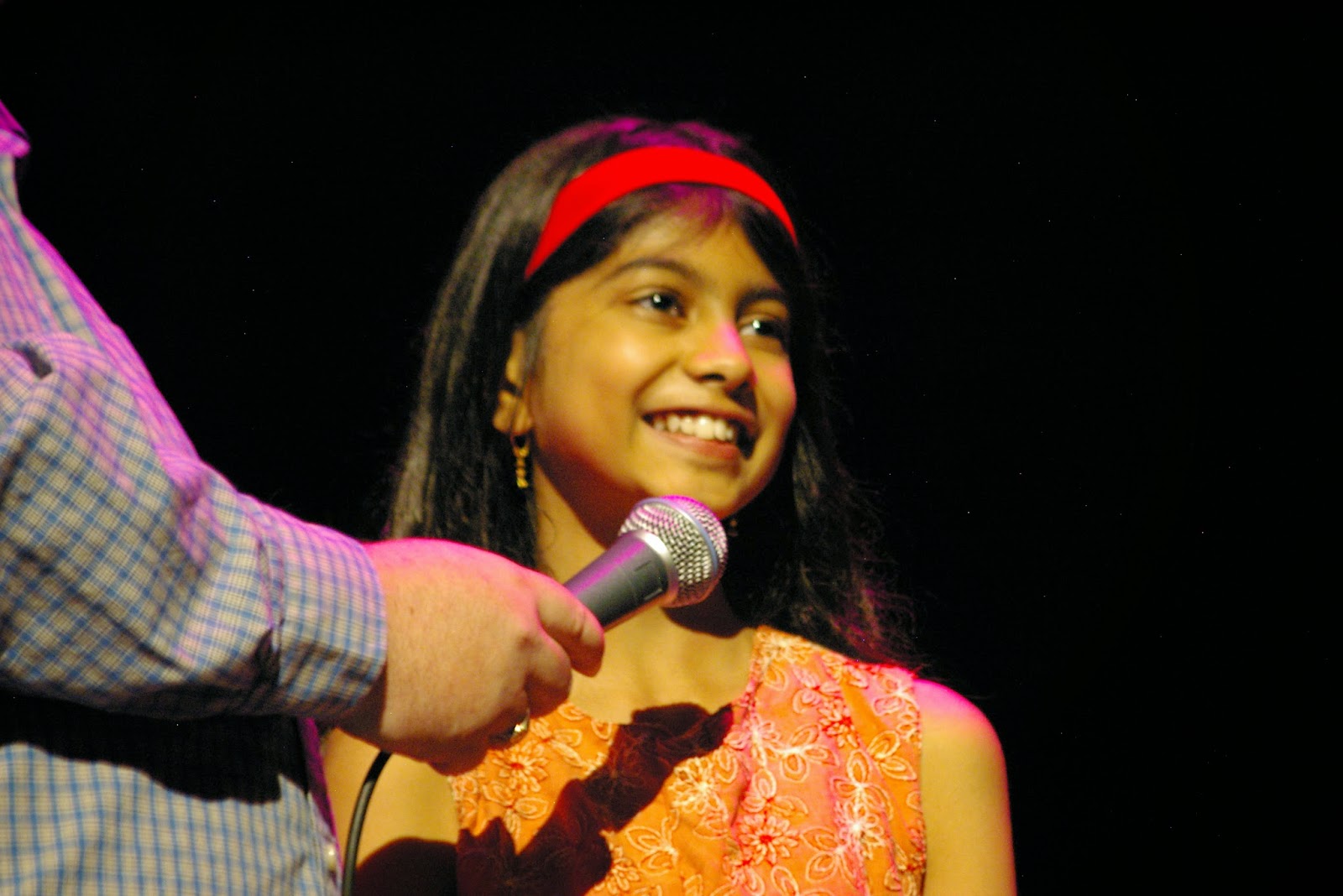 I think we were all proud of Amrita Mosale for stepping up and reprising her role as Cosette in Les Mis.  It was so lovely hearing her doing "Castle on a Cloud" again, earning a comment from Mychela, one of the music judges who had seen the February production, that she sounded even better than she did in the show.  That's a huge compliment and reflective of Amrita's generous spirit, commitment and passion for performance.

These talent searches are a family affair, which is why the idea struck me to take pictures against the YMMiFF wall - we were sharing the venue - as people arrived.  Here are a few of my favourites. 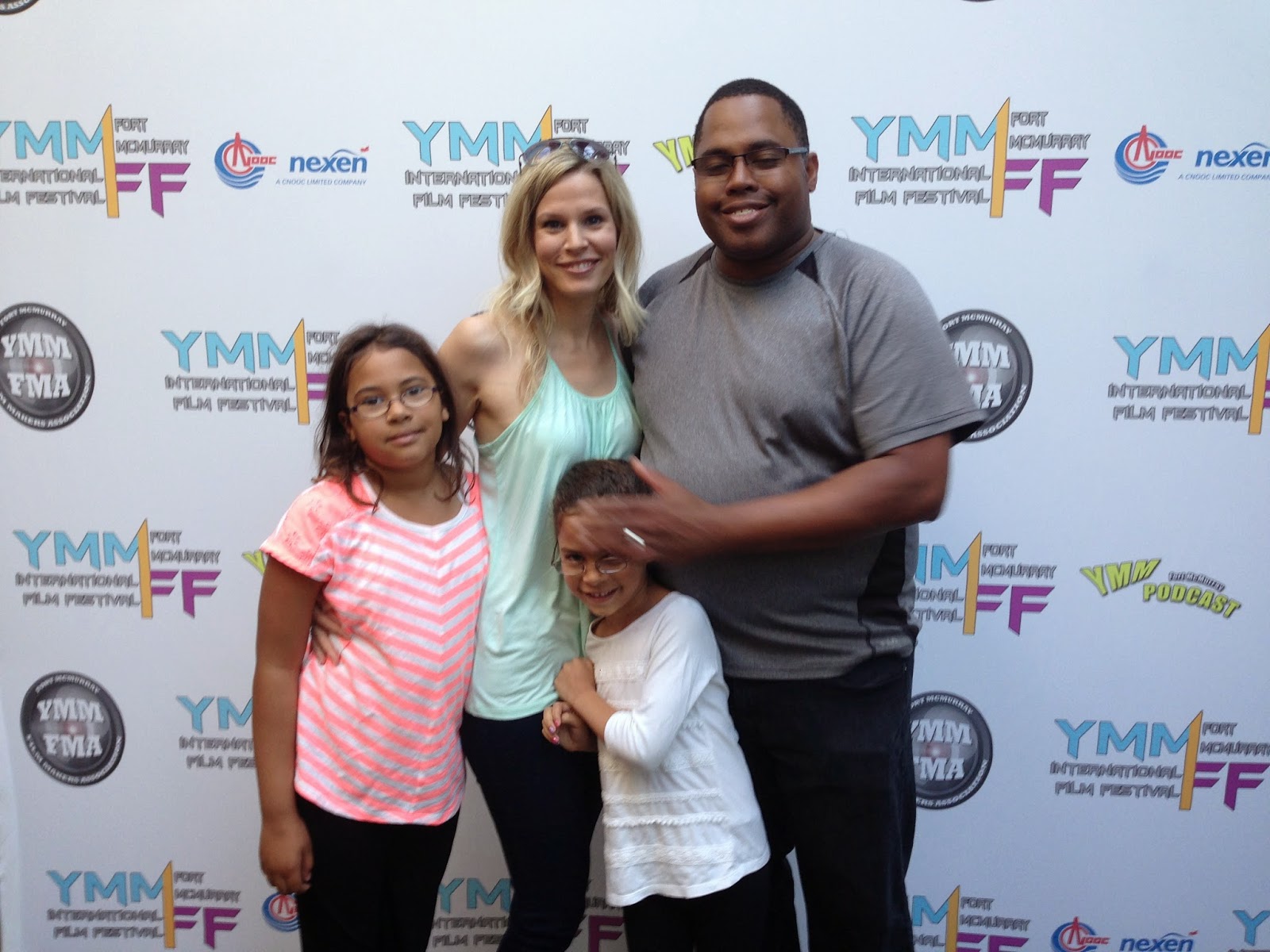 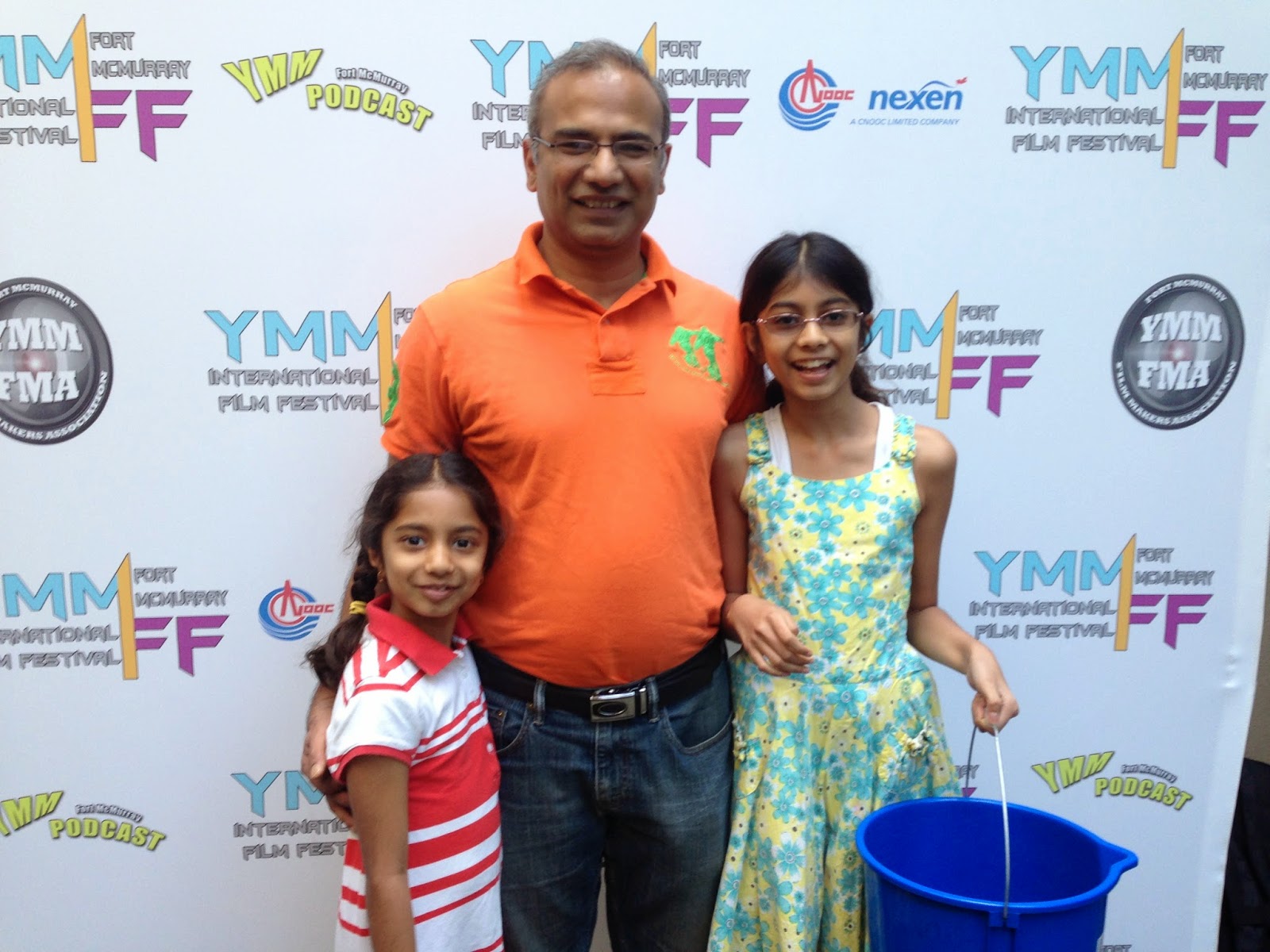 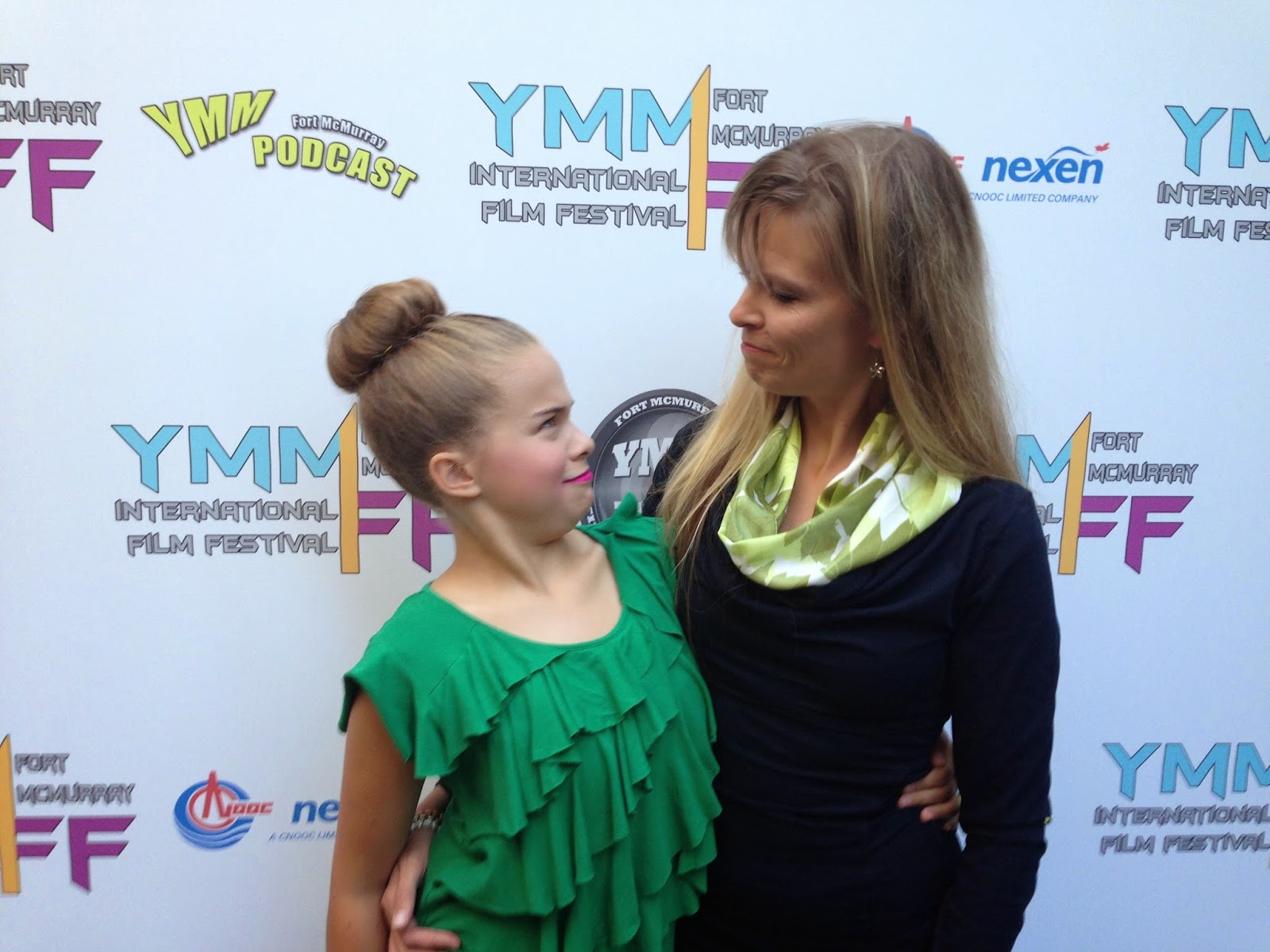 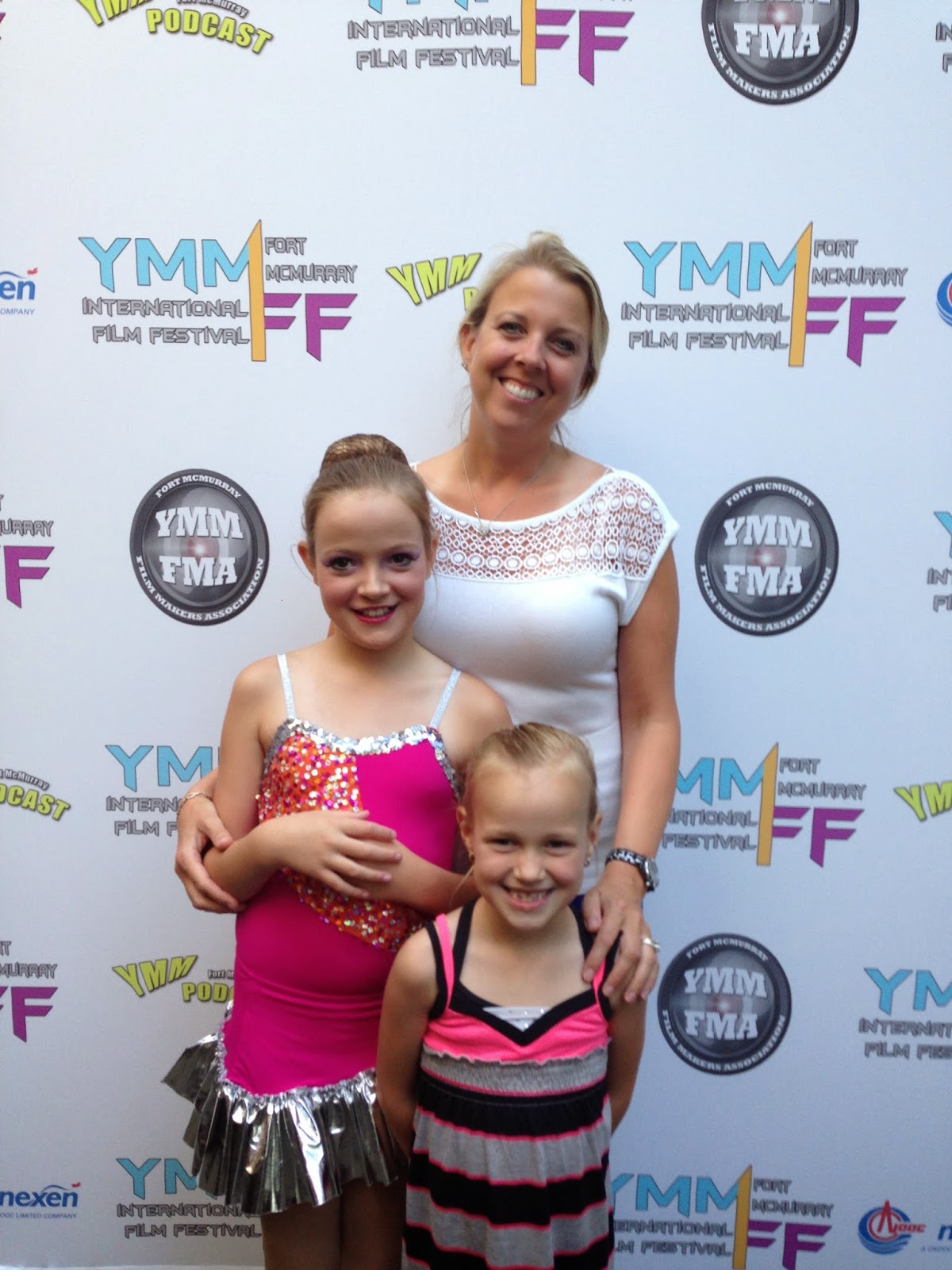 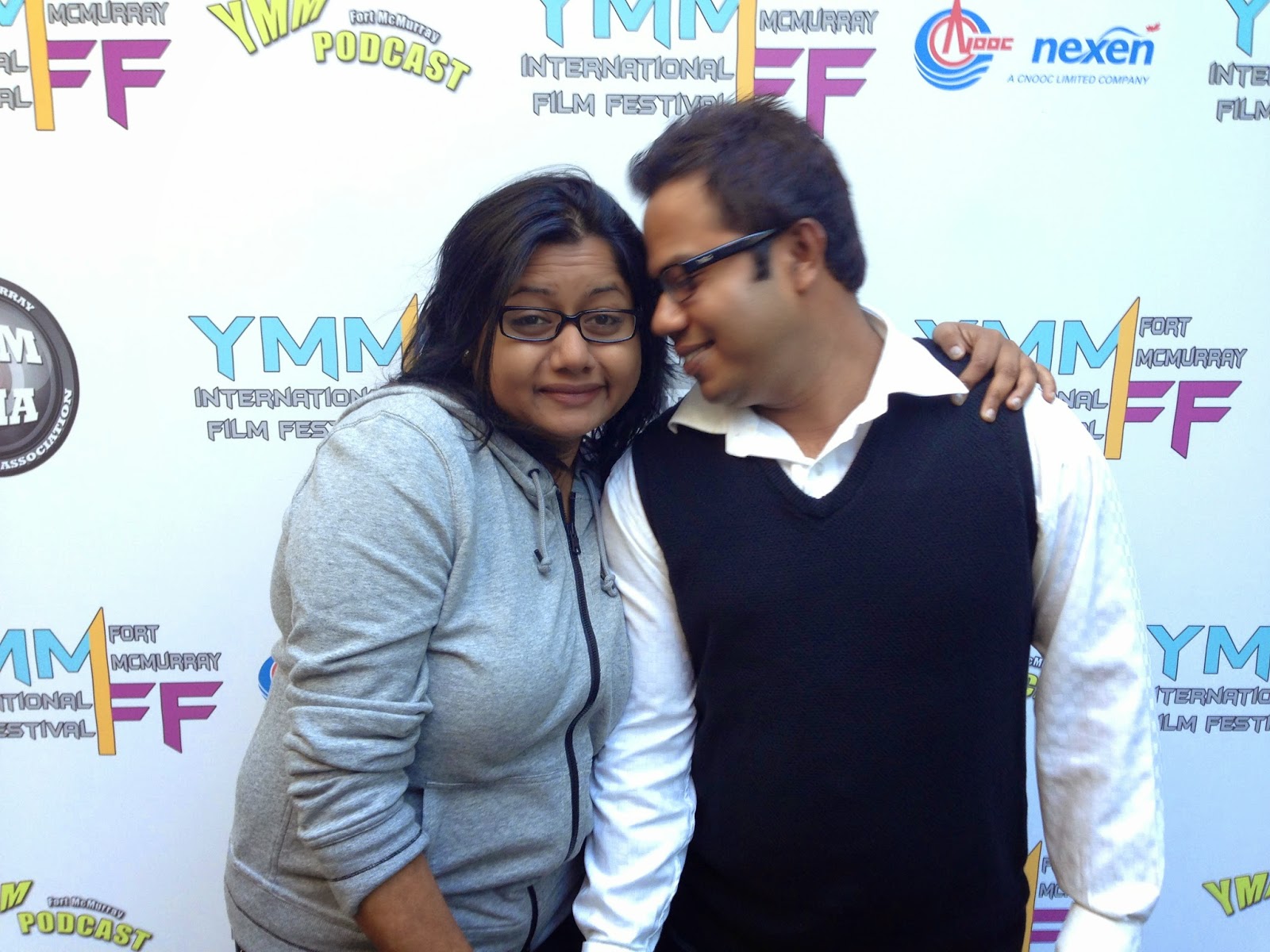 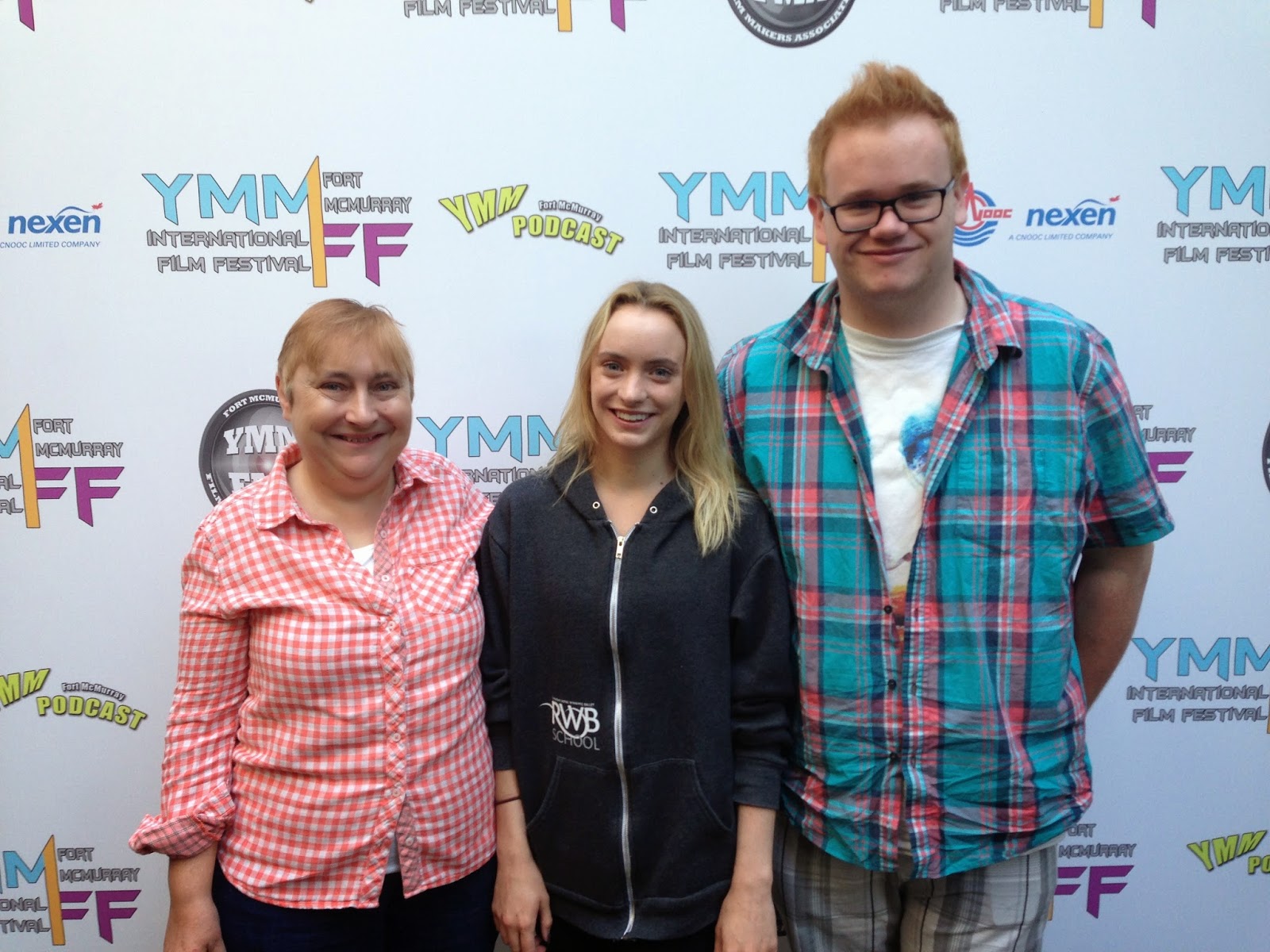 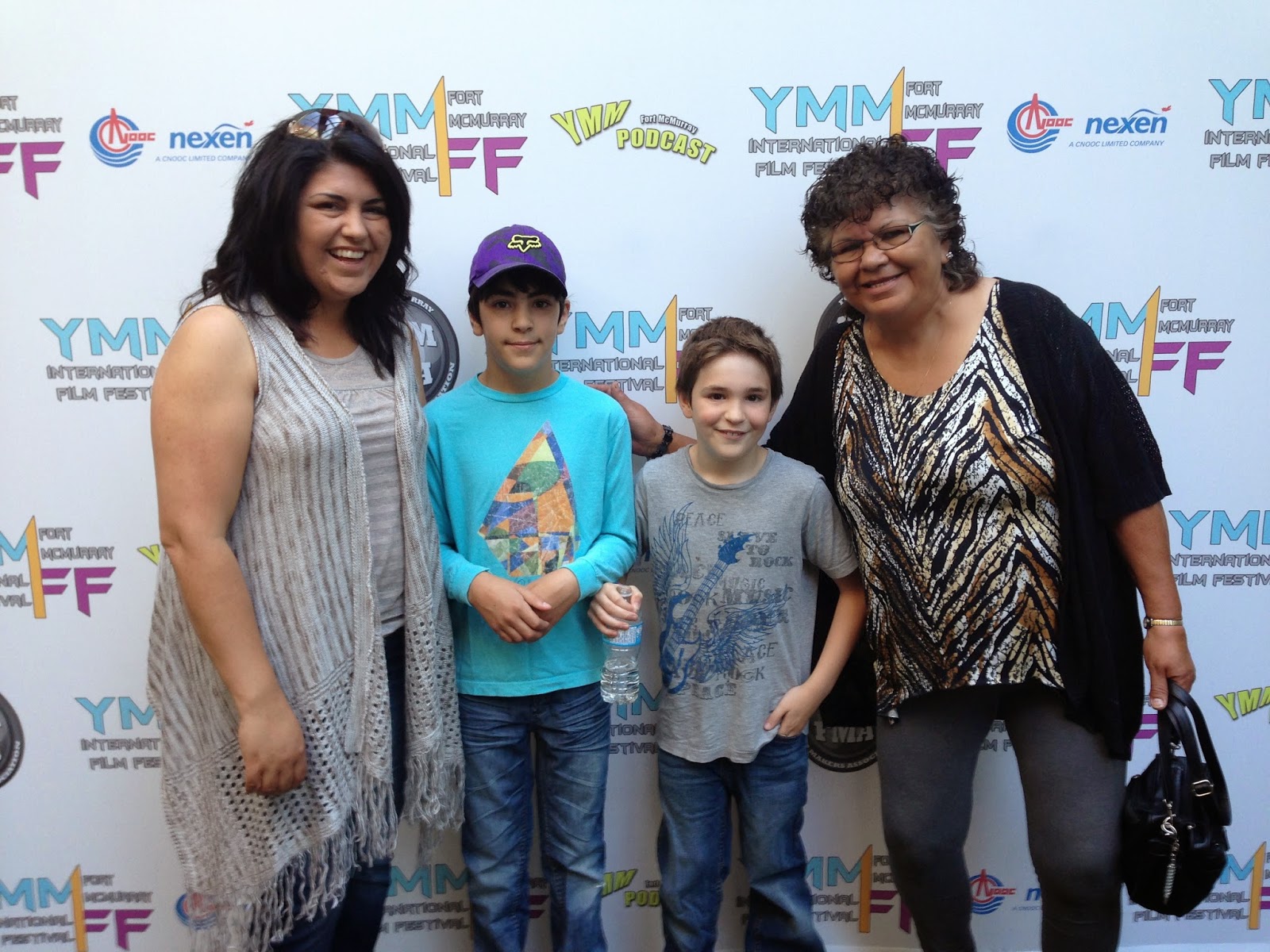 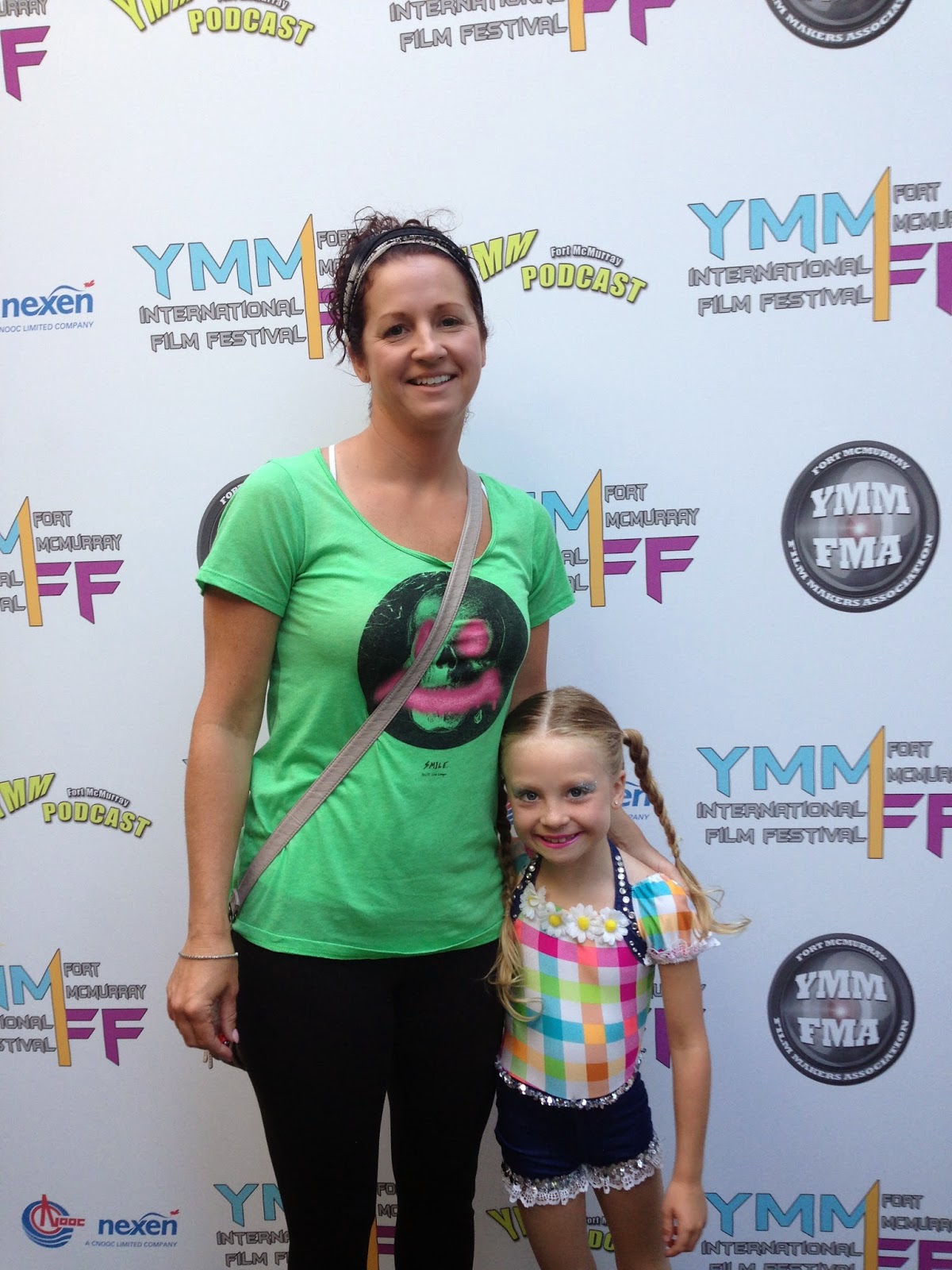 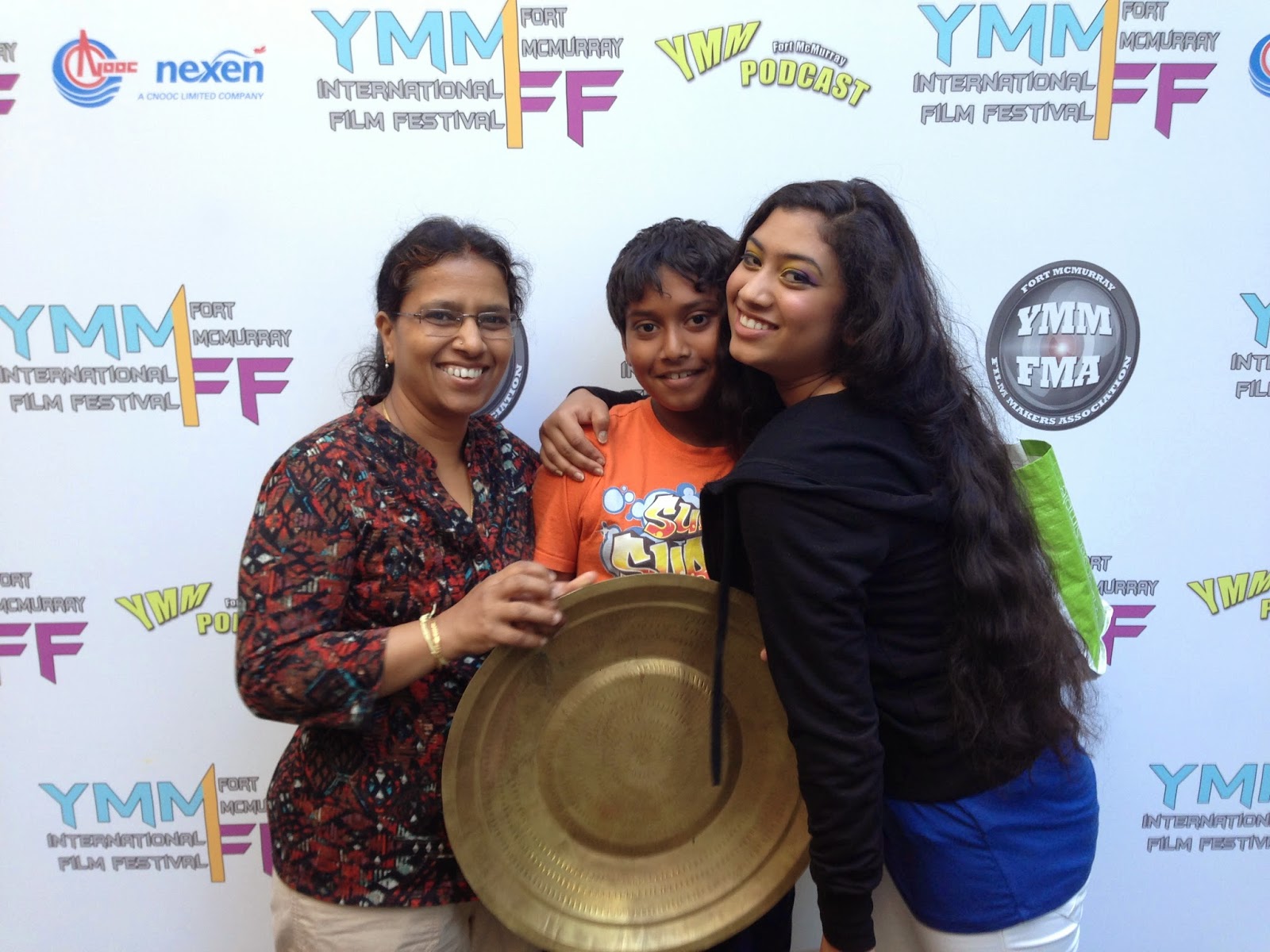 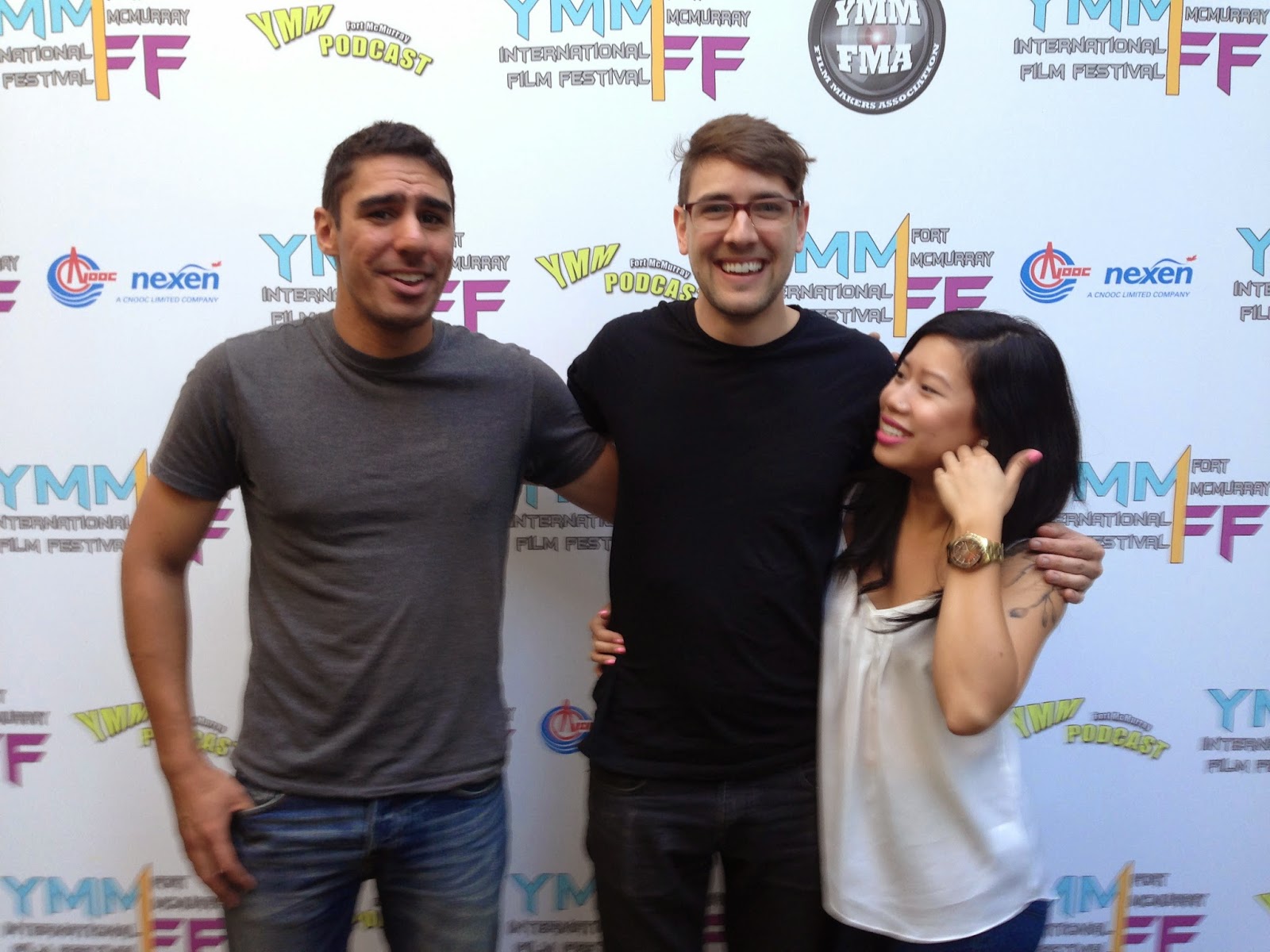 I'm so thankful for Arts Council Wood Buffalo and Suncor Energy for their support of Illuminate.  I'm also eternally grateful to Constance, Sophia and Dylan for their help. 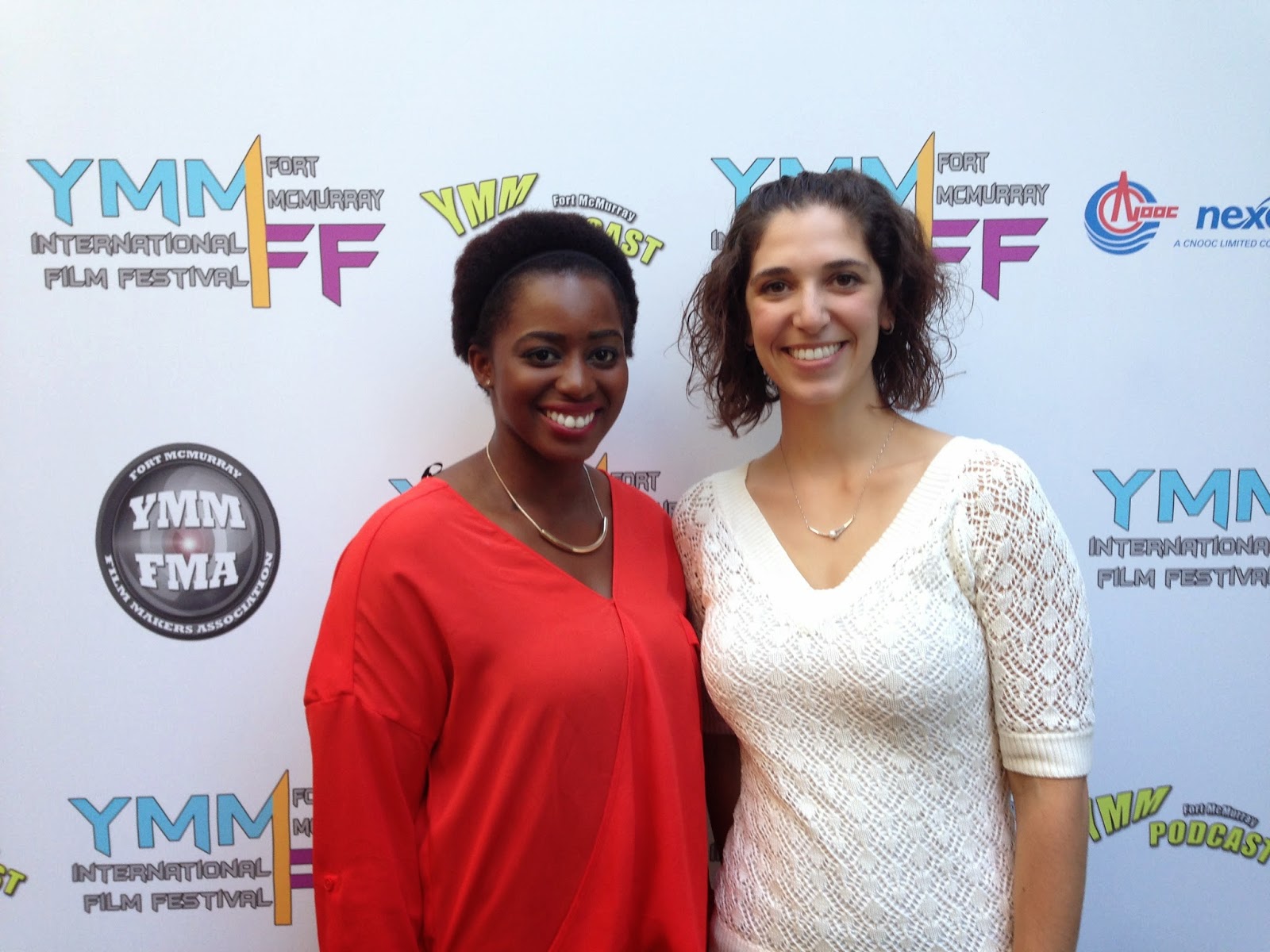 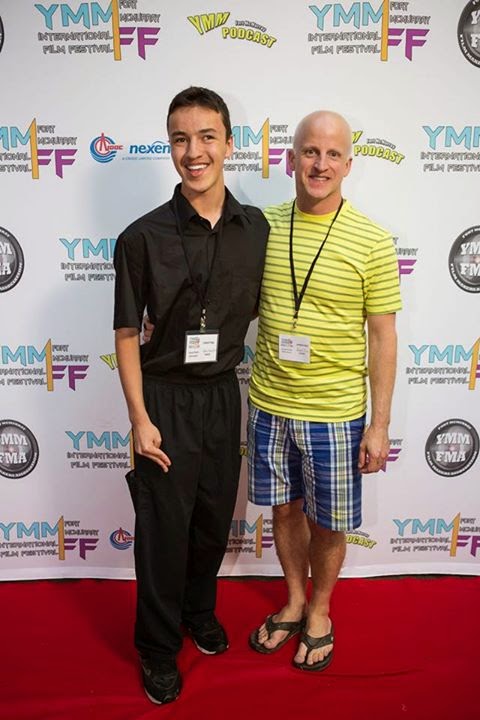 My final expression of gratitude goes to our judges.  Their authentic, informed, and thoughtful feedback was invaluable to the process.  Their embraced the task of selecting winners, a task I would not have wished on anyone based on the level of talent that we witnessed. To Dan, Angel, Sean, Mychela and Mike: a world of thanks. 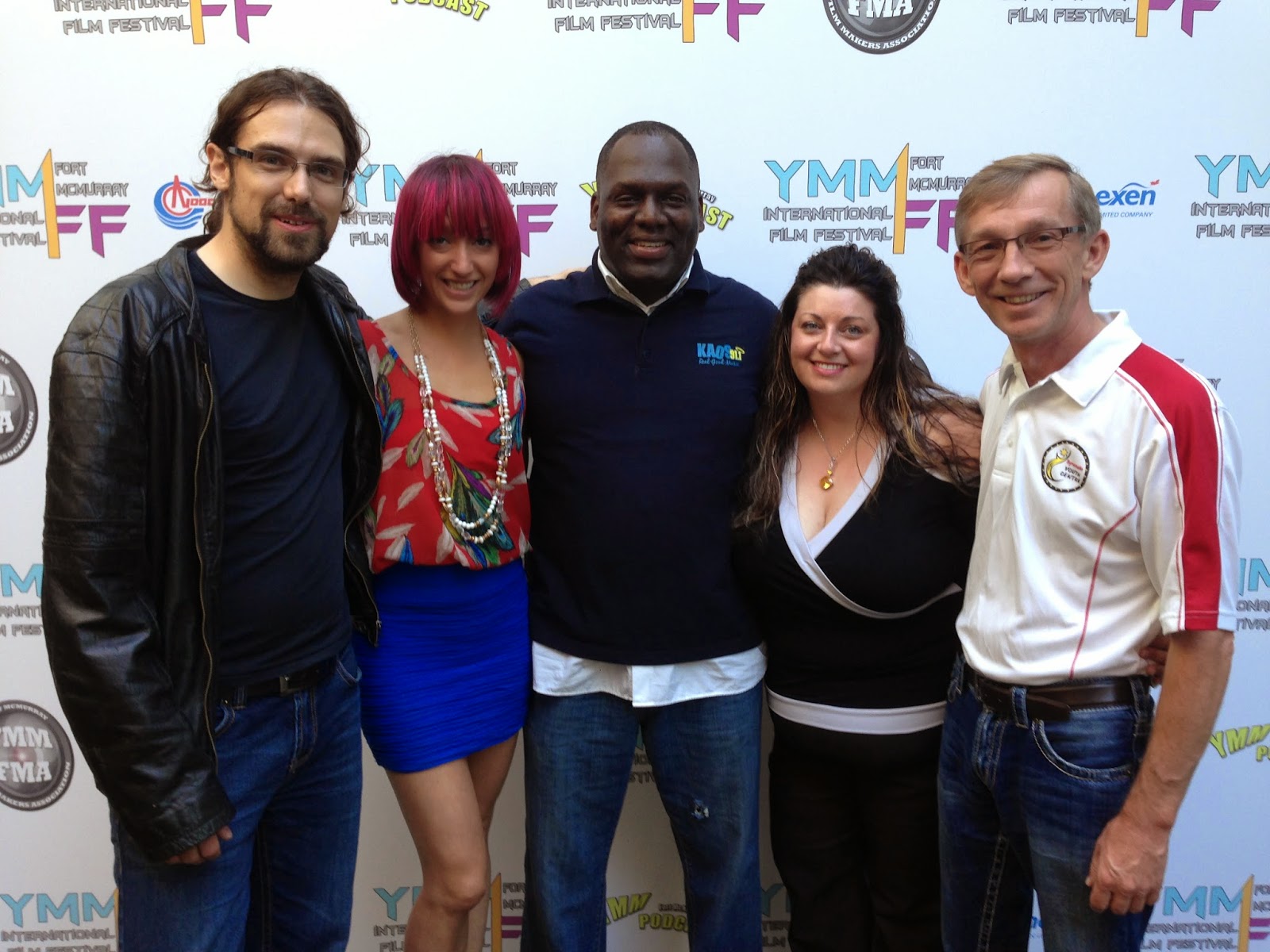