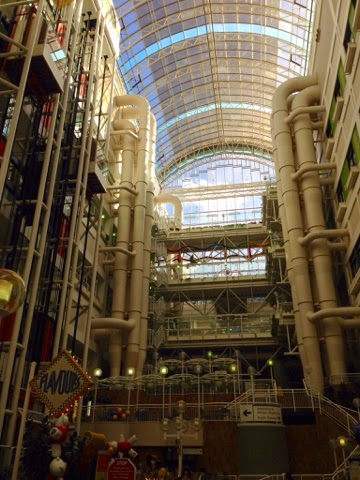 The hospital is a lot less busy today, it being the start of a long weekend.  Some of the amenities are closed, doctors are scarce and the activity level is markedly different than yesterday.  We had a visit from one of the operating surgeons, not the neuro-guy, but the ENT who did the bulk of the work.  He was able to confirm that everything went well and that Heather is on the road to recovery.

She was watching the clock, waiting for the hour when she would be able to sit up for the first time and regain some of her freedom of motion.  She had been stuck in a horizontal to 5-degree pose for the better part of 24 hours and was eager to get up and move around.

Thankfully, her triumphant return to the upright position was not accompanied by the requisite light-headedness and nausea, side effects that are quite common in these circumstances.  Good thing, too, as Michael, Kathryn, Julia and Simon showed up almost at that moment for a little visit, followed quickly thereafter by Jayme, Mark and Avery.

I ducked out of the room once the visiting started; there isn't an abundance of space in these rooms.  I'd been keeping myself occupied watching (from a distance) the action back at home with the Illuminate Talent Search at Sustainival.  I also finished re-reading The High Road by Terry Fallis and did a couple of Sharpie drawings. 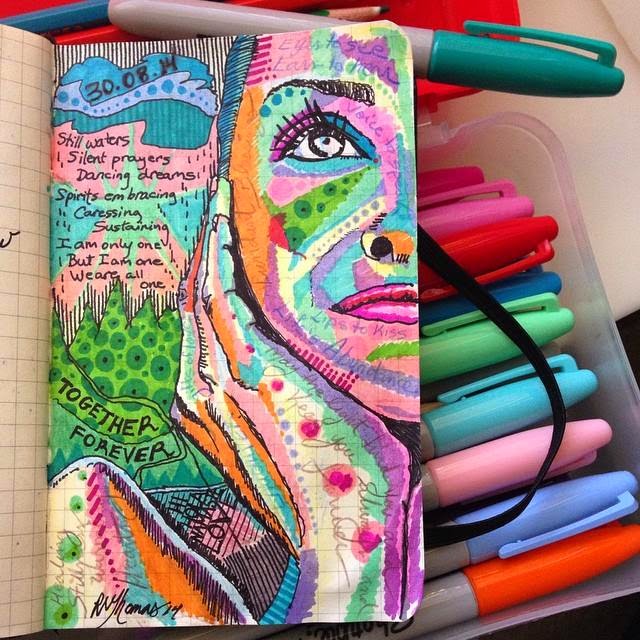 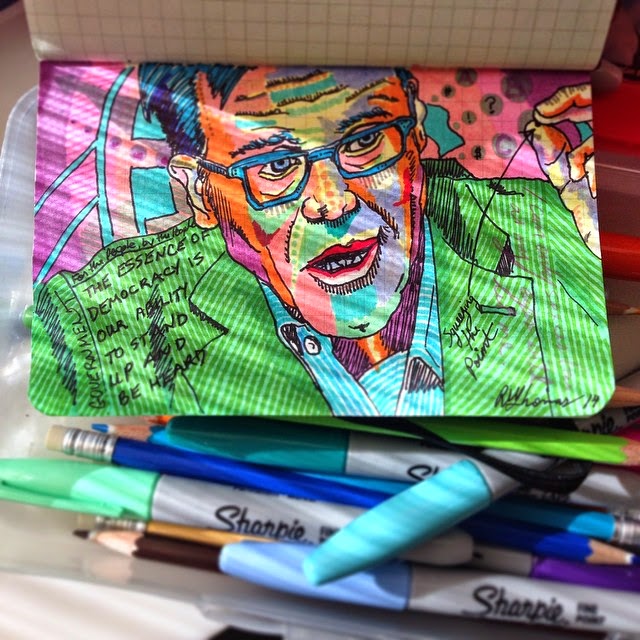 I enjoy doodling; can you tell?  I inadvertently left some of my drawing stuff back at the house, so I had to make do with what I had. The Sharpies I had purchased recently came in quite handy as I put pen to paper in my handy little black book.  The second drawing looks like a cross between a certain municipal councillor and a country-music-singing-Metis President, though neither is who it is supposed to be.  Having nothing to draw, I found a discarded copy of today's Metro newspaper and just ripped out a few photos that jumped out at me.  The guy on the bottom has something to do with managing the current Ebola crisis.  The gal on the top?  I really have no idea; she was featured in a yoga ad or something.

Heather, able to move around more in her bed, rolled over on her side after the flurry of visitors, and is enjoying a long overdue deep sleep.  As with every elongated hospital stay, getting successive hours of shuteye is very difficult, what with nurses coming in constantly to check vitals, take blood samples, and myriad other things to make sure the ship continues sailing in the right direction.  Based on what I can tell, this particular ship is steaming right along and we should be home early next week.