There is a sweet spot for WiFi reception that I discovered almost immediately as Heather's surgery began.  I ended the first instalment with my jubilation at having found a strong signal.  As the docs did their fine work, I discovered that this particular spot is one of the only places where the signal comes in strong enough to effectively use.

I spent a lot of time here yesterday, as there was really nowhere else to go - Heather had not been assigned a room yet.  I did some work, read, drew and wiled away the time as best I could, waiting for noon, at which time I was supposed to call a number to find out where Heather would be laying her head for the next few days.  My only smidgeon of worry occurred when I called at that time and found out she was still in surgery.  The worry quickly dissipated as Dorothy called to let me know that Heather was in the recovery area, just waiting for a room to open up. Twenty-four hours later and I still have not talked to the neurosurgeon, so in that sense, I'm still completely speculating that all went well and that the procedure was successful.  Heather was lucid, expressive, and aware by the time they brought her into the ward after the 4-5 hour procedure.  By that measure, and the countenance and observations of the attending nurses, everything appeared to have gone without a hitch. 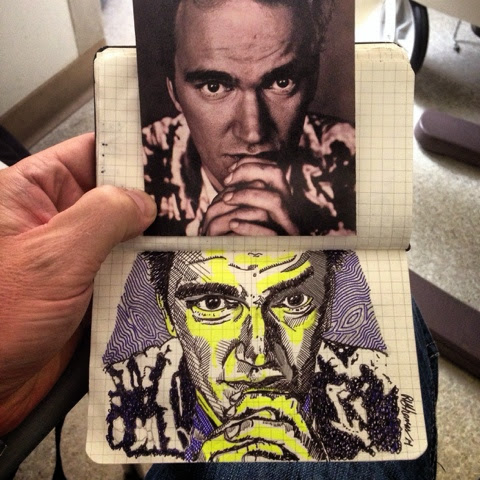 Owing to the fact that they couldn't risk Heather getting nauseous and stomach sick, they really limited her intake of water post-surgery.  She was relegated to sucking the moisture out of these green sponge-on-a-stick things. 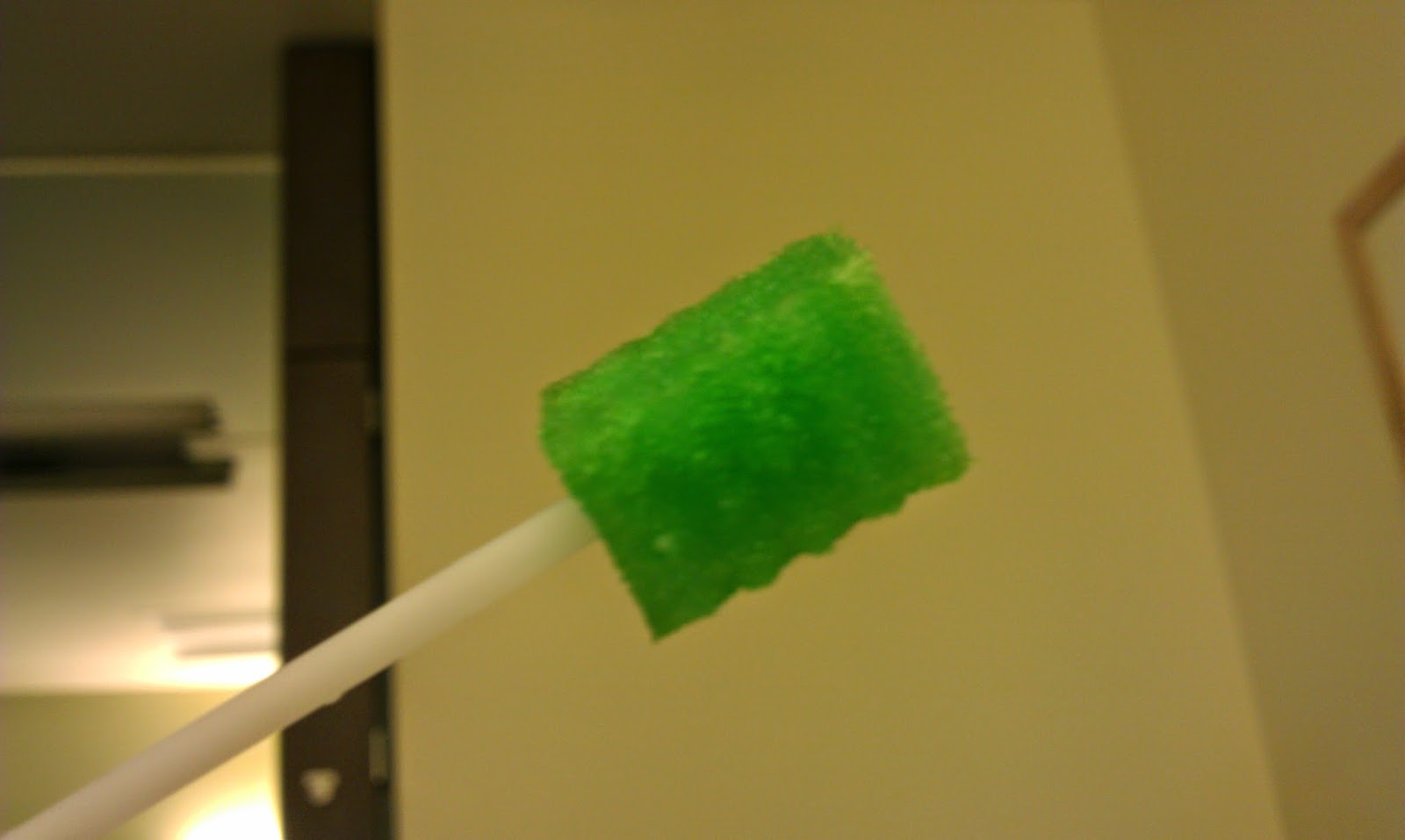 "This is the best thing I've ever tasted," she said almost every single time I dipped one in the ice cold water and passed it over.  Not being able to drink water - which she normally consumes in copious amounts - combined with the fact that she had to largely breathe through her mouth, every little drop of water she was able to get felt luxurious and amazing.

She suffered through some headaches and incessant dripping from the incisions that had been made inside her nose to allow access to the pituitary.  The nurses were very helpful, as were the pain meds they were able to give. 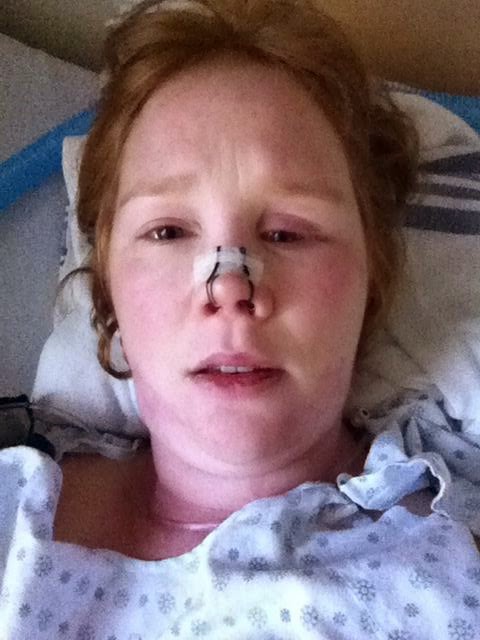 "There are little strings coming out of my nose," she observed, after having taken a selfie yesterday evening to see what she looked like.  The little strings/threads appear to be holding things in place to allow for healing - she had no idea they were there for most of the afternoon and evening.

She had left each of us little love notes.  I got two, one for after she went into surgery and one for this morning including precise instructions for what would bring her comfort.  While Heather has evolved into a deeply spiritual person, she still has a very dynamic inclination to being a linear thinker.  She thought through everything and identified ways that she could control and/or influence her situation to affect a positive result.

"I'm doing excellent," she said to the nurse as I was leaving last night to catch up on some sleep and gather things for the following day.  It was a great way to end a very positive day, a day that was not without its risks or fears.
Email Post